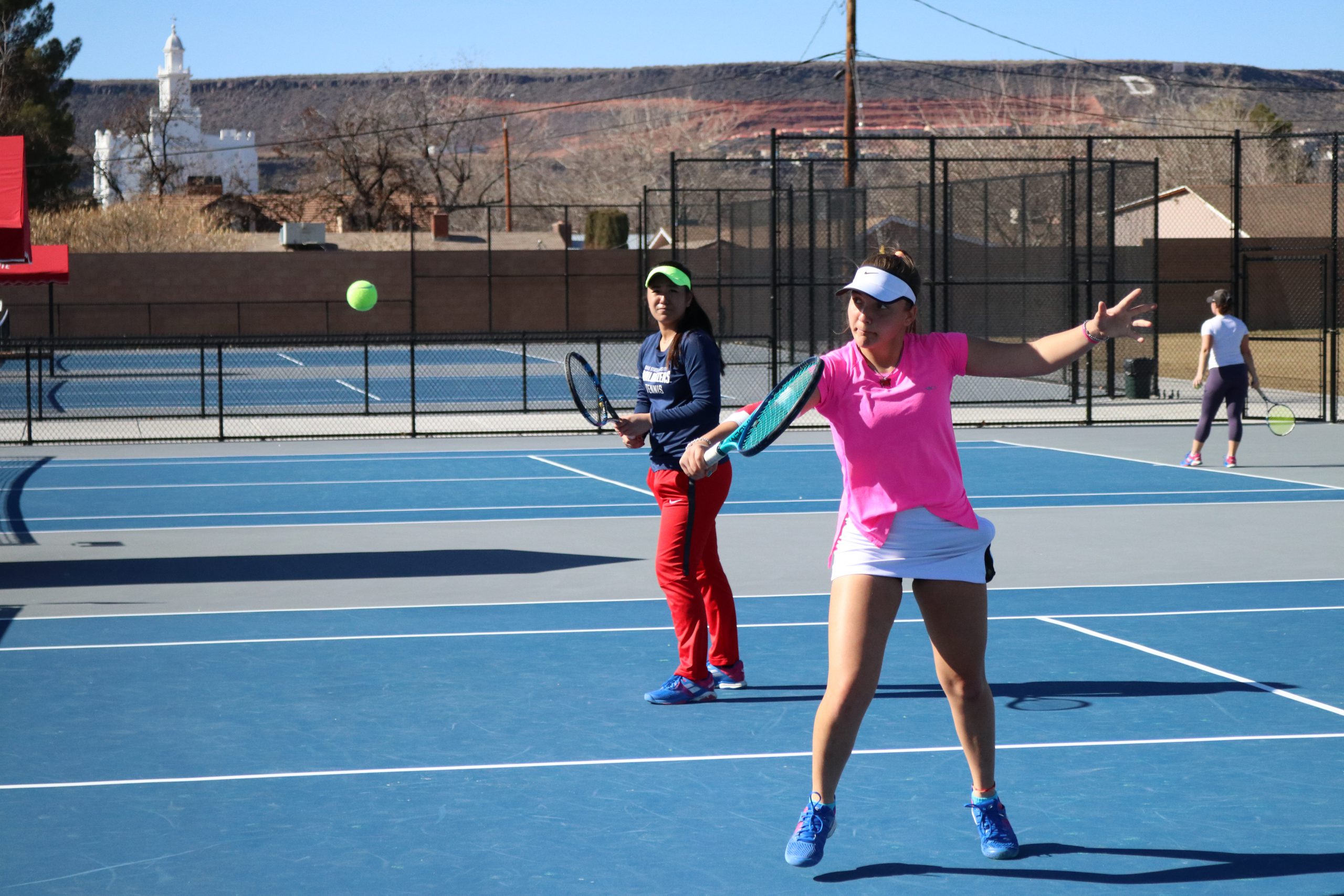 The Dixie State University women’s tennis team prepared for the 2019 season after going 2-0 in the fall preseason.

The Trailblazers traveled to Grand Junction, Colorado, to play four matches, but two of those matches were cancelled. The Trailblazers won the remaining two against Colorado Mesa University and Colorado College.

“We were all getting to know each other in the preseason,” Carlon said. “With the chemistry, we all have support for each other and we’ve all been getting into the groove of things and have a lot better rhythm.”

Kyra Harames, a junior biomedical science major from Spokane, Washington, said the team’s doubles play has improved from the preseason.

“Most of the newcomers coming in are mainly singles players,” Harames said. “We had to learn how to play doubles because in Division 2, doubles and singles are just as important. We’ve improved a lot in doubles, especially the girls who aren’t used to it.”

Head coach Eric Pelton said since those matches, the freshmen have gotten a lot of experience.

“Since then we’ve kind of been able to work on some things,” Pelton said. “Individually, they’ve been able to make some gains. I think the biggest improvement has been in our doubles play. They’ve just been able to pick up their strengths in their doubles.”

Pelton said team focus and team unity has been the Trailblazers’ greatest strength coming into the spring season.

“They just really came together as a team,” Pelton said. “They’ve been working hard, really pushing each other and challenging each other to get better.”

Harames said the Trailblazers have been able to work well together as a team.

“Some teams might struggle with girls getting along so I think it helps,” Harames said. “There’s a lot of sportsmanship and we support each other.”

The Trailblazers start their 2019 season with two home exhibition matches. They face Southern Utah University first on Feb. 5 at 1 p.m., and Weber State University on Feb. 7 at 2 p.m.