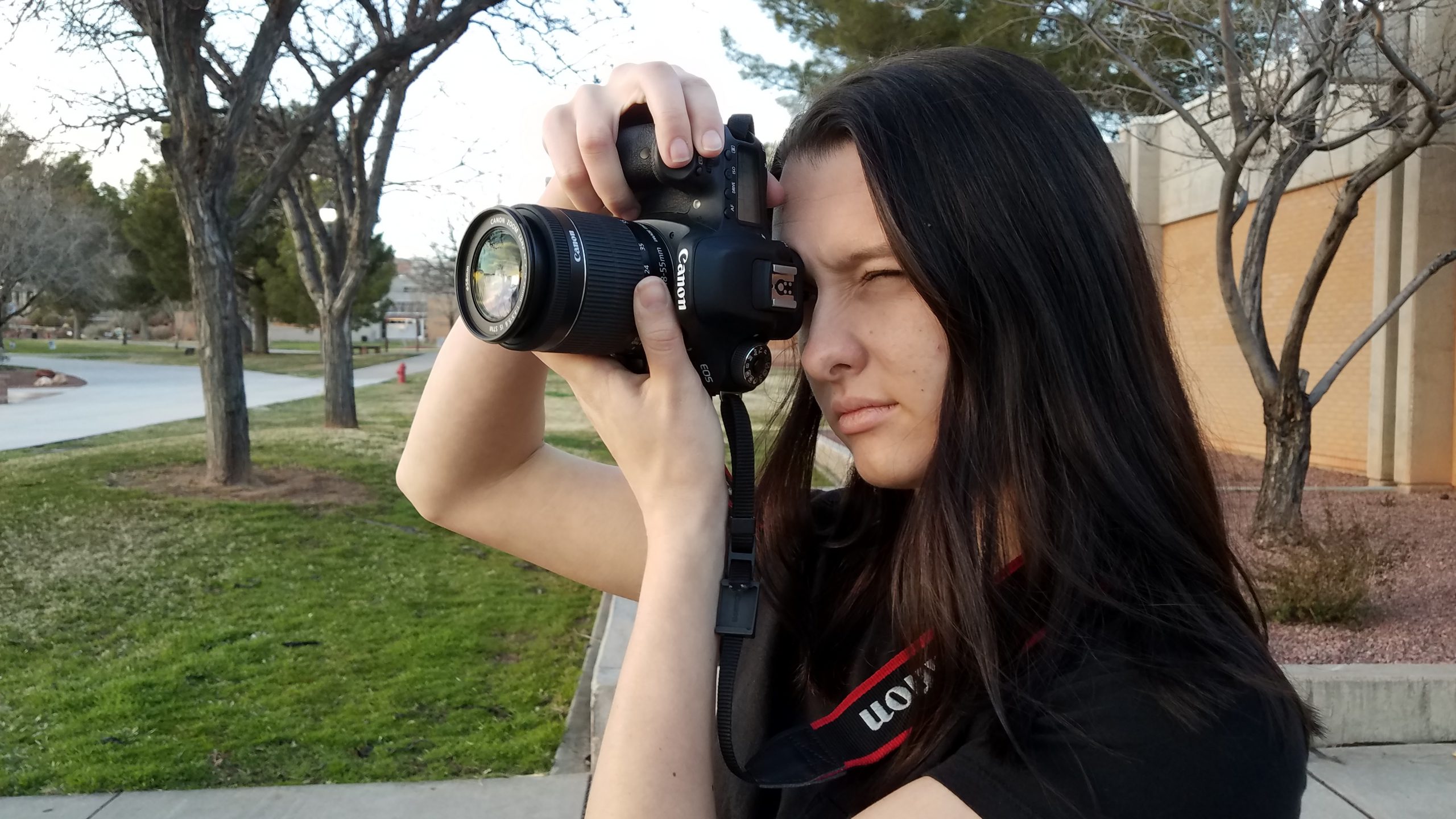 Capturing a moment in time, a moment in history, is the essence of photojournalism: a sledge hammer swung at the Berlin Wall, a man standing in the way of tanks at Tiananmen Square, and a sailor kissing a woman in Times Square. Iconic photos are taken by photo journalists who may have begun as photographers for their high school or college newspapers, like the three photographers on the Dixie Sun News staff.

The photographers who took these iconic photos weren’t there by chance. They were on assignment covering the events occurring at the time, much like the Dixie Sun News photographers who go out to games, locations and events to capture moments that will be in the next issue.

Tia Walker, a junior photography major from Virginia Beach, Virginia, said she loves the opportunity photography gives her to take photographs of beautiful things whether it’s a person, a landscape or nature. Walker said a friend in high school who was a photographer for their school newspaper introduced her to photography. Walker said she joined the Dixie Sun News because she thought it would be a good learning experience.

“For an assignment that is an event that I have to be at, I’ll just bring my camera bag with me,” Walker said. “[I’ll] see what the area looks like before I choose what lens I want to shoot with and then I’ll shoot it, go around, get different angles of what’s needed.”

Being a photographer for the Dixie Sun News requires learning to be outside your comfort zone. Jessica Johnson, a sophomore general education major from Pleasant Grove, said she began the craft of photography in elementary school by entering a photo contest. Johnson said taking photos for the newspaper has helped her learn a lot more about photography outside of taking portraits.

“Before, I was very comfortable with what I would take pictures of,” Johnson said. “Now I feel more confident in different photo assignments.”

Madison Anderson, the Dixie Sun News photo editor and a freshman design major from Salt Lake City, said she began taking photos at a young age with her first camera at 6 years old. Anderson said she believes taking photos for the news is important because an eye-catching photo can make people more interested in reading the article.

“I always used to take, like, really broad photos for sports articles,” Anderson said. “Now I really love those up-close shots that, like, you see the sweat dripping off their face.”

All three women said they love taking photos, but the reason they take photos for the Dixie Sun News isn’t merely for fun or to fulfill an assignment. Walker, Johnson and Anderson are capturing memories. They are freezing time, preserving memories as students at this school and the time we have had living “the Dixie life.“