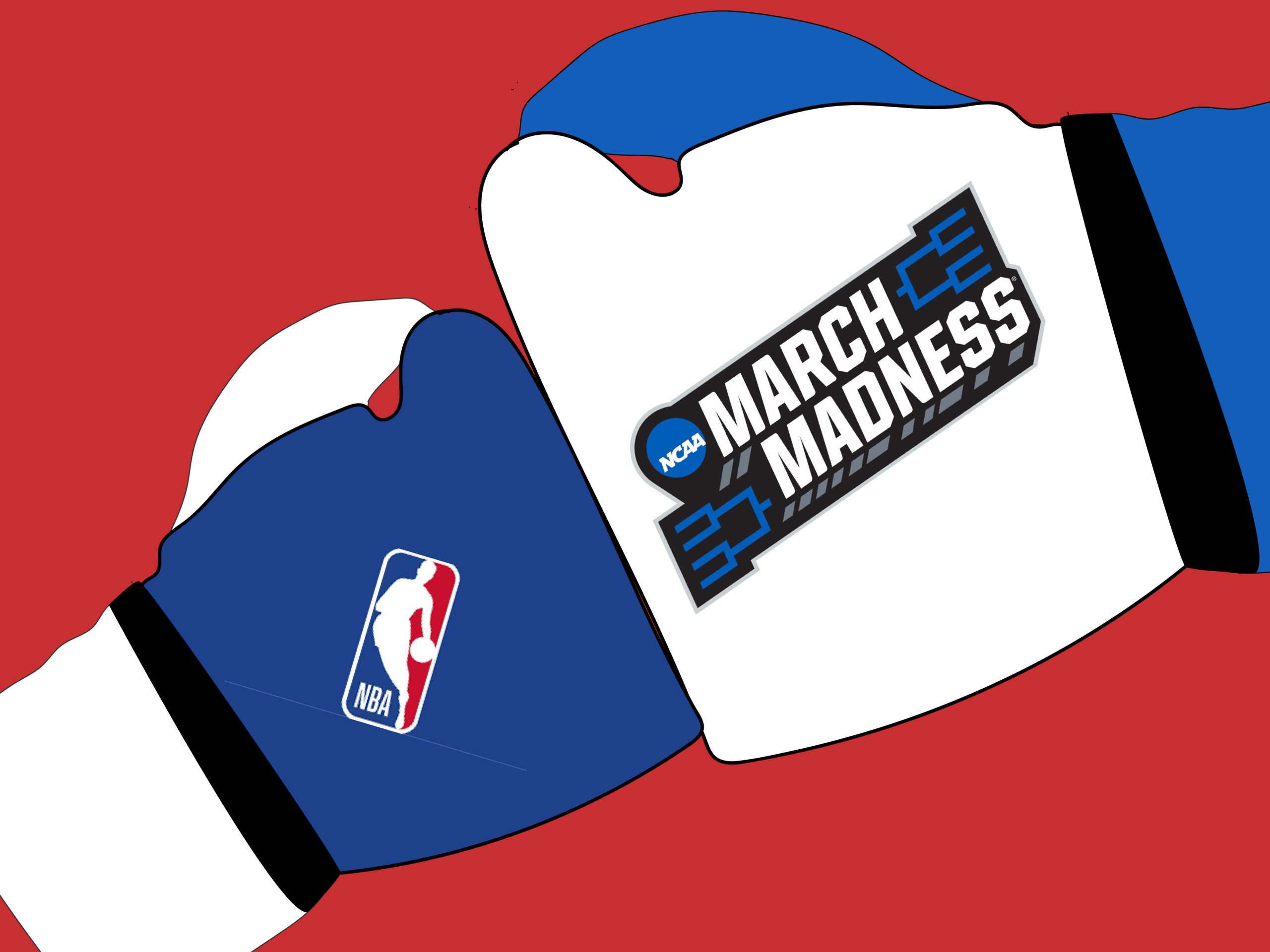 March Madness brings more excitement to the game of basketball because it’s different every year while the NBA gets repetitive. Elissa Aguayo | Sun News Dail

March Madness is exactly as its title suggests. Madness. With this being arguably the most unpredictable tournament of any game out there, fans of all sports flock to watch the chaos.

The excitement and unknown of the 68 teams NCAA Tournament can get overshadowed by the NBA Playoffs in some people’s eyes. Ongoing seven-game series involving the world’s best basketball players is always intriguing–but not as suspenseful. There is more parody and less drama than what we see with March Madness, giving the college kids the advantage over the pros when it comes to having a better post season event.

When it comes to getting views, people are more interested in what’s happening in March rather than April, May or June. In 2021 the men’s NCAA Tournament National Championship game between Gonzaga and Baylor averaged a 9.4 rating with 16.92 million viewers. On the other side, the 2021 NBA Finals series averaged just a 5.2 rating with 9.91 million viewers per game.

In the NCAA Tournament, you see teams, players and matchups that would otherwise never happen. With it being a single-elimination tournament, the intensity is there from the first tip-off. You don’t have that luxury to re-group like an NBA Playoff series. All it takes is one bad game, and even the best teams in the country can fall to other teams who they’d beat nine times out of 10. But, that one time “Cinderella moment” makes March Madness so unique.

Before this year’s NCAA Tournament I’m sure most people had never heard of St. Peters University, let alone seen them play basketball. This school has an enrollment of less than 2,500 students in Jersey City. Yet, in their first-ever tournament game, they beat a University of Kentucky team with a school of more than 30,000 students and a blueblood of college basketball. All of a sudden, everyone knows who the St. Peters Peacocks are.

We hardly ever see “underdog” NBA teams advance through the playoffs and win because each team has played each other multiple times. With March Madness, anyone can beat anyone else in a one game death match. This has been proven time and time again.

The NBA Playoffs have big brands, big names and the gold trophy. March Madness has the excitement, complete unknown and the opportunity to build not just a personal legacy, but one that an entire institution can also stand on. That is why March Madness is better than the NBA Playoffs.