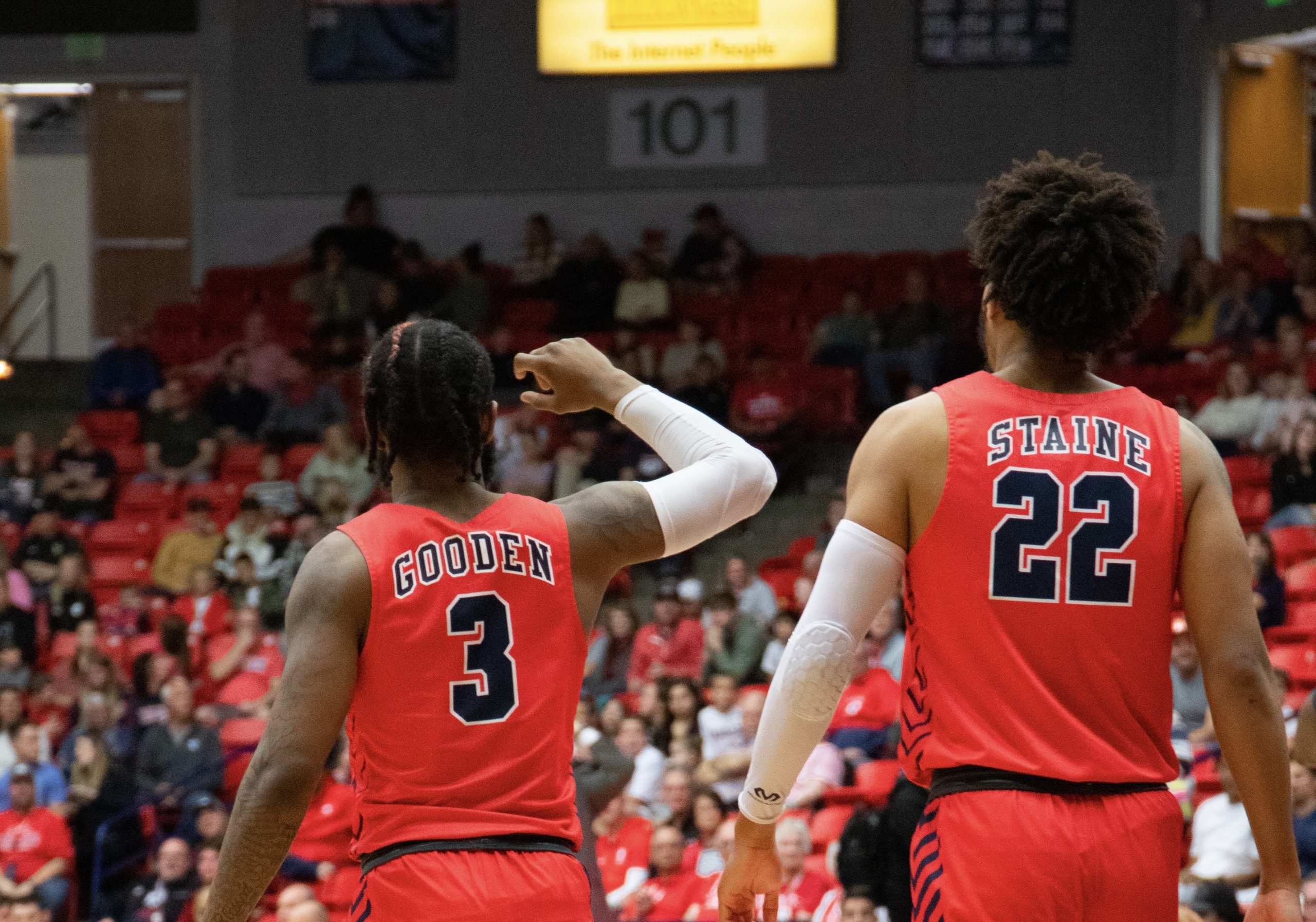 The transition from the name change will bring lots of new designs to our university, including our athletes uniforms. Cameron Gooden, a recreation and sports management major from Frisco, Texas, and Frank Staine a business management major from Inglewood, California, at one of their home games from this season. Annie Sorensen | Sun News Daily

New uniforms have added to the excitement of the university’s change from Dixie State University to Utah Tech University on June 1.

With this change comes many rebranding obstacles which includes designing new uniforms. Athletes were able to see mockups of potential color schemes, play with potential looks, and provide input into the uniform design they liked best. Ultimately, the new uniforms were approved by DSU football coaches, the athletic directors, President Richard “Biff” Williams and Justin Buchanan from BSN Sports.

Buchanan has been the main source of communication between the production of the uniforms and collecting logo ideas.

Buchanan said: “The value attached to a team uniform helps with the unity of the team and enhances their confidence. It also instills a feeling of belonging and representing the university. Fans, alumni and others will be sporting the new logos on apparel and uniforms to show their pride for the institution.”

The process has been time-consuming and involves first getting the artwork files from DSU’s marketing and communication team. The next step was sending them to Nike to be uploaded to their database and the final step will be debuting the uniforms in the upcoming season.

“We have been, and are extremely excited, to be a Division I school for athletics,” Fassel said. “These updated uniforms with the new logo and name allow our school to continue to grow and proceed in the best direction.”

Men’s soccer coach, Johnny Broadhead, took the approach of introducing the uniforms differently. He had the captains of the team, along with other players, vote on which design they like best. Broadhead then took the top vote from his team and sent that to the athletic directors.

“We are writing our own history. This artwork represents the growth of our school, community and athletics will follow,” Broadhead said. “Getting to tell new recruits that they will be wearing brand new uniforms is an awesome feeling.”

Throughout the process of creating these new uniforms, the root of design has focused on sleek, cost-effective uniforms. The first sport to debut these uniforms will be football at their first game in September.