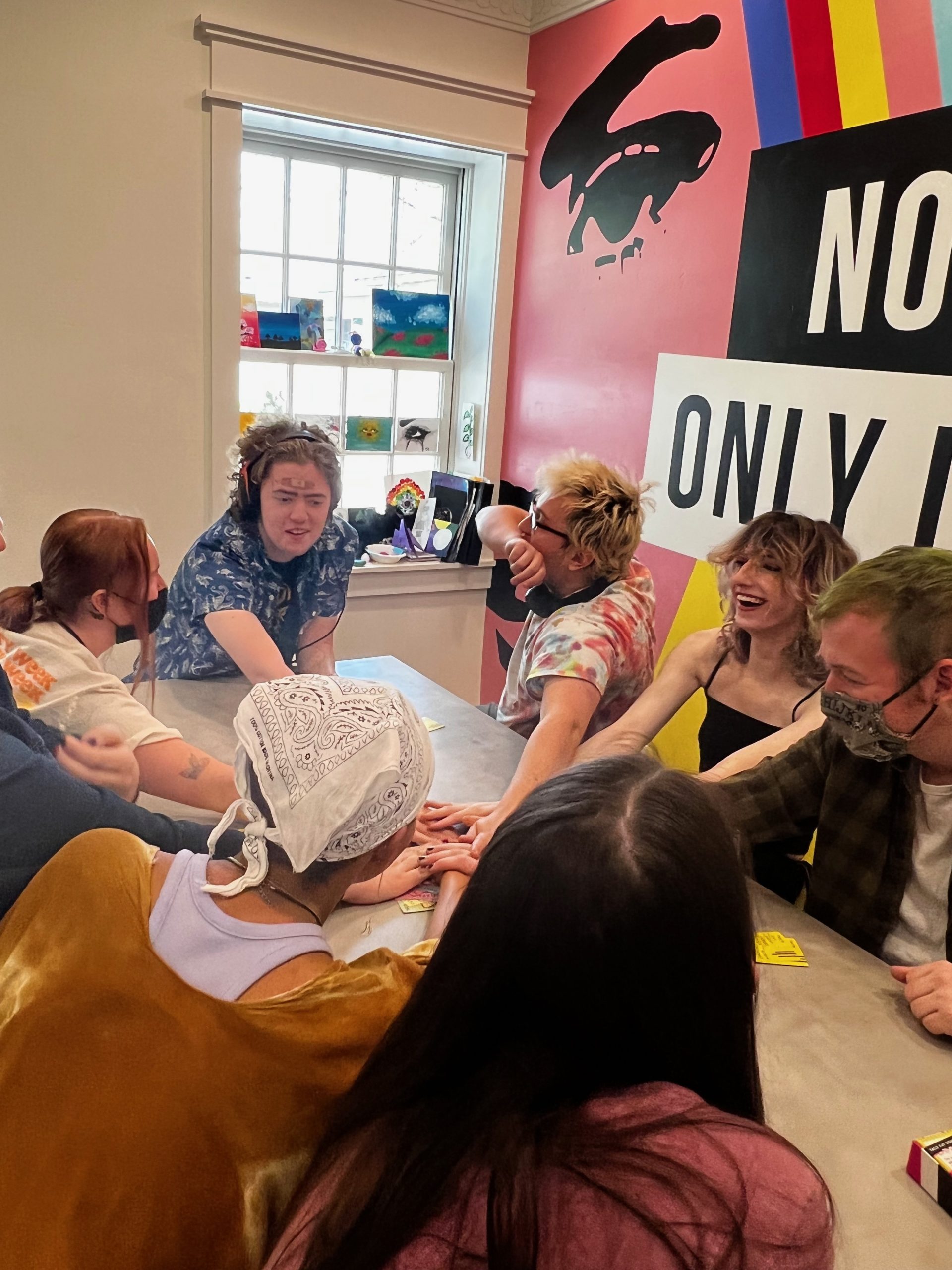 The members of the LGBTQ+ club gather together in one of their meetings. Photo courtesy of Sarah Fernandez.

The LGBTQ+ club has been holding many events on campus in an effort to get all students involved.

The club regularly hosts events and they meet every Friday to get to know each other. Events range from a queer sex panel to nails and mocktails. The club has a monthly brunch, an annual drag show and this year they put on the rainbow rave with the Multicultural Inclusion Student Association.

However, some LGBTQ+ members such as Ives Hong, a freshman psychology major from Ho Chi Minh City, Vietnam, feel more can be done to help all students feel comfortable on campus. Such as inclusion and representation as Hong feels that the school is in a awkward position of being accepting of the LGBTQ+ community until anything goes public or it’s considered too much and too overly gay.

Sarah Ostler, a sophomore biology major from Highland, said, “My first priority is creating a safe space and expanding the safe space [for LGBTQ+ members].”  Ostler is president of the LGBTQ+ club this year.

The club events have been helping Ostler. She has noticed a big improvement with more people attending the LGBTQ+ events. Even if it is a small group of people attending a club event, it is meaningful to Ostler that new club members feel safe and accepted.

Ostler said: “There’s obviously the president and then all the officers, there’s Cesaria, honestly I feel like everywhere on the second floor [of Browning]. You could literally go to every single person here.”

The GLSEN 2015 National School Climate Survey found that 8 in 10 LGBTQ+ students (81.6%) reported that their school engaged in LGBT-related discriminatory policies or practices with two-thirds (66.2%) saying that they personally experienced this anti-LGBT discrimination.

The individuals involved in the LGBTQ+ club focus on the future as Ostler said she is optimistic over the future of the club with the name change and the start of a new fall semester. She is also pushing for more involvement with Encircle for the new school year as it is a safe haven for LGBTQ+ people and they are known to host events and is a resource for anyone interested in.

One last major event the LGBTQ+ club is promoting is a Lavender Graduation Banquet. Any student who identifies as LGBTQ+ can attend the dinner April 28 if they are completing their bachelor’s degree this spring, summer or fall.

“Keep having the lavender graduation ’cause there was like a two-year gap where it didn’t happen,” said Mitski Avalox, a senior English major from St. George. She explained that due to COVID-19 and change in leadership within the Center for Inclusion and Belonging has made the last two years difficult to hold the banquet.

Those involved with the LGBTQ+ club want to advocate for a more positive image of themselves as a community and they are putting in the work to help LGBTQ+ students feel accepted. For any upcoming seniors who identify as LGBTQ+ don’t forget to RSVP for the Lavender Graduation banquet so one can receive a cord for graduation. Also, remember anyone is welcome to attend the LGBTQ+ club events, they urge anyone to come and enjoy themselves and meet new people.