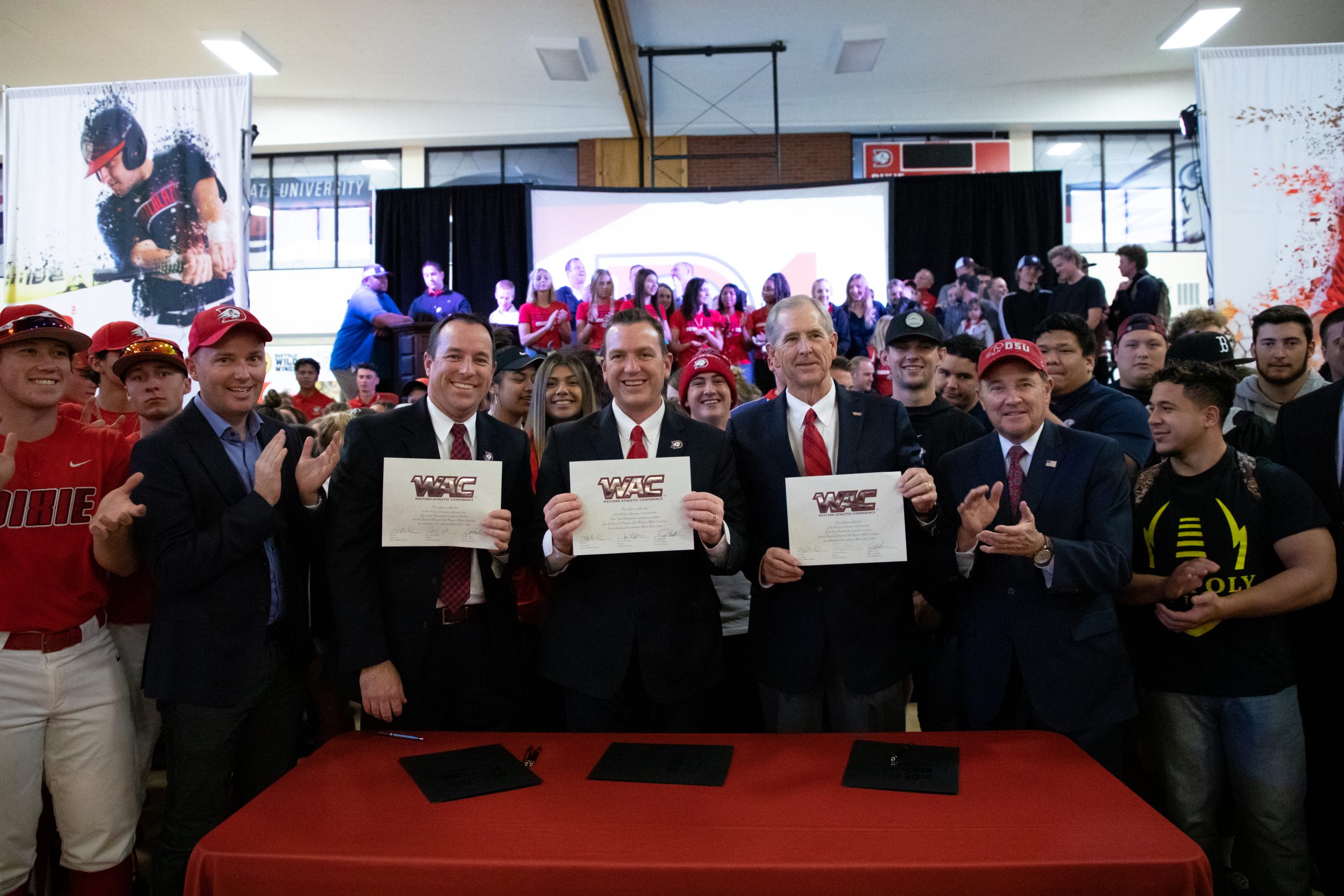 While Dixie State University’s move to Division I has facilitated excitement on campus and in the community, the Western Athletic Conference leaves out the largest team and coaching staff on campus: football.

Dixie State University made the announcement to go Division I back in January and announced its move to the Western Athletic Conference. DSU will need to add a new men’s team because football is not included in the WAC.

DSU has not announced which men’s sport it plans to add to fulfill the WAC’s requirement, but Athletic Director Jason Boothe said he hopes information will be available by the end of the 2019 spring semester.

There are a few sports that are rumored to be coming to DSU when it is fully established as Division I. A few possibilities include men’s track, swimming and tennis. Student athletes have voiced their opinions on what they would like the next sport to be.

Wide receiver Kasey Allison, a junior criminal justice major from Las Vegas, said he would like to see men’s track come to DSU.

“I was a big track guy growing up,” Allison said. “Track goes hand in hand with a lot of sports, like football. It would definitely be the next big step in taking DSU to that next level.”

Forward Zoe Clark, a sophomore communication major from Logan, said she would also like to see track join the DSU athletic program.

Even though it is not known whether or not men’s track would be the sport of choice, Justin Decker, cross-country and women’s track head coach, said he would be very excited to see DSU add that sport.

“It would provide a huge boost to our men’s cross-country program in allowing our cross-country runners to compete and practice in the spring,” Decker said. “It could also attract potential recruits because most distance runners want to compete in both cross-country and track. Our region has a lot of talented athletes in track and field. We wouldn’t have a problem filling out a strong roster.”