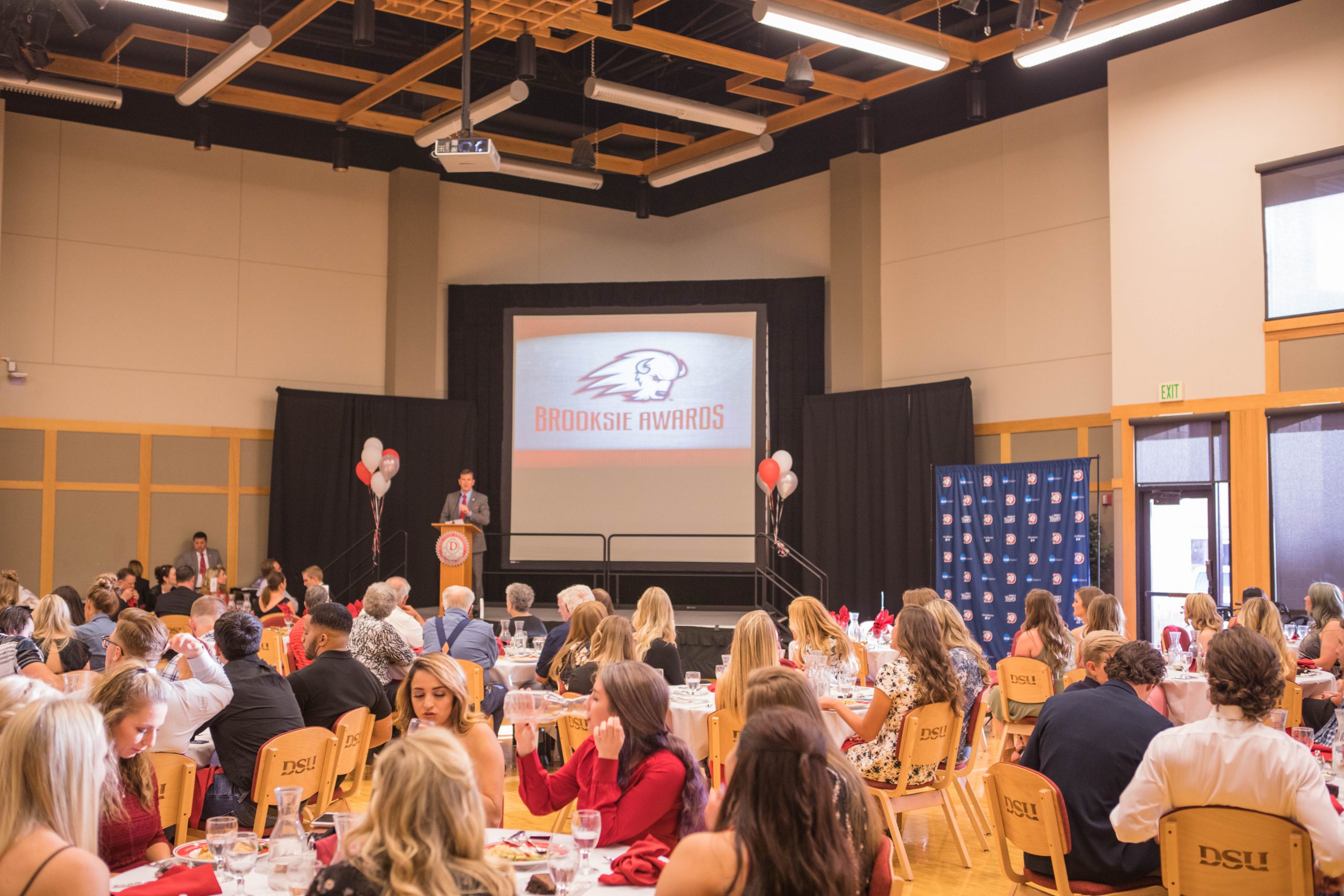 As a way to honor student athletes and coaches for their hard work and dedication throughout the year, Dixie State University Athletics hosts the annual Brooksies Awards ceremony.

The Brooksies Awards began in 2017. All DSU athletes and coaches are invited to this formal event to be recognized for their accomplishments. Some of the past categories include male and female student athlete of the year, male and female rookie of the year, true Trailblazer, community impact award, team MVP and coaching staff of the year.

Prior to the Brooksies Awards, there was an annual athletic awards banquet at the end of each academic year. When the university rebranded and became the Trailblazers, the banquet took on the name Brooksies Awards to pay homage to the mascot, Brooks the Bison.

DSU Alumna Janessa Bassett, a former outfielder for DSU softball, was a co-recipient of the 2018 Female Student Athlete of the Year award along with Darian Murdock, who was a middle fielder and forward for DSU women’s soccer.

“I felt really honored to receive the award because I felt like Darian and I were able to represent the female student athletes, which is such a special honor,” Bassett said. “Especially considering how many great female student athletes Dixie [State University] has. I was glad that I was able to experience that my senior year. It was a great way to end it.”

Steve Johnson, associate athletic director of media relations, said, “All the awards are special because these awards recognize the outstanding achievements, both on the field and court and in the classroom, of our student-athletes, coaches and teams.”

Volunteers and athletic boosters are also honored at the event for everything they do for the athletic programs.

DSU Alumnus Trevor Hill, who was a guard for DSU basketball, received the 2018 Male Athlete of the Year award. Hill said his favorite part of the Brooksies was seeing all the success that DSU has as a whole, athletically and academically.

“It was a surprise to win, honestly,” Hill said. “A lot of the time it happens to be one or two guys who get the awards, but I wouldn’t have been in that position without [my team], so I actually brought them all up on stage with me.”

The 2019 Brooksies Awards will be held on Wednesday, April 24.