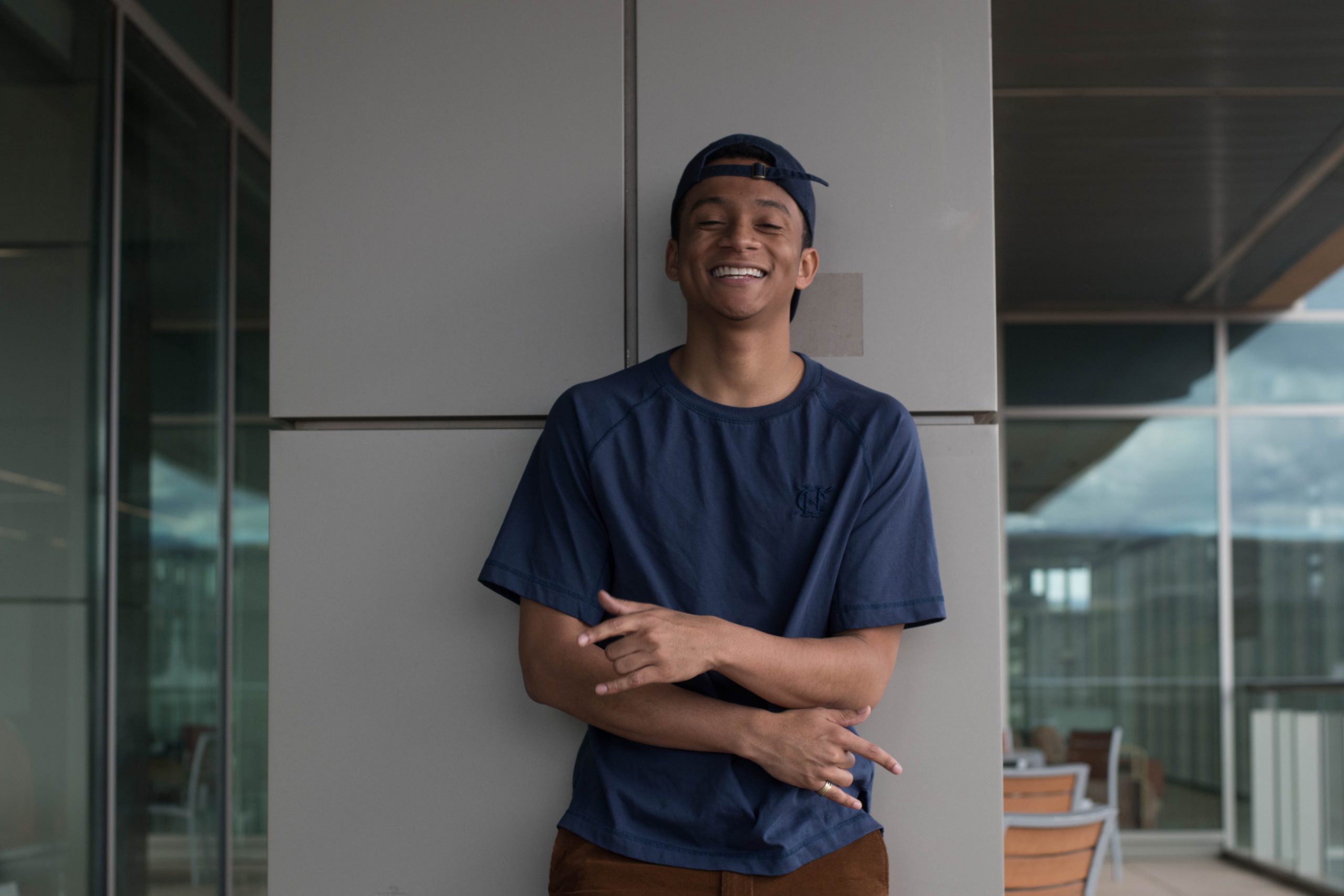 His close friends call him JJ, but his official name in music is Jermain. Jevante Jermain Suggs-Grey, a senior business major from Salt Lake City, has made himself a name in the music industry while finishing his degree.

“I like rapping,” Suggs-Grey said. “It’s a state of mind where you brag about anything, so I guess that is where I draw inspiration from, but it depends. I’ll talk about different subjects. I’ve talked about a girl before or just life in general, things like that. Something that people can relate to in some kind of way.”

Suggs-Grey said going to school while writing and making music has been doable, especially because his degree fits with what he wants to do.

Suggs-Grey said his biggest goal is to use his degree to help make music people can relate to and enjoy listening.

“I’m excited to see what happens after I’m done with school,” Suggs-Grey said. “I feel like it’s not in the way, but it is my main priority, so I’m like, ‘what is life without school?’ and am excited for it to be over.”

Suggs-Grey said he has fans who love him.

“I absolutely love JJ’s music,” said James Walljasper, a junior sports management major at Westminster from Salt Lake City. “He’s an extremely talented artist who holds his own unique flow. I will also mention that JJ is no doubt one of the most selfless and hard working people I know.”

Wallsjapser said he would recommend Suggs-Grey’s music to just about anyone.

Orisis Hotchkins, a fan of Suggs-Grey from Oklahoma City, now living in Salt Lake City, said the music stuff is very serious for Suggs-Grey and you can tell he is passionate about it.

“JJ is so early in his career and for him to improve and improve each song is wild,” said Hotchkins. “Utah doesn’t have an artist to represent itself; JJ isn’t far off from being that.”

Suggs-Grey said he performs in Salt Lake City and also had the opportunity to perform in North Carolina in front of 3,000 people. He said he is excited for more opportunities in the future to perform around the country.

Suggs-Grey said being a musician is not easy work. It is something you have to commit to and not give up on.

“Just stick with it,” Suggs-Grey said. “It is a process and it is super slow and kinda super frustrating. I want to put music out and do this and that, but with my position I can’t do too much, so sticking with it and staying inspired is extremely important. That is the best thing I can tell people.”