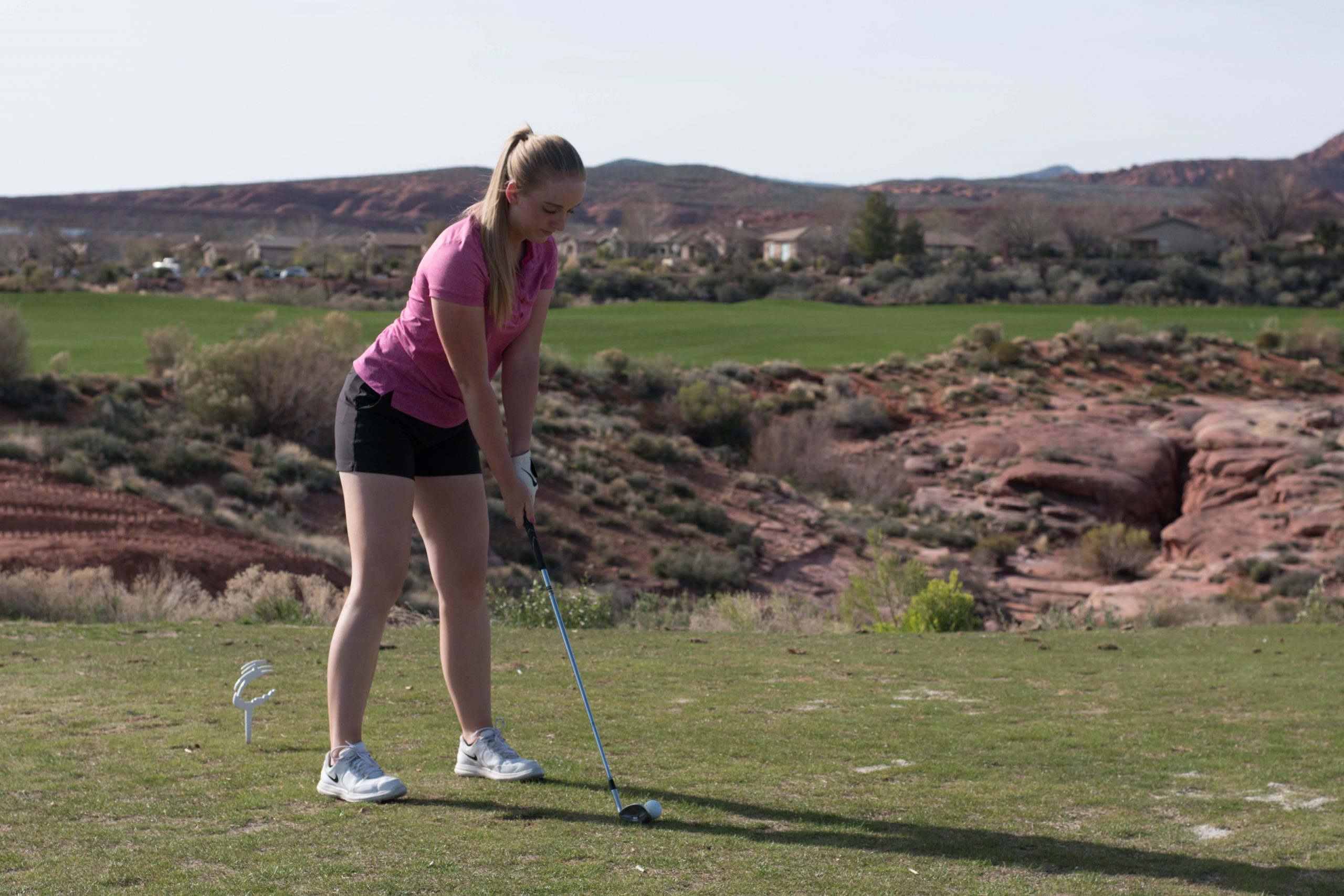 The Dixie State University women’s golf team looks to close out the 2018-2019 season after a spring-best third place finish at its last matchup.

The Trailblazers are coming off a third place finish out of 10 teams at the 2019 Augusta Spring Fling. Four Trailblazers finished in the top 20. Ashley Fernandez, an integrated studies major from Anaheim, California, had her first collegiate top-five finish, placing fifth. Fernandez said it was a really nice moment for her to see the results after all of the work she put in.

“I’ve been seeing myself improve,” Fernandez said. “Seeing that on the leader board was definitely rewarding.”

The third place finish at the Augusta Spring Fling was the Trailblazers’ best finish of the 2019 spring season. Head coach Lindsey Stucki said the grit the team has been playing with has been a big improvement this season.

“They don’t have any quit out there,” Stucki said. “That’s been nice to see as a coach. They tend to rely on me less out there, which is important, [and] they can manage themselves and finish strong.”

Despite placing t-15th at the California State University San Marcos Fujikura Invitational, the Trailblazers have finished in the top 10 at every match including both the fall and spring season. Katie Ford, a senior communication major from St. George, said an improvement the team has had this season is that their scores are more consistent.

“We’re all about the same, and we battle each other on and off the course,” Ford said. “Whether we’re qualifying or just playing for fun, it carries over into our tournament play, too, which is good.”

Fernandez said the team has a lot of room to improve heading into the final matches of the season.

“I think that we all have the game to shoot really well,” Fernandez said. “And I think that with maybe a little bit of course management and working on where our weaknesses are, whether that be hitting greens or putting, we can definitely lower our scores.”

DSU is preparing for its next match at the Western New Mexico Intercollegiate on April 5 and 6 in Goodyear, Arizona. This will be the Trailblazers’ final match of the regular season.