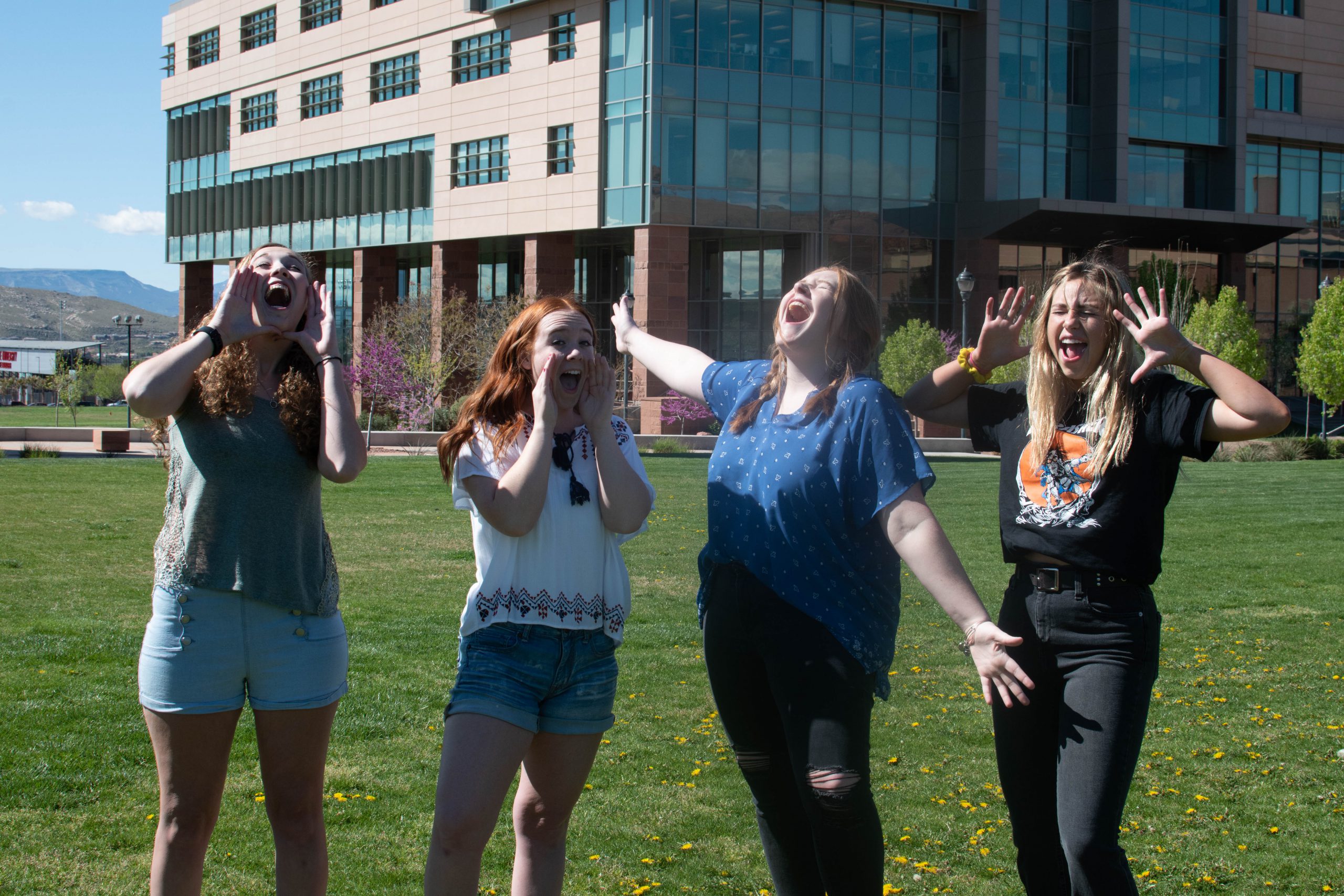 College students are joining together and counting down the seconds until they all belt out a scream to express the most stressful time in their lives.

This trend circling college campuses around the country consists of students getting in a group to scream simultaneously and blow off steam from the stress of preparing for finals.

According to WKBT-TV, University of Wisconsin-La Crosse has made this a continuing tradition for at least the past five years, calling it the “Annual Campus Scream.”

This tradition dates back even further to the early 1980s when Northwestern University in Evanston, Illinois, started it as the “Primal Scream” and encouraged other students to join.

However, individuals at Dixie State University have a different viewpoint on this silly tradition.

Dean of Students Del Beatty said, “[The tradition] seems a bit ridiculous to me personally, but if it helps students cope then good for them.”

Jamy Dahle, a mental health counselor at DSU’s Health and Counseling Center, said: “If screaming in a safe, unobtrusive environment works temporarily for you, that’s fine. However, there really are other more beneficial coping techniques that are available to use.”

These techniques include self-soothing, finding a distraction from the stressor, doing something opposite of your impulse that is consistent with a more positive emotion, staying aware of how you’re feeling, staying mindful, and leaning on your support system, Dahle said.

Everyone has stressful and overwhelming times in our lives when all we can think to do is scream; researchers have found a psychological reason behind this called “primal scream therapy,” Dahle said. However, this therapy is more than just screaming.

“For those that find screaming as an effective tool to let out their frustration, it is mostly due to allowing an intense emotion to temporarily escape the body via a distraction, [such as screaming],” Dahle said.

Screaming allows a person to outwardly express an emotion rather than continuing to bottle it up internally, Dahle said.

Rachel Cordell, a sophomore social work major from Tuscaloosa, Alabama, said this tradition may be funny for some people, but it doesn’t seem at all helpful.

“We’re all adults and don’t need to gather around to scream in unison,” Cordell said.

Students can join in on the tradition or explore the other options DSU Health and Counseling Center provides students with to cope with stress around finals, such as stress relief animals, handouts on coping techniques, wellness workshops, and an annual decompress and stress less event, which will be held on April 24 from 10 a.m. to 3 p.m. outside the Kenneth S. Gardner Student Center.