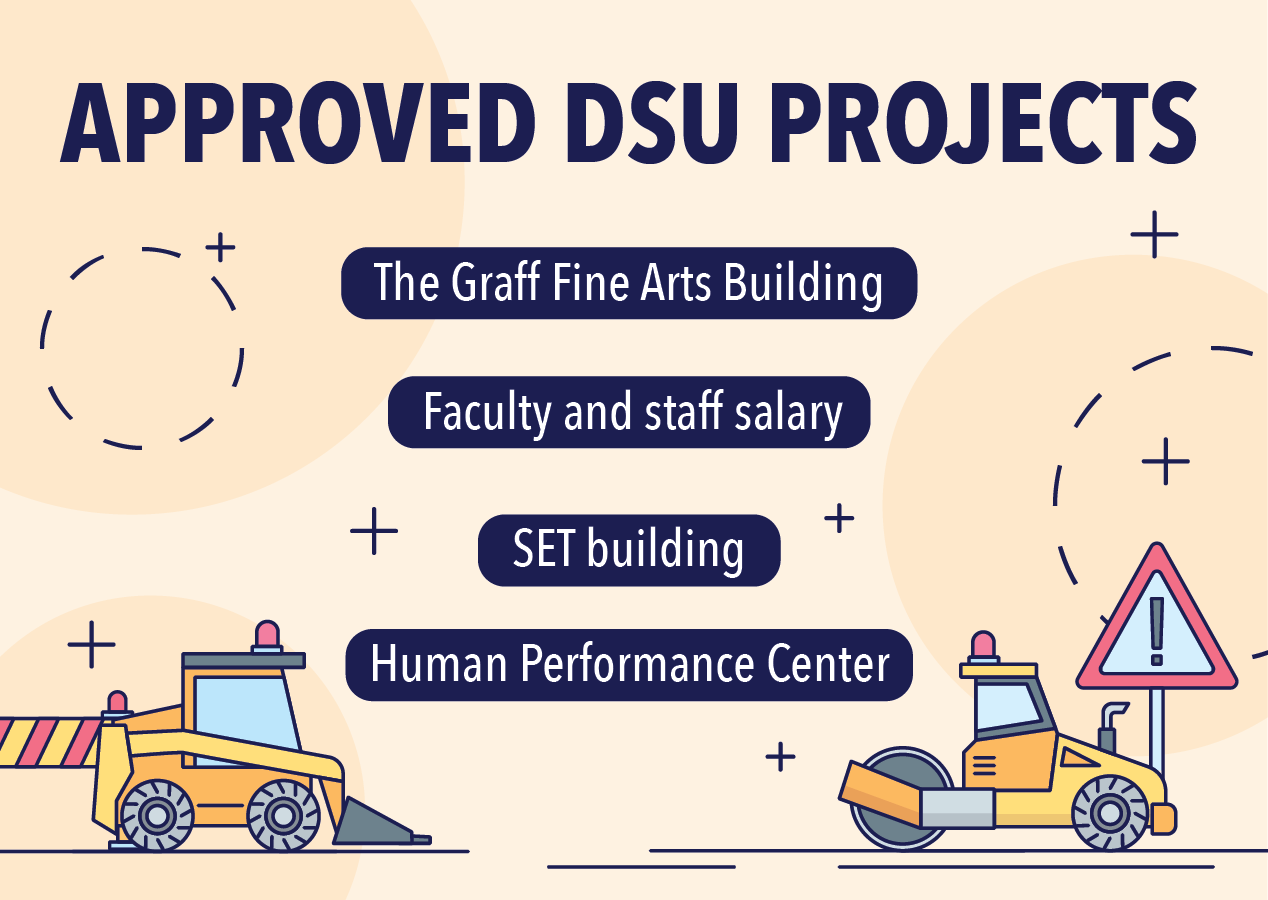 The Utah State Legislature approved the funding for the new Dixie State University Science, Engineering and Technology building in March 2019 after two years of denial.

Bryant Flake, the institutional director for budget and planning, said the legislature appropriated $50 million to fund the SET building; the total funding needed for the building is $57.9 million.

The DSU development team, which is in charge of raising money for these types of projects, will organize fundraisers to get bids in place to cover the remaining amount, Flake said.

Sherry Ruesch, the executive director of facilities management, said the funding will become available in July and construction of the SET building will start either September or October 2019 and be finished by the first day of the fall semester in 2021.

President Biff Williams said to get funding approval he presented a plan to the Utah State Board of Regents, the state building board, the legislature and the Infrastructure and General Government Committee.

Approval depends on how well a case is presented and if the legislature wants to or has the budget to fund academic buildings, Williams said.

“The house leadership and the senate leadership [in the legislature] have their own budget committees and they determine if they want to fund buildings,” Williams said. “Last year, they didn’t really fund buildings.”

Williams said this year the legislature also funded education buildings for other universities such as Weber State University and Utah Valley University.

“We’re really excited about [the SET building] and we were really grateful that the legislature gave us $50 million,” Williams said. “I think this is the largest allocation they have ever given us. I think that really shows that they are buying into our plan, that we are growing and want to reward students.”

The legislature funded an additional $4 million for the Human Performance Center, Williams said.

“Construction costs [for the Human Performance Center] escalated, so we had to take from the equipment fund to build the building,” Williams said. “The legislature understood that and gave us more money [to cover equipment costs].”

The Graff Fine Arts Building will be renovated into band practice rooms. The project will take place from June to August 2019, Williams said. The legislature paid $500,000 for this renovation and DSU paid for the other $500,000, reaching the total cost of $1 million.

The next order of business discussed in the legislative session was faculty and staff salary, Flake said.

“In the legislative session, there was funding appropriated for an across the board [2.5 percent] salary increase for all full-time faculty and staff,” Flake said, “… and also [a 4.4 percent] increase to health insurance premiums.”

“The legislature funds 75 percent of the cost from state tax funds and the other 25 percent comes from tuition increase funds,” Flake said.

The legislature also gave DSU the approval for two other projects; however, they did not help with funding.

Innovation Plaza is currently undergoing renovations and will be done by the end of July, Williams said. The cost of the renovation is $1.4 million; it was paid for by donations, which were roughly $900,000 and DSU paid $500,000.