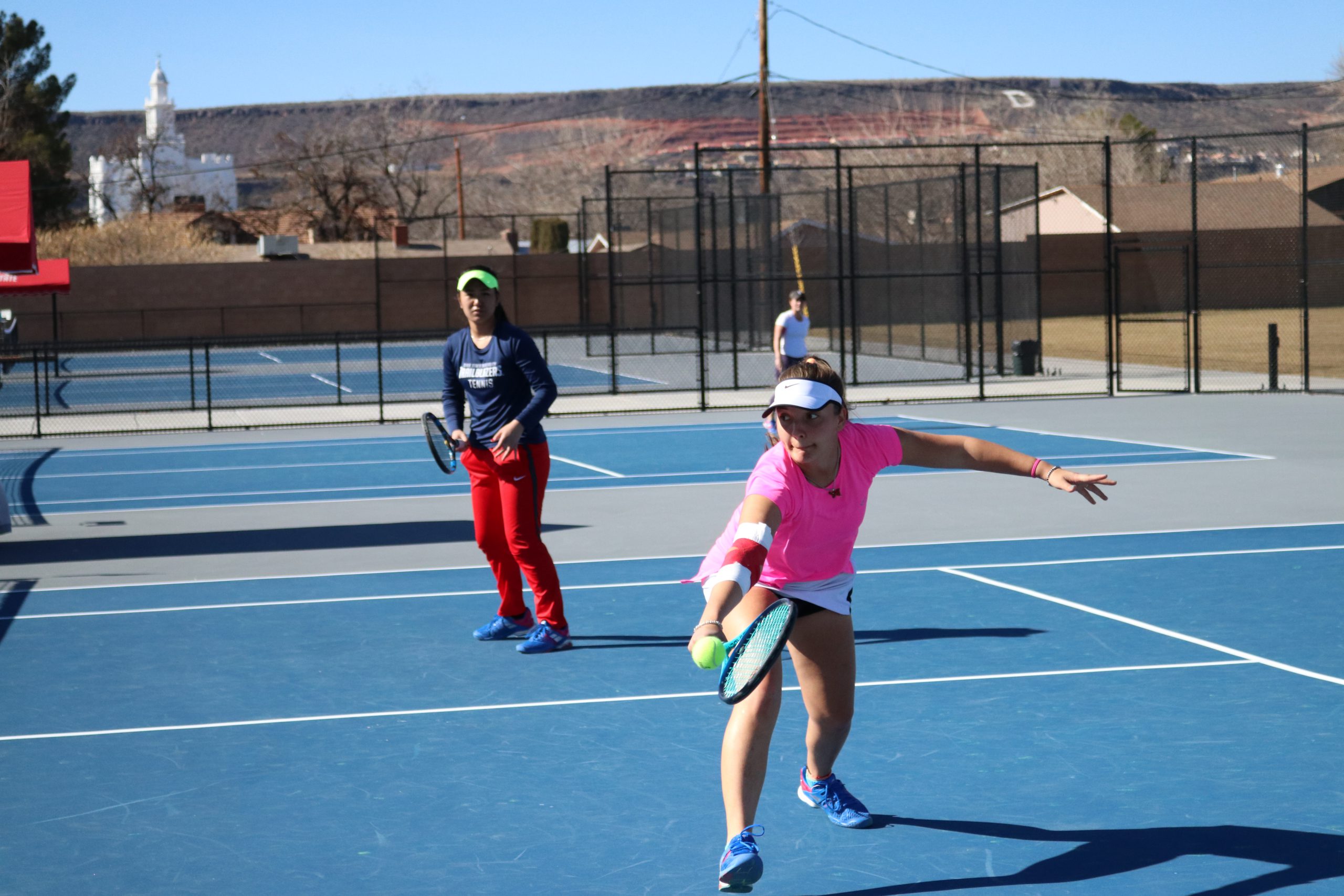 The Trailblazers are traveling to Grand Junction, Colorado for the 2019 RMAC Championships. The Championship will be played from April 26-27.

DSU will be going into the championships ranked No. 2, one spot below Metropolitan State University of Denver.

Head coach Eric Pelton said the team is expected to play MSU Denver in the finals at the championship. The final RMAC match of DSU’s regular season was a loss to MSU Denver with a score of 3-4, bringing the team’s conference record to 2-1.

“I feel like we have a very good team,” said Juliana Honczaruk, a freshman business administration major from Corrientes, Argentina. “We were so close to beating [MSU Denver] last time, so I think we’re ready now.”

Elly Lloyd, a freshman general studies major from Holladay, said the team has to continue to work in order to finish the season strong despite the end of the semester approaching.

“It’s hard when summer is close and school is almost over to stay competitive,” Lloyd said. “Just remembering that it’s not over yet and we still have a lot to do.”

Pelton said this year has been a great year for the team overall not only within the RMAC, but also with the teams they’ve played outside of the RMAC.

The Trailblazers will compete April 26-27 in Grand Junction, Colorado, for the 2019 RMAC Championship. MSU Denver, Colorado Mesa University and Colorado State University-Pueblo will be competing with DSU for the championship.