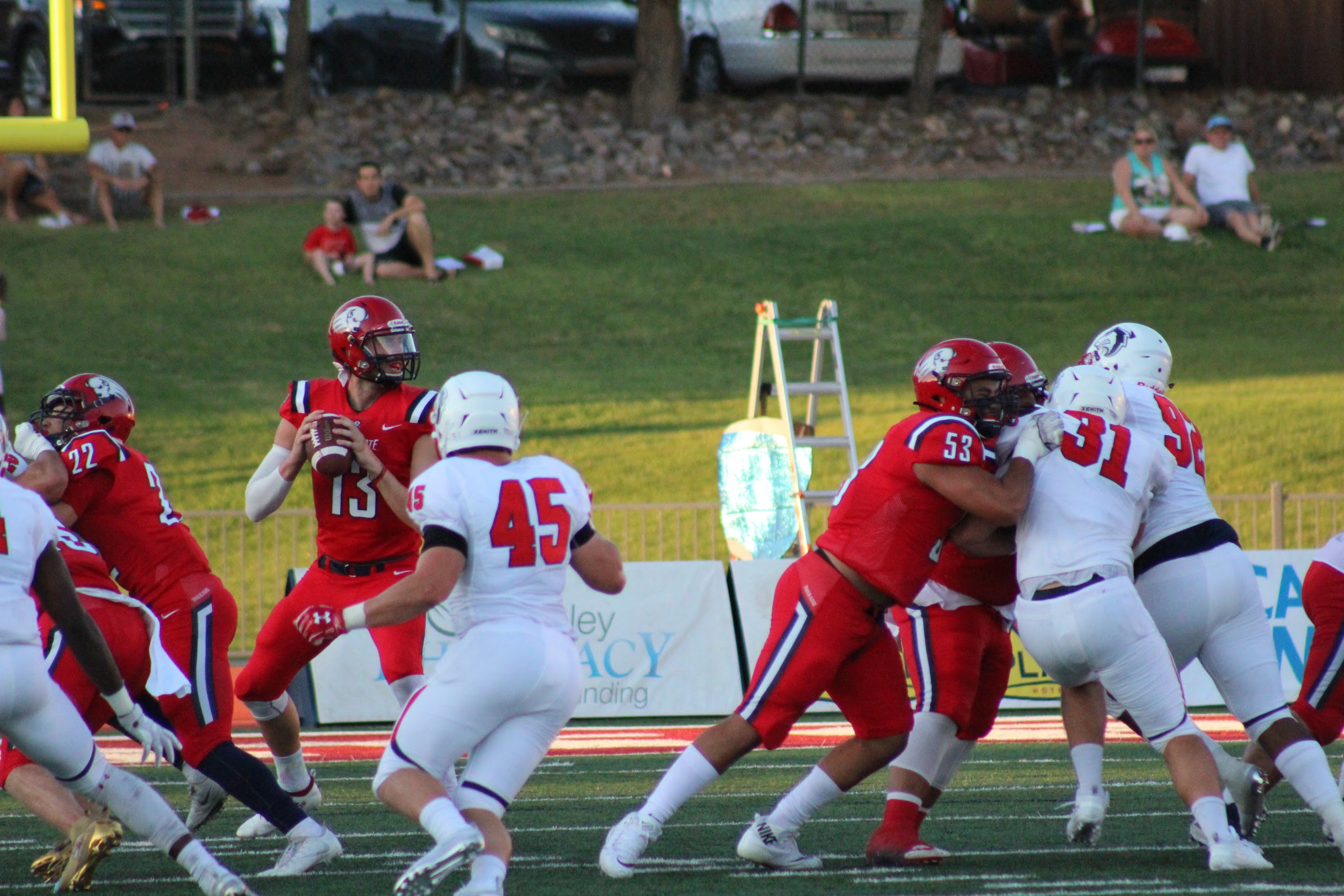 According to DSU Athletics, Trailblazer stadium held a record number of fans with over 6,500 in attendance.

Head coach Paul Peterson said: “The atmosphere was great, it was packed, [and] the fans were awesome. I wish we had a different outcome, that was a really good team that came in here.”

Peterson’s offense used a two quarterback system with redshirt sophomore Kody Wilstead, an accounting major from St. George, and junior Keaton Mott, a computer information systems major from South Jordan. Wilstead completed 7-of-12 passes and Mott completed 10-of-21 passes including a 19-yard touchdown pass to Jalen Powell for the Trailblazer’s only score of the game.

“We struggled running the ball, we had to be able to run the ball better to open up the pass game,” Peterson said. “We were inconsistent, we had some dropped balls and some miss throws and our timing wasn’t the way it needed to be. There was flashes of it, but for the most part inconsistent offensively, we gotta fix that.”

Mott said the biggest offensive struggle was coming out flat.

“This is one of the best teams in the country when it comes to Division II in the conference and we just came out really flat and didn’t execute the way we were supposed to,” Mott said.

Peterson made sure other positions on the field were also consistently switching out.

“[We] played a lot of guys, I thought that was good, it was the first game for a lot of guys here,” Peterson said.

DSU honored former linebacker Abraham Reinhardt, who passed unexpectedly in March, before and during the game. Before the game, shirts featuring his No. 3 on the front were passed out to students and fans. The Reinhardt family was then honored at midfield and the captains brought his jersey with them to the coin toss. Later in the game, Abe was honored for being an organ donor and saving six different lives.

Redshirt sophomore Dylan Hendrickson, a defensive lineman and accounting major from St. George, said: “Two or three times in the red zone we held them to a field goal so that’s something to build off of.”

Hendrickson said nothing changes this week when preparing for their second game of the season against Fort Lewis College, just continuing to practice hard and take care of their bodies.

The Trailblazers are set to face the Skyhawks on Saturday at noon.