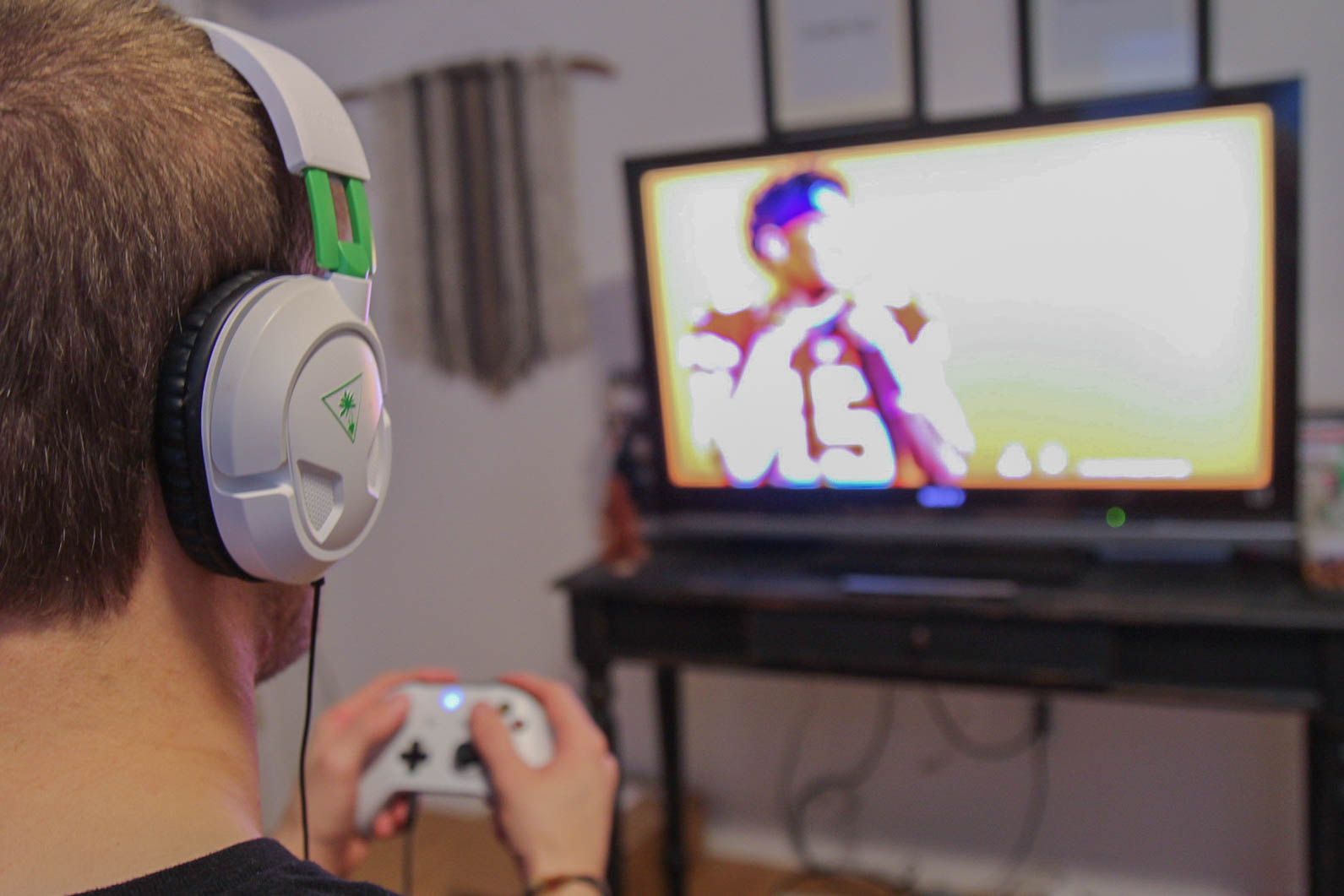 Esports is becoming more popular across the world as COVID-19 continues to play out. Dixie State University students can join the Trailblazer Gaming Club, which provides a source to further learn and get involved in esports and the gaming world. Photo illustration by Jessica Johnson.

While COVID-19 is taking a toll on almost everything else in the world, electronic sports are surging and reaching new heights.

The on-the-rise sporting events consist of different video games that allow for competition without players needing to be in the same location.

People who desire to compete in video games against other users can do so on almost any platform, including Xbox, PlayStation, PC and the Nintendo Wii.

Anyone around the world can log on to specific websites and watch their favorite streamers or players play the same video game they have. Individuals can also learn from some of the best by starting a chat with streamers while they are playing.

The most popular platform gamers use to broadcast their play is Twitch.tv. Creating an account is free for anyone who wishes to join and watch others play video games. Anyone can upload previous gameplays or even live stream new gameplays.

“Twitch is the place where massive video game companies like Riot Games, Blizzard, etc. are broadcasting their tournaments with incredibly high-quality production value –– and it’s free for the viewers to watch online,” said Lhea Livings, a junior digital design major from St. George.

Livings is currently the president of Trailblazer Gaming, the Dixie State University club that is all about this scene.

“I would say there’s always a tournament being broadcasted for a variety of games,” Livings said.

Livings also believes it isn’t too different from any other sport because of the way you can follow different teams and players who stream different games on separate platforms.

“I personally believe esports is growing so quickly simply because of how entertaining it is to watch these competitions and get involved supporting your favorite players and teams,” Livings said.

During the first quarter of 2020, Twitch’s viewership has surpassed previous records in total hours watched, hours streamed and concurrent viewers.

“I personally enjoy esports just as much, if not more than, televised sports such as football,” said Logan Geary, a junior criminal justice digital defense and security major from Moapa Valley, Nevada.

Geaery is currently the vice president of Trailblazer gaming.

“Watching pro gamers pull off moves that you can hardly comprehend is what pulls me into the scene,” Geary said.

If you are looking to get into the scene of esports, you don’t have to worry about spending money on any games. Living said “Fortnite,” “League of Legends” and “Dota2” are currently available for free. These three are all top games that streamers are playing. There are thousands of other games to delve into across many different platforms as well.

“I first got into esports in 2015 when ‘Super Smash Bros. 4’ came out,” said Daniel Finnegan, a junior computer science major from St. George. “I had always been competitive, but sports never scratched the itch for me. I found a community of great people to get to know, compete against and share memories with [through esports.]”

The world of esports also provides an opportunity to meet others who have similar interests and hobbies that may be harder to find in face-to-face communication settings.

“Discord [a social networking site designed for gamers] can be great for making friends and learning about new competitions,” Finnegan said.

Online sports have become such a large phenomenon that even casinos in Las Vegas have created an esports arena, which holds tournaments almost weekly. The winner of these tournaments can win cash prizes along with the opportunity to meet and greet some of the best in their sport.

Geary said the Trailblazer Gaming club is allowing any and all people to join regardless of skill or history of gaming.

“We are currently looking to broaden our horizons by adding more esports teams to the club that participate in tournaments regularly,” Geary said.

Livings also said she loves to see individuals who are passionate about their games become officers or join teams because she believes the esports community thrives on it.

To learn more about the world of gaming and esports at DSU, the Trailblazer Gaming club provides a source to learn and participate. You can register by emailing dsutrailblazergaming@gmail.com. To keep up with the upcoming events in the club, visit @trailblazergaming on Instagram.