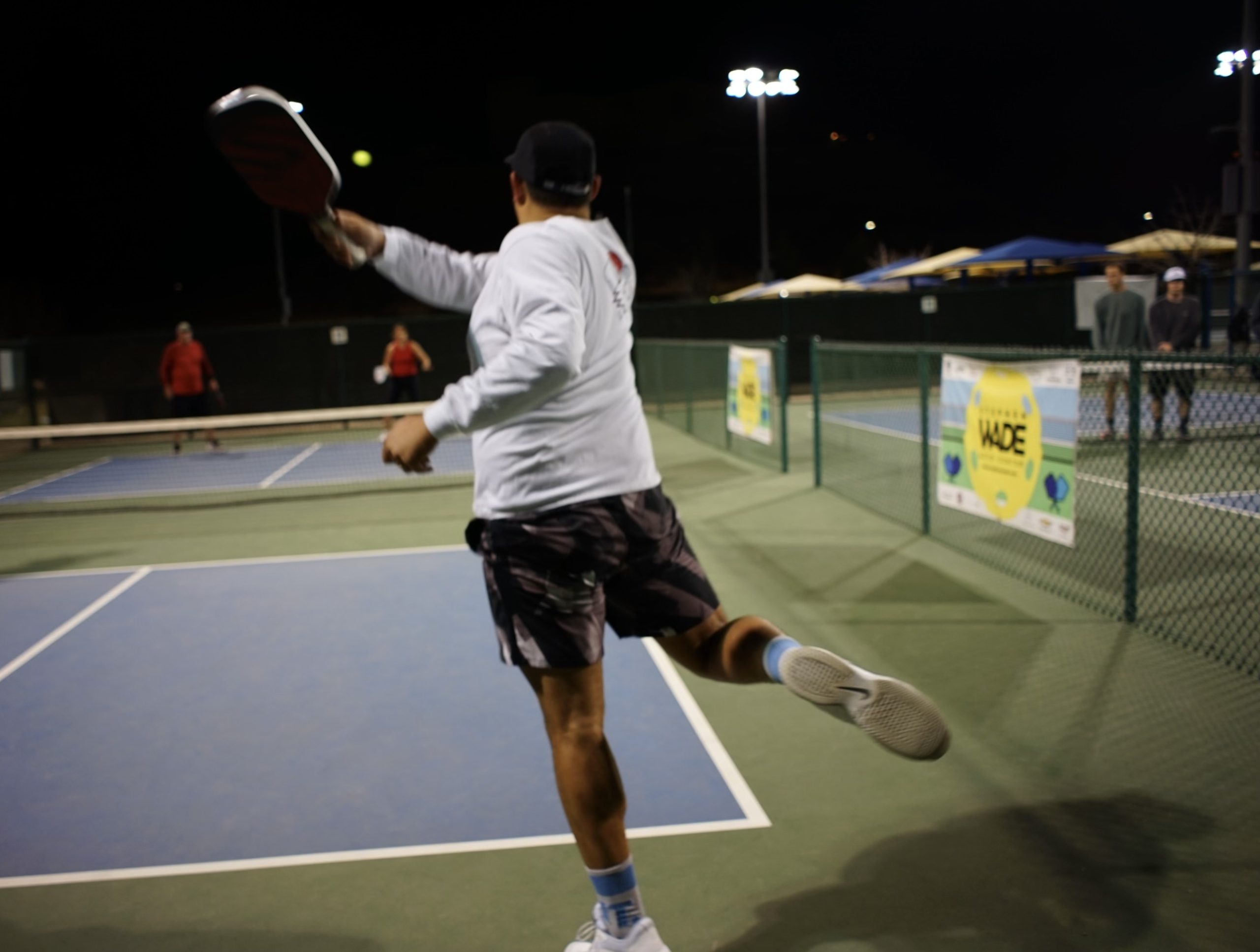 Hunter Aiono, a sophomore software engineering major from Las Vegas, hits the ball back to the opponent at their pickleball tournament. Photo Courtesy of Anna Bailey.

For students that are unable to play on a Division I athletic team, but still want to stay involved in sports, Dixie State University offers intramural sports.

As an incentive to winning intramural championships, participants will be awarded a championship T-shirt. Participants are eligible to play on two teams at a time, one being coed. Another incentive of intramurals is all DSU students and faculty can play, as well as the spouses of participants as long as they are checked for eligibility through the DSU intramural sports office.

DSU offers sports in the fall and spring semesters to keep students involved year round.

Parker Steck, a freshman nursing major from Tucson, Arizona, is involved in basketball intramurals and said it is a great way to stay active, healthy and social.

“I love being able to meet new people, play the sports I love and get better at the sport,” Steck said.

Matt Morgan, a senior accounting major from Santa Clara, California, is involved in multiple intramural sports at DSU, including volleyball, soccer and pickleball. He said the best part is competing with fellow athletes who share the same passion as you.

Morgan said he has made a good close group of friends through intramural sports, and it sparked from his coed soccer team.

Morgan said one of his favorite memories from intramural sports is unexpected for him. He ended up joining the soccer team as a goalie, a position he had never played before.

“The team said they lost a ton of their games before the tournament and they were looking for a goalie,” Morgan said. “I blocked 32 out of 36 shots and joined the team.”

Mada Mooring, a senior population health major from Fayetteville, North Carolina, is involved in basketball and flag football intramurals and loves participating for the free T-shirts. Mooring said some of the best memories she has from being involved are traveling for flag football to regional and national competitions and winning coed basketball tournaments.

In fall 2022, basketball, flag football, water polo, pickleball, ping pong and many other sports will be available for registration.