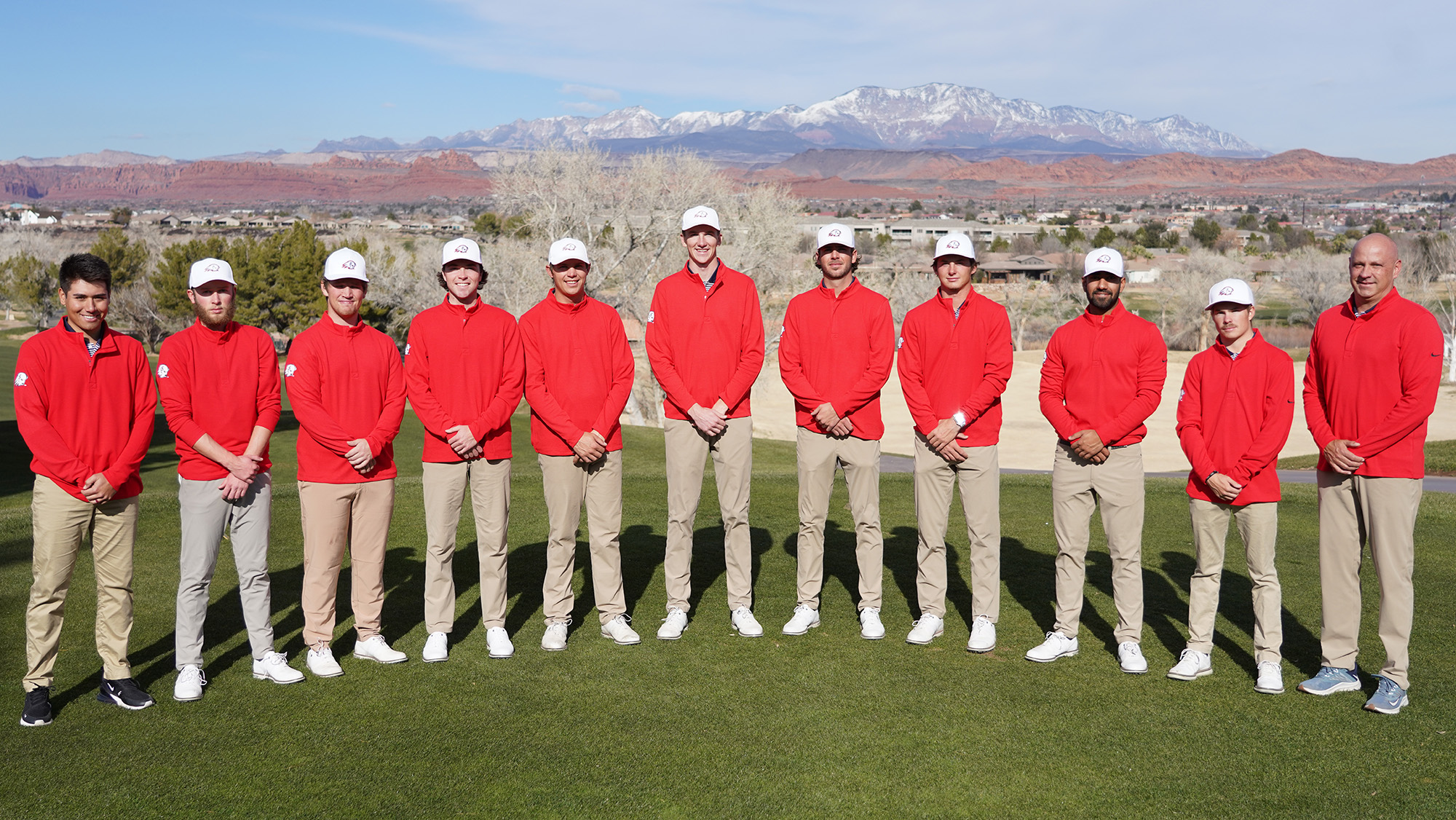 DSU men’s golf team prepares for the end of their tournaments in the 2022 season. Photo Courtesy Steve Johnson/DSU Athletics.

Dixie State University men’s golf team competed in the UC San Diego Invitational March 21-22 and took a team placement of 9 out of 14 teams.

Head coach Brad Sutterfield said Pehrson played well, but overall the team played below average to average at this tournament, and they will need to put in the work to get these results up.

“We will get a little more prepared for the course we are playing and work on getting better with the short game,” Sutterfield said. “Around the greens, we need to get a little better and sharper.”

Sutterfield said the few things they need to keep up are being able to battle back after a bad hole and score below par.

“Davis got off to a rough start in the first round but was able to battle back and gain some ground,” Sutterfield said. “In the second round, Triston gave us an under-par score, and any time you can get an under-par score it is very helpful.”

Heslington said being able to come back from a poor start was what went well for him during the invitational.

“I learned a lot about myself and how to grind out a round where things aren’t going the way I want,” Heslington said.

This tournament did not go as expected for Heslington as he expected to score better than he did.

“It was definitely worse than I would have liked, but it is golf and you never know what is going to happen,” Heslington said.

To improve for the next event, Heslington plans on getting better hits off the tee and chipping the ball better.

Gardner said other than the few things that didn’t go as well as planned, he felt he did well in other aspects of the game.

“I honestly feel that I hit the ball well enough to easily take top 10, if not top 5,” Gardner said.

One major inconvenience for the athletes competing for DSU was shots on and around the greens. Gardner said in this tournament he experienced one of his worst putting performances ever and didn’t perform well because of the condition of the greens.

“I feel that I could have won the tournament if I put well, not even good, just well,” Gardner said. “I only putt bad as I hit most of the greens in regulation and proceeded to miss putts due to the terrible greens.”

The tournament didn’t go as expected for Gardner, as he was expecting to score much better than he did: “I did much worse than I expected in the tournament. I expect to win every tournament I play in to play my best,” Gardner said. “I expected no less than the top 20 and took T-40.”

The team will practice and work on the short game before continuing to the next tournament at UC Santa Barbara Intercollegiate on April 11 at the Sandpiper Golf Club; hopeful to improve their scores.