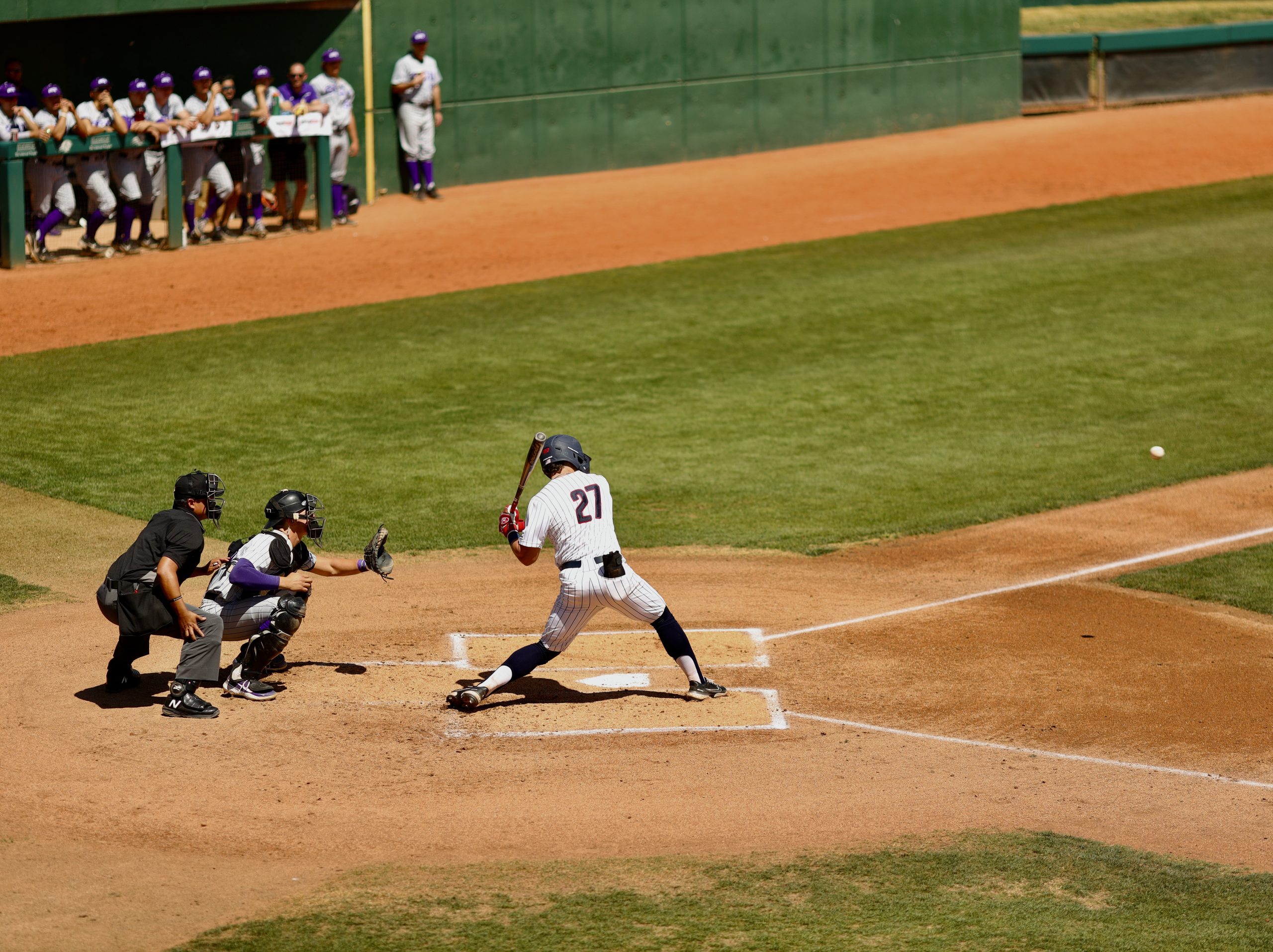 The Dixie State University baseball team played the No. 1 team in the WAC, Grand Canyon University, in a three-game series on April 8-10 with the team coming up short each game.

Before this series, DSU capitalized on a win April 5 against Brigham Young University. The team attempted to carry the same energy from this game to the series against GCU but didn’t go as expected.

The Trailblazers came into this series knowing well GCU has a good team and is ranked high, but they knew they could give them a bigger fight than last year’s series.

Head coach Chris Pfatenhauer said GCU handled the team pretty good last year because the team was experiencing some outside aspects that affected the series. The team was hoping to battle back this year and bring a bigger fight.

The Trailblazers had the first runs of the game in the third inning which led to an early score of 2-0. They were able to hold this lead until the fifth inning. GCU capitalized on a few defensive errors, scored three runs in the fifth inning, and followed with two more runs in the sixth inning.

The score stayed blank for the next two innings until GCU was able to score again in the ninth inning with two more runs. With the chance to battle back one last time, DSU was unable to score any more runs.

Therefore, the game ended with a five-run lead for GCU with a total score of 7-2.

Shane Taylor, a sophomore general studies major from Las Vegas, Nevada, is a second and third baseman for DSU.

Taylor was able to run in one of the scores in the second inning. Jack Walker, a sophomore graphic design major from Cedar Hills, helped with the play with a sacrifice hit to get him into scoring position.

Kaden Hollow, a sophomore recreation and sports management major from Boise, Idaho, hit a single and gave Taylor the chance to run home.

Taylor said the team was on a big high after their win against BYU earlier in the week but needs to continue that energy for the next couple of games in the series against GCU.

“We can’t dip on our energy, we know that we dipped tonight, and we know we have to bring a higher energy tomorrow,” Taylor said.

Starting off the game early, GCU was able to score one run in the first inning followed by four more runs in the third. DSU attempted to counteract these runs and ended up scoring two more runs. The score remained 5-2.

Only zeros in the fourth inning, but in the fifth inning GCU scored yet another two runs. DSU also came back with one run. The score was led by GCU 7-3, but the scoring wasn’t done.

In the sixth and seventh inning, GCU capitalized on a few more runs and scored two in the sixth and five in the seventh. GCU closed the game early because of the lead. The end score stood 14-3.

The Trailblazers came out on top with an early two runs in the third inning, but GCU battled back and put two runs on the board in the fourth inning. GCU followed up with another two runs in the fifth and another in the sixth.

DSU came back and scored another three runs to tie the score at 5-5. The score remained lifeless after that up until the last inning, and GCU came out on top with one last run. DSU was unable to beat GCU and fell short with a total score of 6-5.

Zach Thomas, a junior finance major from Lakewood, California, is a right-handed pitcher for DSU. He was able to get on base for the opportunity to score in the bottom of the ninth, but the GCU pitcher was able to close out the game.

Thomas said they still believe they can compete with any team, especially at the Bruce Hurst Field.

The team went into the series specifically knowing GCU has a good pitching staff, and they attempted to counteract it with what the team knows they do best.

“We are just trying to stick to our approach and what we do best, “Thomas said. “It was unlucky, many of our hits just went right to the pitcher.”

DSU will compete against the University of Nevada at its next game April 12. The team plans to continue to work on the little things and hope for a better outcome.