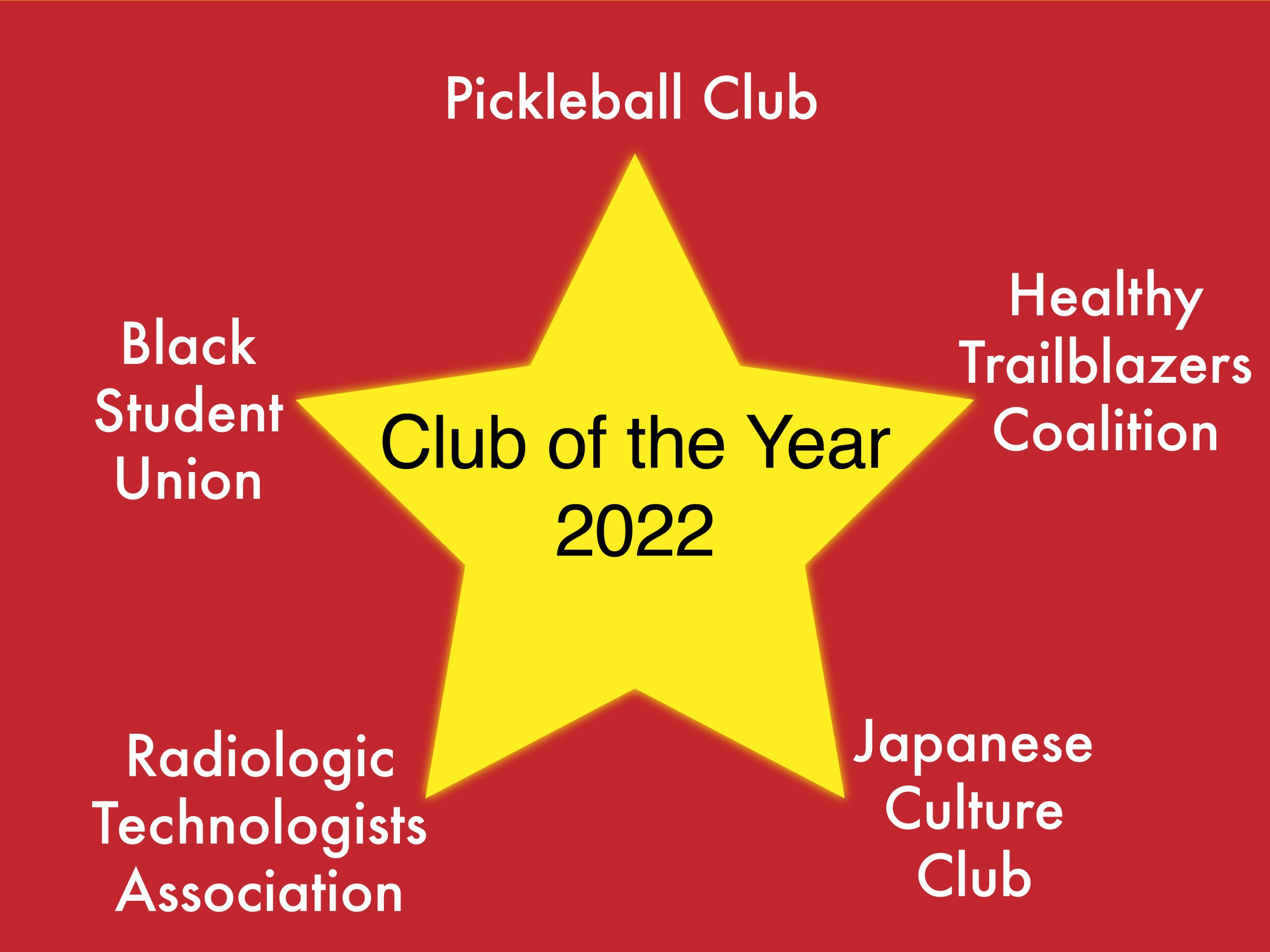 As the school year progresses to a close, awards season is upon university organizations and faculty.

The five nominees for Club of the Year for the Dixie Awards have made strides this year that made a difference in the community at DSU. Cesar Ruiz, a junior English major from Littlefield, Arizona, and vice president of clubs and organizations, said the clubs have made a huge comeback with making their presence felt after a difficult year and half due to the COVID-19 pandemic.

With the new school year coming up, Ruiz said he would like to see clubs come out of their comfort zone when reaching out to students, and he believes in finding creative ways to achieve that.

BSU is the only club linked to the Center for Inclusion and Belonging to make the list. BSU’s mission is to cultivate an understanding of Black cultures, its people and their accomplishments.

BSU President Xochile Avila, a sophomore communication studies major from Ogden, said this year the club made a difference through focusing on events showing the essence of Black excellence. She wanted to put on events that were fun for people but also more family oriented because there is a small percentage of Black students that are on campus. It was getting students to get out of their comfort zone and come to club events and participate.

The Healthy Trailblazers Coalition is a student organization focused on promoting physical and mental well-being on campus through resources, activities and support. Saige Coates, a sophomore pre-nursing major from Herriman and president of the club, said the difference the club made this year was by providing countless resources for students.

Coates said a few ways have they have shown this is through adding a second Rx drop off box  on campus, making Deterra disposable drug kits (a way get rid of Rx and OTC medications) more accessible, being involved in campus RA Naloxone training, and hosting multiple events based on wellness and stress relief.

The club was very active in volunteering, creating ties with other clubs, and community liaisons such as Utah Support Advocates for Recovery Awareness.

The Japanese Culture Club is a club dedicated to Japanese culture, cuisine, entertainment, traditions, etc. It’s a community that allows students to get a chance to learn and immerse themselves in authentic Japanese culture through activities.

Gregory DeWitt, a junior history and criminology major from Kimberly, Wisconsin, and president of the club, said: “What the club really strives for is to be a fun place to go and relax for a day during a long school year. I felt we were able to teach our members a lot about Japanese culture, which is ultimately what we strive for first and foremost.”

The Radiologic Technologists Association is a student-led organization that works together to move forward the medical imaging profession to provide better health quality service.

Ali Morgan, a junior medical radiography major from Bend, Oregon, and president of the association, said the club made a difference by being a helping hand this year.

“We made it to a ton of service projects this year and actually serviced the most service hours out of all the clubs on campus,” Morgan said.

They had two teams in the Great Race, attended every ICC meeting, and helped at as many campus service projects as the club could.

The Pickleball Club is a student-led club where students can play pickleball whether it be casual or competitive. Matthew Morgan, senior accounting major from Santa Clara and president of the club, said the club created a consistent activity that allowed students to compete in a fun and safe environment.

Morgan said it was very rewarding when he would receive texts from people being genuinely happy to simply be invited to pickleball nights.

“I’ve realized that there are so many people on campus with nothing to do during the night and that they are just waiting to be invited out to do things,” Morgan said.

Morgan said he would like their tournaments geared towards charity, as this is something he has recently been doing with recent tournaments.