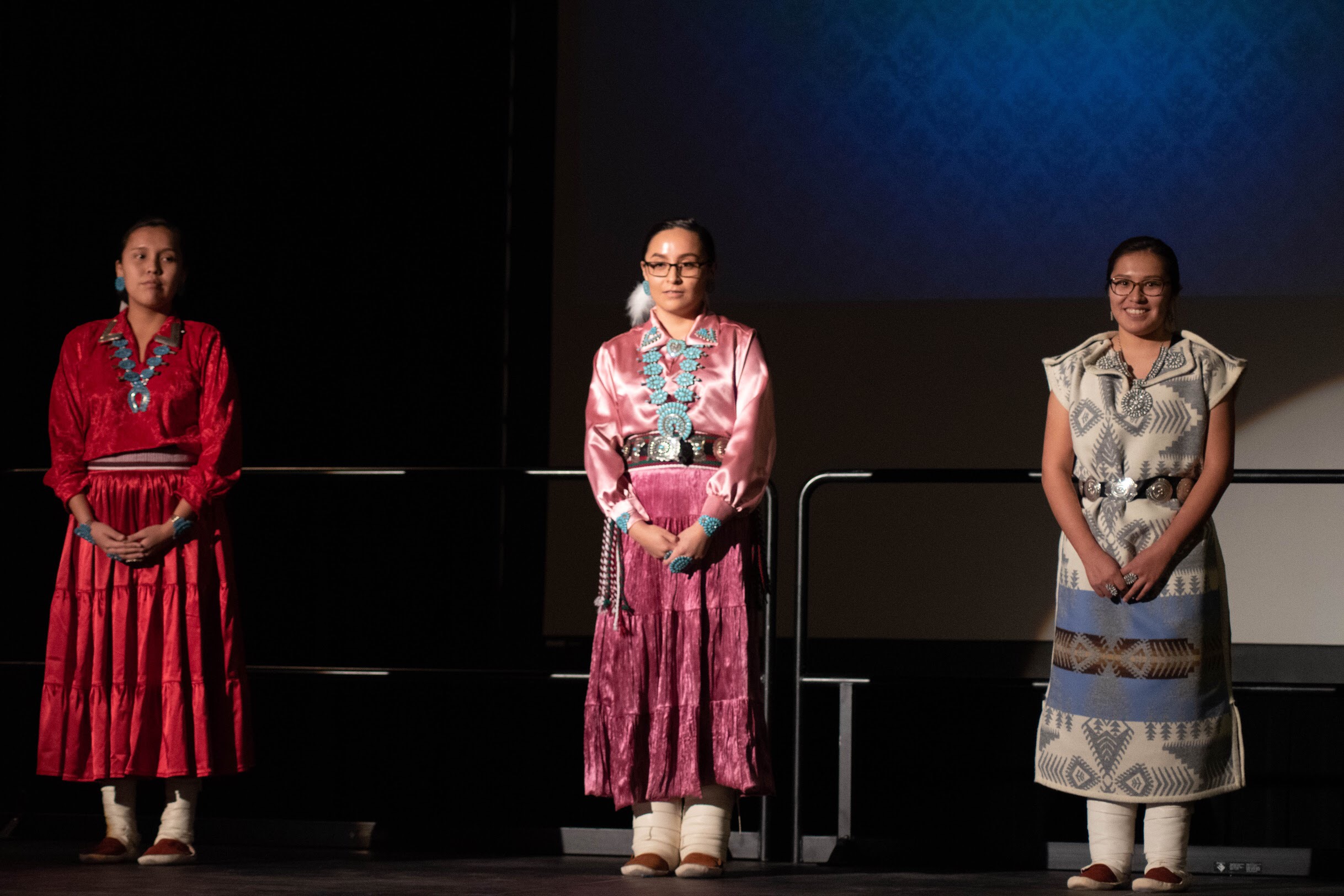 “I am actually really shocked about it and I am pretty happy,” Begaye said. “With this honor, I want to attend certain events back on my reservation and get Dixie State out there and encourage other Native Americans at the university to do the same thing.”

The three girls were scored on modern wear, on-stage questions from the judges, modern talent competition, and traditional talent competition. In addition, judges assessed other categories outside of the pageant, which include a private interview, written essay, academic achievement, service, and involvement within the university.

The event included a traditional opening prayer, a speech by Miss Dixie Elliana Habibian, a musical performance by Kaleb Jake and Mars Bloodgood of Cedar City, and a recognition of special guests attending the pageant.

Habibian said: “These girls are doing an absolutely amazing job. I know first hand how nerve-wracking it is to get up on stage. It takes a lot.”

“Being Miss Native Dixie has been one of the best opportunities I have yet to experience here at [DSU], and I couldn’t have been any happier to have represented the Native population within and outside of [DSU],” said Joe.