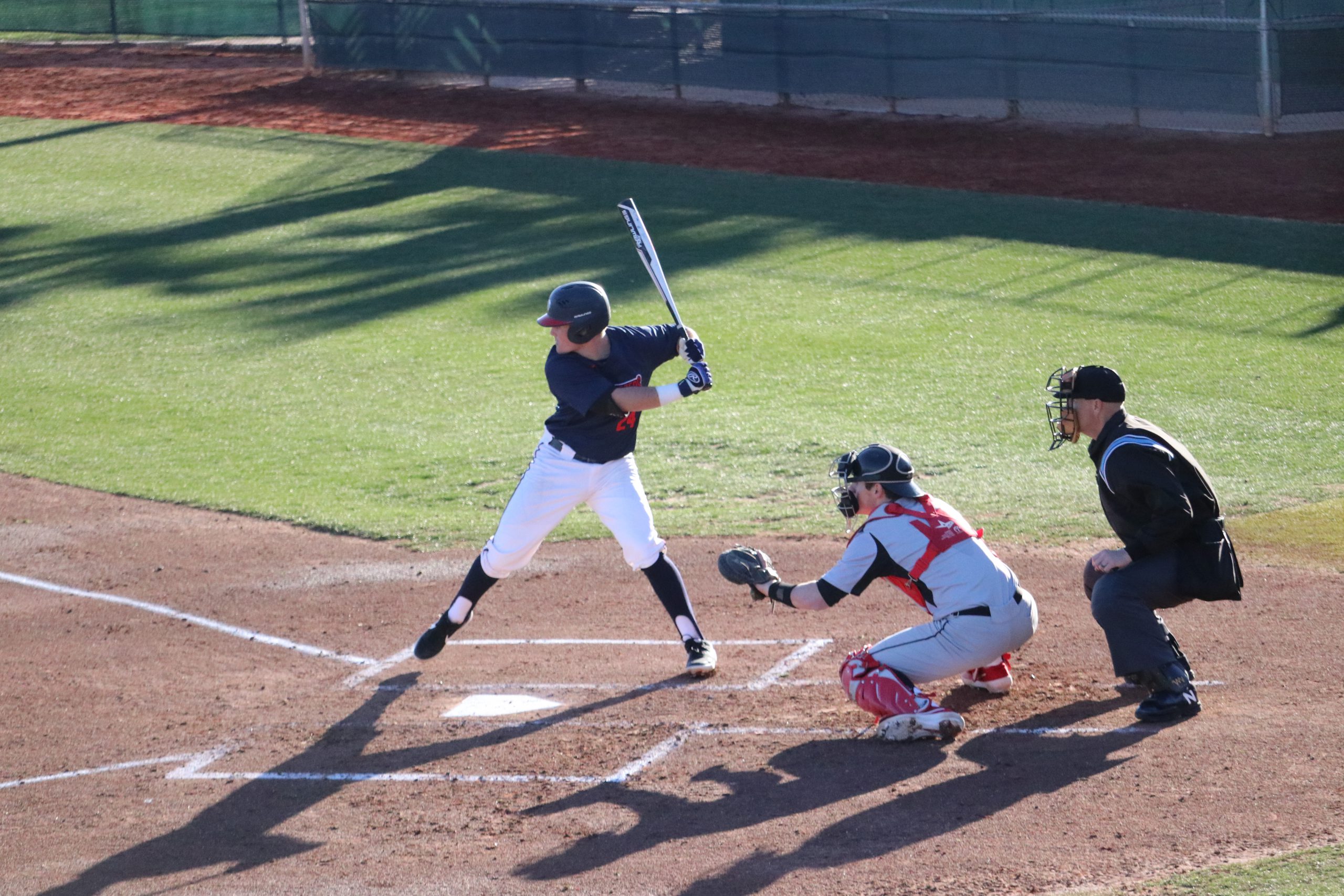 “If we can scratch first runs it’ll keep us in every game like it has,” Pfatenhauer said. “And then when our bats get going I think we have a chance to be pretty good. I’m happy with where we’re at. As long as we are getting better everyday, that’s my goal.”

DSU’s two losses were decided by two runs or less. Despite the two defeats, the Trailblazers have scored a total of 63 runs in the first eight games.

Jake Brown, a redshirt junior Spanish major from Mesa, Arizona, said the team has yet to reach its full potential this season.

“We’ve had our ups and downs so far,” Brown said. “We’re not even close to our potential and we’re still winning games so I’m really excited. We’ll be able to peak at the right time.”

“But we’re still finding a way to win,” Flemetakis said. “And that’s a huge thing to have in a team to be successful down the road. No matter how we’re playing, we’re going to find a way to pull it out.”

Out of the eight games the Trailblazers played, they competed against only four teams. Throughout the 2019 season, the Trailblazers will play against 11 teams to finish off their 42 games. Out of those 42 games, DSU has 10 double headers.

Flemetakis said the players can get mentally and physically drained while playing two games in one day.

“If you lose the first game it’s hard to build momentum and come back strong for the second game,” Flemetakis said. “If you win your first game, you have lots of momentum going into the second game. It’s not easy but it gives you a better chance of winning for sure.”

The Trailblazers continue their season with four home games over three days against Montana State University Billings beginning on Feb. 22 at 1 p.m at Bruce Hurst Field.