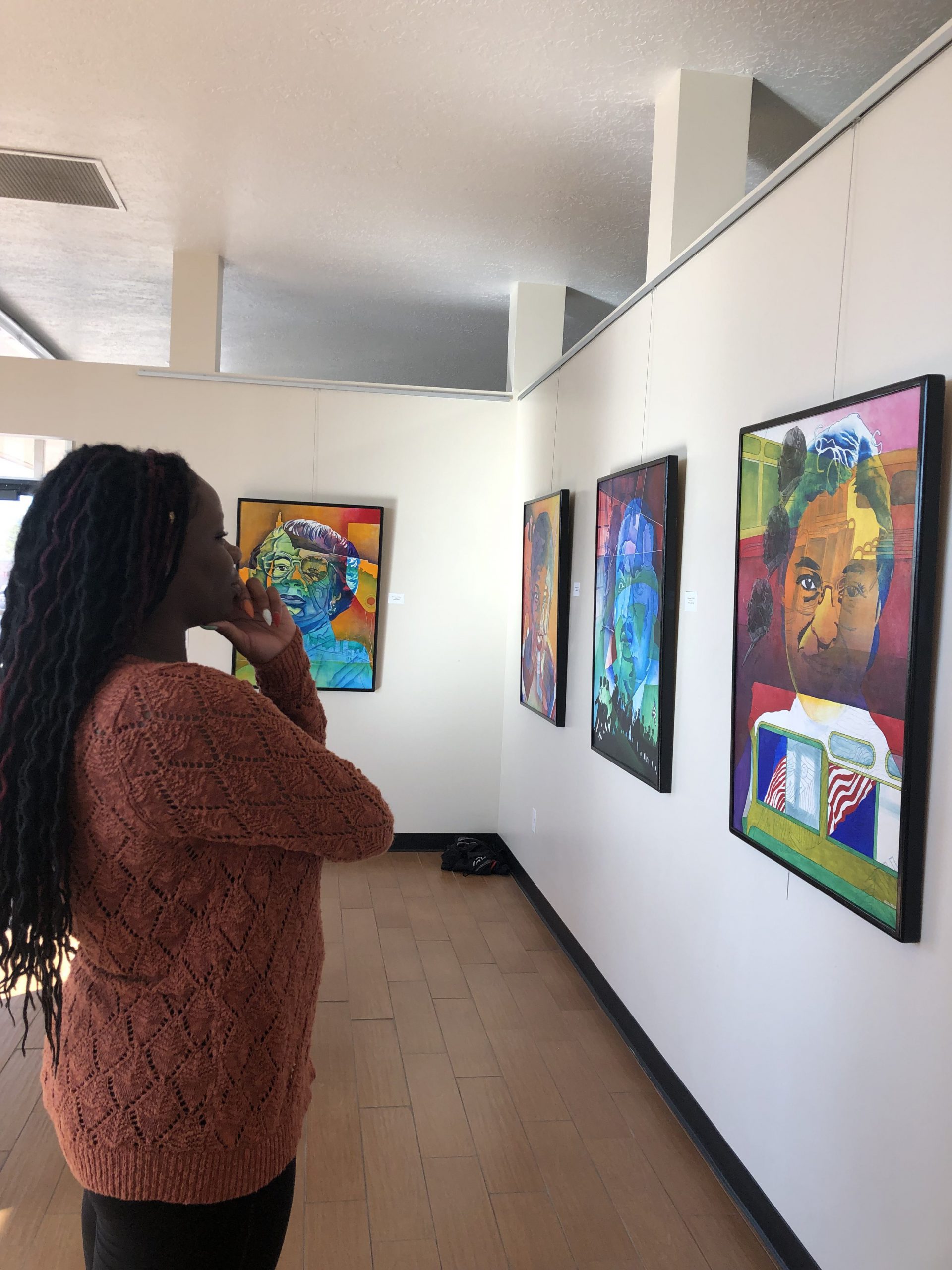 Black History Month has arrived, and Dixie State University and other organizations have found diverse ways to celebrate.

Black History Month, first known as Negro History Week, was established in 1925 by the Association for the Study of African American Life and History, and first celebrated in one of the weeks during February 1926, according to ASALH.

Harvard-trained historian Carter G. Woodson founded ASALH, first known as the Association for the Study of Negro Life and History, in 1915 because he wanted to raise awareness of the African Americans’ contribution to civilization, according to ASALH. The association continues to promote the study of black history.

ASALH organizes an annual luncheon in celebration of this month. Prior to the lunch this year on Feb. 16 they are featuring authors from across the nation who have written on a variety of issues related to African Americans, according to ASALH. Its 2019 theme for Black History Month is Black Migrations.

According to ASALH, Woodson and the association’s goal of the celebration month is to focus on black men and women who contributed to the advance of human civilization.

The MIC has a few different events planned to celebrate Black History Month, said Tasha Toy, MIC director and chief diversity officer. They organized new events this year because they wanted to incorporate new ideas into the celebration of Black History Month.

There is a comedy night on Feb. 12 featuring African-American comedian Kevin Bozeman.

The purpose of this event is to remind students that when talking about cultural issues, it does not always have to be hard and heavy, Nelson said.

“We want to let people know that they can come have fun and laugh,” Nelson said.

The Martin Luther King Jr. Day of Service was also rescheduled for Feb. 23 due to bad weather on the original MLK day, Toy said. This is a new event the MIC is trying out.

“With new people [comes] new opportunities,” Toy said. “We are trying new things, but staying true to our traditional [events] as well.”

The Multicultural and Inclusion Student Association, a part of the MIC, is hosting a poetry slam on Feb. 19, this being its second year in a row, Toy said.

The reason for the poetry slam is to “make literacy an important piece of Black History Month,” Nelson said.

African-American or Black authors are preferred, but it is not a requirement. The poetry slam is organized in conjunction with the National Council of Teachers of English, who organizes the National African American Read-In, Nelson said.

The MIC decided to organize unique events like the poetry slam and comedian night rather than a traditional speaker program to diversify the events for the celebration, Toy said.

The art department has collaborated with the MIC the past five years to present the black history art gallery, professor of art Dennis Martinez said. The gallery is showcasing work by Las Vegas painter Sylvester Collier that the department received from Left of Center Art Gallery in North Las Vegas.

The artwork will be a series of portraits of Martin Luther King, Harriet Tubman, Malcolm X, Rosa Parks and others, Martinez said. It is titled “Trailblazers” because the artist listed it as African-American Trailblazers.

This art gallery emphasizes diversity that goes on in the art world and pushes elements of diversity on campus as well, Martinez said.

If you have any questions about the events or want more information about the MIC, visit Toy in her office, Browning 211-A or call her office at 435-652-7735.