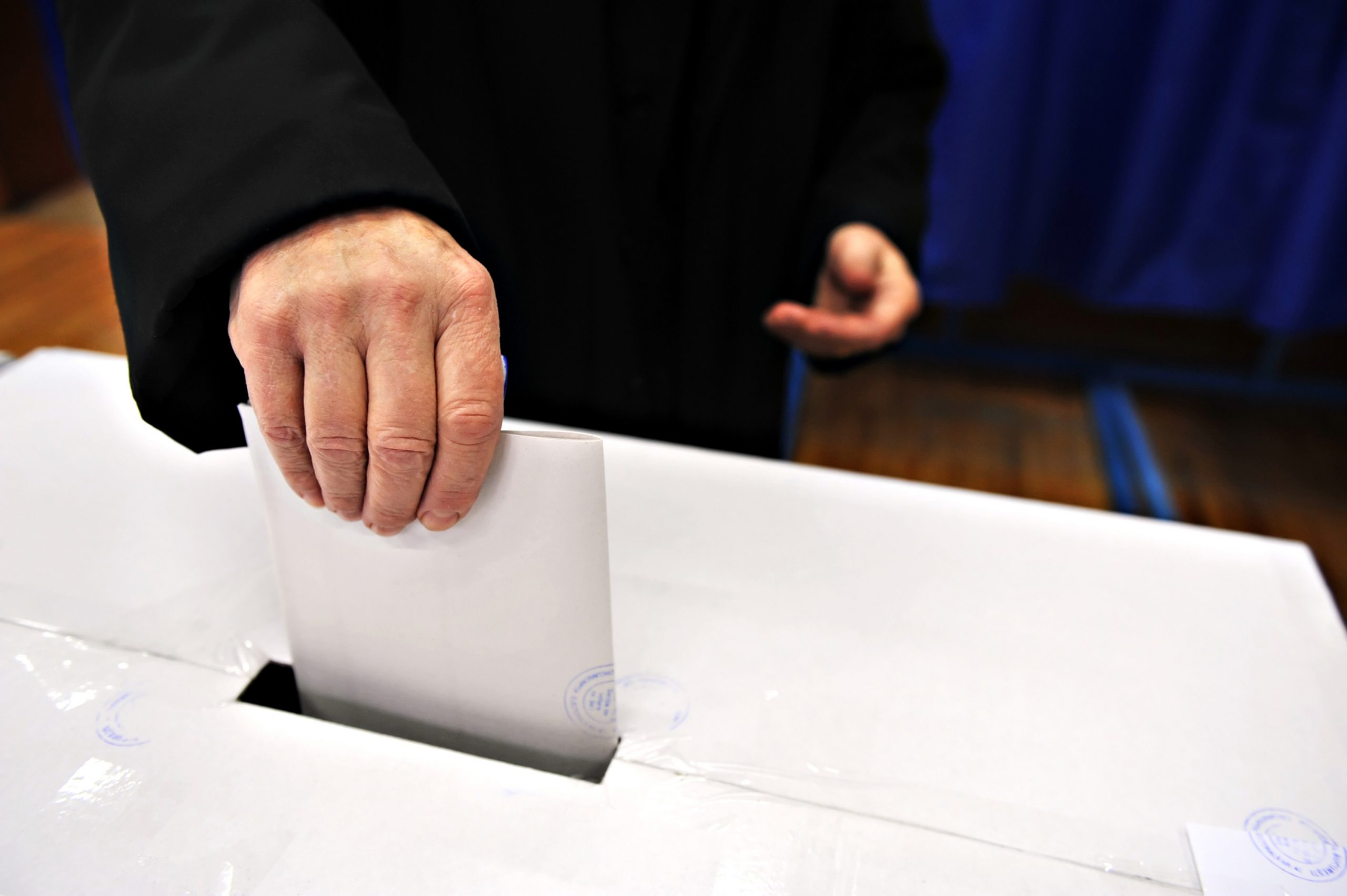 Close-up of a man’s hand putting his vote in the ballot box. (TNS)

If student leaders are elected while running unopposed or with a minority of the students voting, there is no point in holding elections.

During the 2017-2018 student elections, all three elected leaders ran unopposed. Even when there are multiple candidates for an elected position, students feel that it doesn’t matter or that there is too much pressure around elections to make voting enjoyable.

Dixie State University’s student elections are mirroring the nation-wide epidemic of voter apathy amongst young people, and the solution is not to hold more elections. With midterms in full swing and graduation around the corner for seniors, student elections come at an inconvenient and already-stressful time.

In a Twitter poll posted by Abby Doman, only 35 percent of the participants said they were planning to vote in the upcoming student elections, as opposed to the 65 percent who said they were not. Even then, however, the poll only accumulated 17 votes throughout the 24 hours it was posted.

It is important for students to have a voice, but when a practice makes students feel their impact is smaller than reality, it is sure to have adverse outcomes. Student elections with limited voter turnout or unopposed candidates do just that.

There are plenty of resources on campus to help students become politically invested and educated for any which way they lean. The Institute of Politics, College Democrats, College Republicans and other outlets on and off campus have ways to help students get involved. Students will survive, and maybe even benefit from, a spring semester without the pressure to vote for seemingly pre-decided student representatives.

It may be policy to hold elections, but the system is broken; tradition shouldn’t be the only reason or driving force behind such a detrimental part of misconstruing to students that they don’t have a voice.

It’s time to reassess the process of electing student leaders. If polls are absolutely necessary, let’s find a way to involve more students – obviously the emails, campus rallies and door-to-door canvassing aren’t cutting it. If, throughout the process of examining what is beneficial for students, it’s found that polls are not necessary, let’s try something new. Just because it’s what has been done in the past doesn’t mean we have to do it now.

The world is changing, and we would be fools not to change with it.