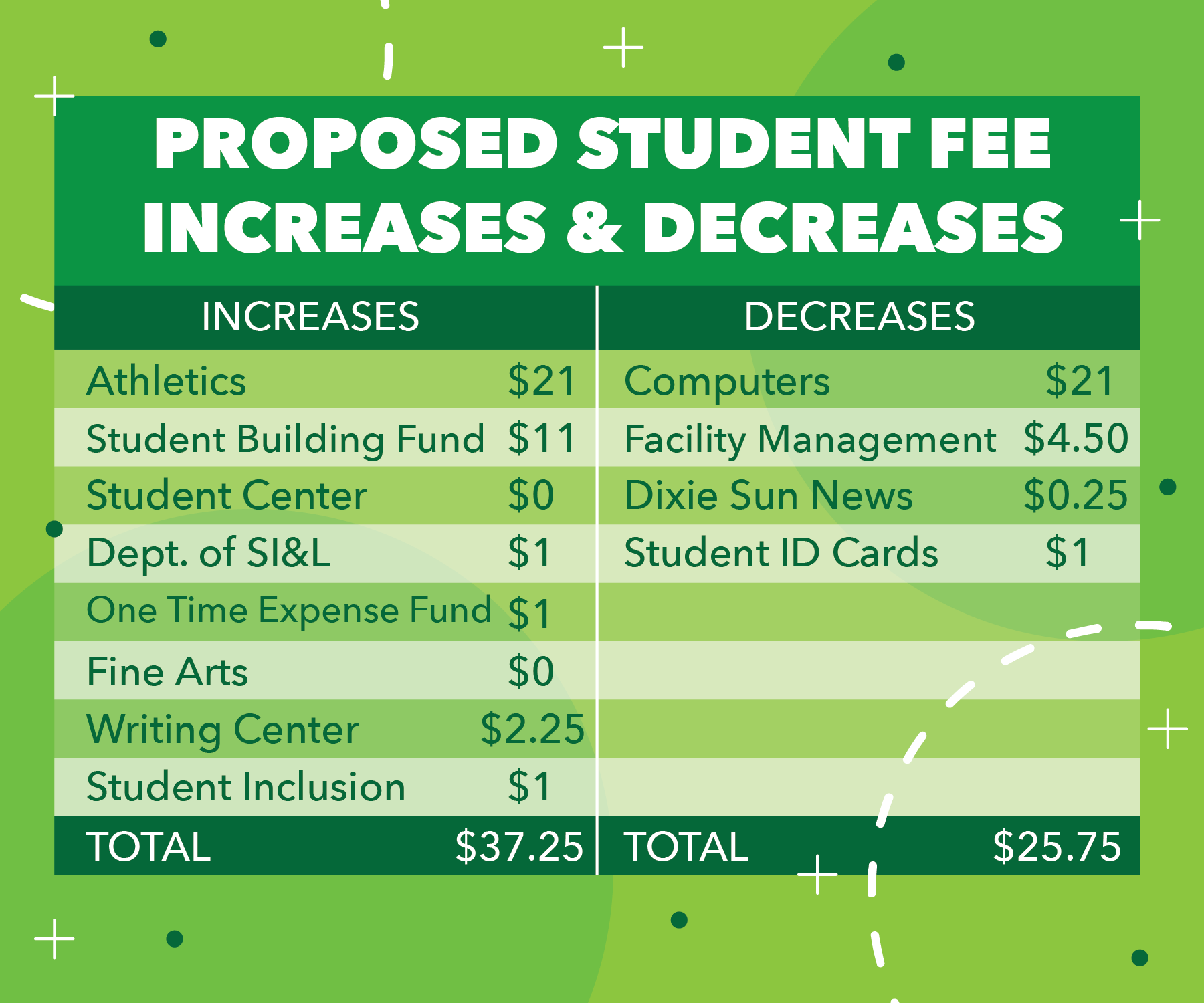 Paul Morris, vice president of administrative affairs, announced to the audience that Dixie State University is hoping to receive at least 4 percent tuition increase. This would result in residential students seeing an $89 increase and a $285 increase for non-residents.

“Depending on what the state does — if the state gives us a pretty good appropriation this year, we are hoping to get 4 percent,” Morris said. “If we do not get much money in the appropriation it will probably be more towards six percent.”

Cajun Syrett, student body president and a junior communication major from Bryce Canyon, announced that the SFAC is hoping to increase student fees by 2.64 percent, or $10.50. This results in a total fee cost of $408 per semester for the 2019-2020 school year. This increase is mostly dedicated to funding the athletic decision to move to Division I.

Syrett said: “I want to thank the administration at [DSU]. We have an amazing administration that really does care about each and every one of you students because they went and freed up a ton of money so that this DI athletic movement would not be a huge burden on you as students, and the administration took a lot of that for themselves.”

In fact, there is a reallocation of $15.50 that will go to athletics. The administration also used a one-time expense fund to help pay for these improvements such as re-vamping the Kenneth N. Gardner Student Center and the Trailblazer Stadium.

To do this, the SFAC deleted a campus facilities management fee of $4.50 and a student ID card fee of $1. They also decreased instructional computer fee by $21 and the Dixie Sun News’ fee by $0.25.

The Dixie Sun News staff was vocal about its disagreement with the SFAC’s decision and questioning on that subject took up most of the meeting time.

Arielle Cabrera, a producer for the Dixie Sun News and a sophomore multimedia journalism major from Flagstaff, Arizona, said: “We are not the bad guys here; we are just always getting cut first.”

To support Dixie Sun News in its effort to save its funds, sign the petition at https://www.change.org/p/dixie-state-university-don-t-cut-the-dixie-sun-news-funding