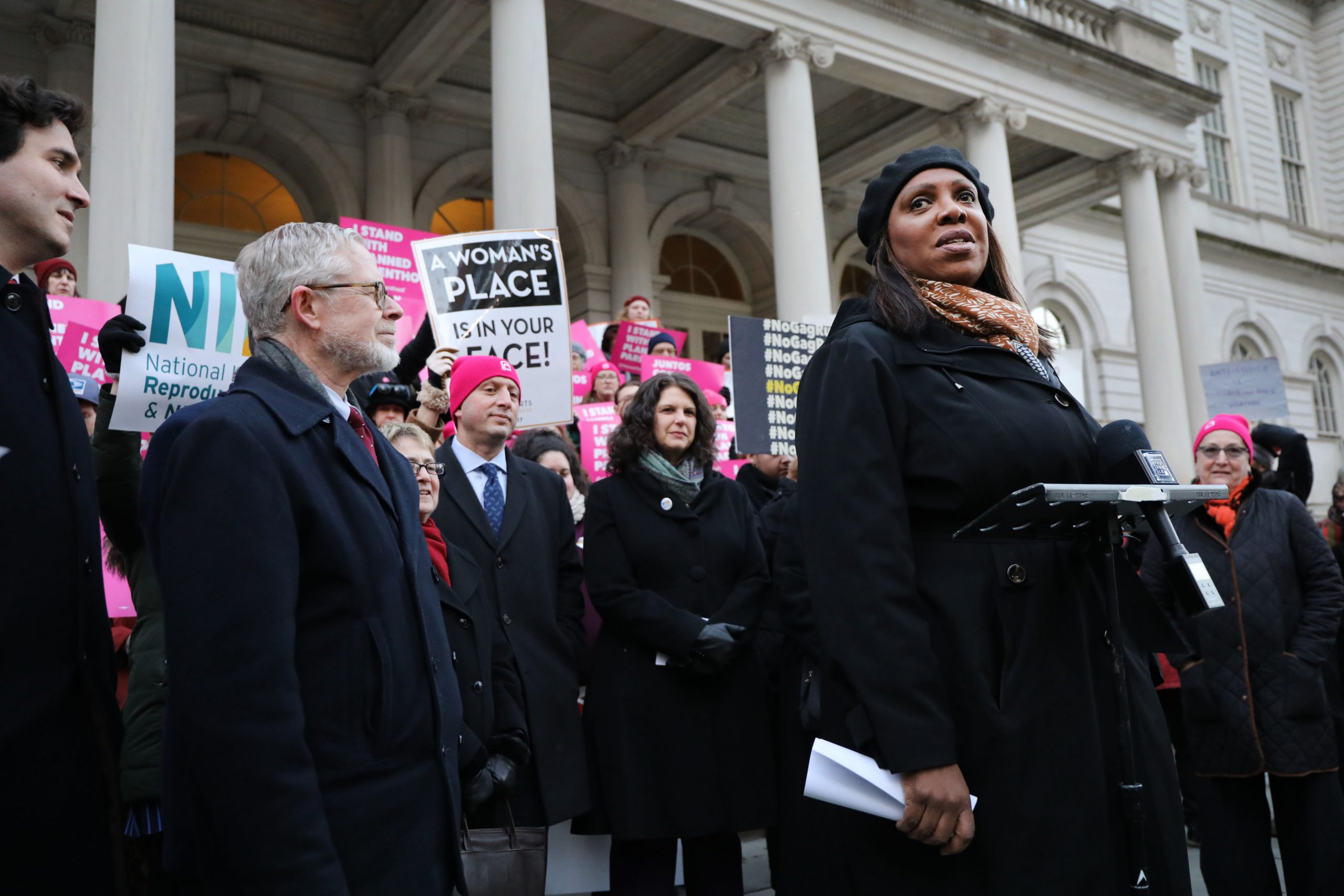 NY Attorney General Letitia James speaks at a news conference and demonstration with pro-choice activists, associated with Planned Parenthood at City Hall against the Trump administrations title X rule change on Feb. 25, 2019 in New York City. The proposed final rule for the Title X Family Planning Program, called the Gag Rule, would force a medical provider receiving federal assistance to refuse to promote, refer for, perform or support abortion as a method of family planning. (TNS)

For one of the most powerful and infamous men in America, it shouldn’t come as a surprise that President Donald Trump would misuse his position for less-than-satisfactory purposes.

Trump declared a national emergency in order to fund the southern border wall and is using it to get other campaign promises wrapped up and relieve party pressures. Among all of the hearings, pop-culture breakups and celebrity indictments, Trump wielded the power granted to him with his heinous presidency to defund Planned Parenthood.

There is nothing wrong with declaring a warranted national emergency; on the other hand, it is when bogus emergencies are used to push agendas politicians know they cannot pass that highlights just how broken and corrupt our political system is.

Despite the not-so-popular opinion, Planned Parenthood does not exclusively deal with abortion and the organization doesn’t offer services only to women. Sexually transmitted disease testing, cancer screenings, and birth control opportunities are just a handful of benefits for anyone who needs it regardless of insurance or financial status. Planned Parenthood offers free and inexpensive services, which is especially important to students.

Planned Parenthood is an advocate for sexual education, which is increasingly important not only around the nation but also, and more especially, in the state of Utah. When populations are more sexually educated, there is less underage pregnancy and STDs.

Trump is no stranger to attacking the benefits of the less financially stable and racial, sexual and religious minorities. As an LGBTQ+ student, Planned Parenthood is one of the few places that I feel comfortable and safe going to for medical care. The organization offers online and in-person resources for students like me at little to no cost, and hormone therapies, support groups and service referrals are just a few. Planned Parenthood has done more to prevent LGTBQ+ suicide than the Church of Jesus Christ of Latter-day Saints and the state of Utah combined.

We could have prevented Trump’s disastrous presidency. It is important now more than ever that students pay attention to presidential hopefuls coming forward and, more than anything, vote.