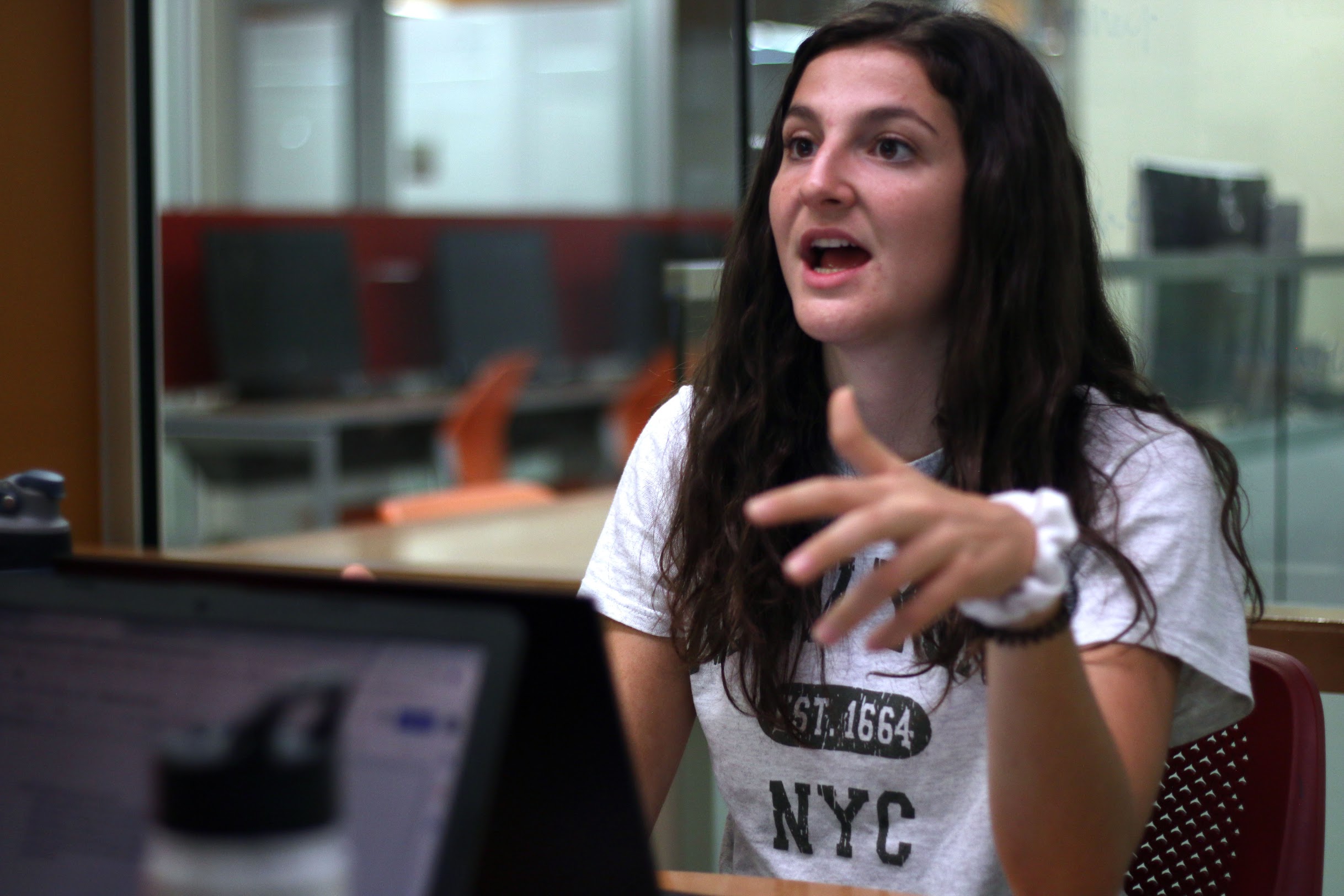 Maeci Hicken, a freshmen general studies major from Hurricane, makes a to do list for her devoted study time. Like many of her peers, Hicken suffers from the Sunday Night Blues. Photo by Jaxon Chapman

It’s Sunday. Things should be great right now. Homework is done, a few hours are left before bed and the weekend has allowed time to wind down from the stress of the previous week. Except now there’s next week to worry about, and it’s difficult not to think about it even though it hasn’t happened yet.

According to a Monster.com poll, 76 percent of respondents in the U.S have experienced the Sunday Night Blues — when people worry about the fact that only one night’s sleep stands between them and the coming week — and they have them “really bad.”

Sociology professor Matt Smith-Lahrman said he gets the Sunday Night Blues most Sundays throughout the school year.

“As Sunday moves along, as the hours creep by, I start thinking less about my home life and more about work,” Smith-Lahrman said. “This produces a certain amount of anxiety within me. Thoughts of work wedge themselves in my head, making the enjoyment of the latter part of the weekend a little more difficult.”

Emily Mildenhall, a junior English major from Hurricane, said she feels the Sunday Night Blues nearly every week as well, especially deeper into the school year.

“During the first month or so, it’s not too bad,” Mildenhall said. “Midterms are probably when it’s the worst, honestly. Even finals give some sort of a light at the end of the tunnel.”

The Sunday Night Blues, terrifying as they may seem, can be fought off. Below are five suggestions for how to deal with them.

“I try to keep busy on Sunday,” Smith-Lahrman said. “I play the guitar, watch a game on TV [or] go outside.”

Mildenhall said distraction and procrastination have worked for her thus far, though she doesn’t recommend going to the extremes she does.

“I essentially pretend that I have no homework until like 9 p.m., then rush to complete all my assignments that are due by 11:59 that night,” Mildenhall said. “Netflix and YouTube are my main vices when it comes to procrastination.”

“Media opens the world so that one cannot have what the previous generation realized, which is total freedom to enjoy life on the weekends,” Oxley said. “Always being in contact causes stress, especially since if you don’t respond, even on the weekend, you are not a ‘team player.’”

Mildenhall said she thinks it depends on circumstance, but technology can definitely have an influence. She said sometimes it’s best to take a break from technology and do something else.

Suggesting how to unplug, Mildenhall said, “The occasional ‘I need to stare at my ceiling for 45 minutes before I even check Canvas’ [tactic] also comes to mind.”

Write Your Feelings Down

Sometimes just writing down what you’re stressing about is enough to allay your fears.

James Quick, professor of leadership and organizational behavior at The University of Texas at Arlington, said in a Huffington Post article: “It’s a catharsis to get it out on paper … It’s like flushing a toilet: You get it out on paper and you have flushed your system out. Plus, when you go back and look at it you may realize that some of what you’re thinking and feeling is a little off reality.”

In some cases, the best thing to do about the Sunday Night Blues is to prepare throughout the week.

“Do something,” Smith-Lahrman said. “Don’t get in a situation where all you do is dwell on what ails you.”

Oxley said he suggests making a checklist of things to do.

“Just knowing that the required tasks are listed frees one to enjoy and not worry about forgetting something,” Oxley said. “Address them at an orderly pace, not all at once. Make use of time management and spread it throughout the weekend.”

According to the article: “Not only was it difficult to separate from each of her parents, but inevitably she left something behind, and inevitably they gave her a hard time about bringing whatever it was to the other parent’s house. So, her anxiety and exhaustion as an adult were often fueled by an ever-present worry that she was going to forget something important that it would be difficult to retrieve.”

These issues may not be easy to deal with in the short term, but acknowledging them is the first step and talking to someone about it can help. That someone can be a friend, a family member or a mental health professional.

For a professional hand dealing with underlying issues, students should reach out to the Health and Counseling Center at 435-652-7755.