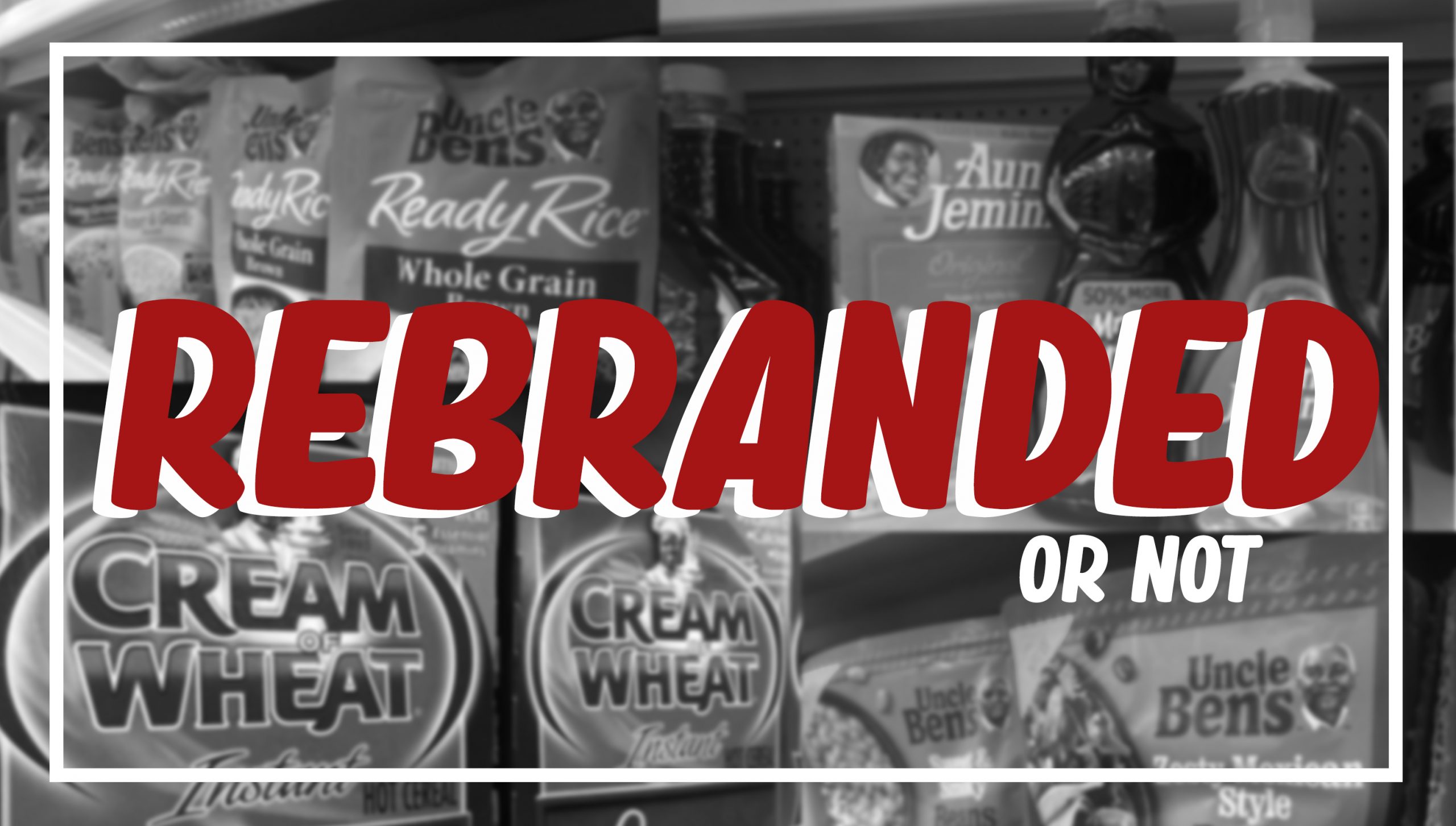 Uncle Ben’s, Aunt Jemima, Mrs. Butterworth’s and Cream of Wheat are four brands that companies are rebranding due to claims of racism. This is not the way to react to our racist history, Kristi Shields says. Photos by Kristi Shields.

Companies should not have to rebrand their products to please individuals and people should not feel shamed or racist for purchasing these products.

Since June, several companies have released statements announcing their rebranding of certain products due to claims of racist connotations.

Aunt Jemima, a brand of syrup and pancake mix, announced its plan to rebrand due to backlash for advertising a racial stereotype. The brand portrays “the white, romanticized notion of an Antebellum ‘mammy,’ detached from the cruel reality of enslavement during the late 19th century,” according to a WBUR article.

While the company understands the racial connotation and Richard’s family said they support the decision, her niece Vera Harris stated in an article: “Erasing my Aunt Lillian Richard would erase a part of history. All of the people in my family are happy and proud of Aunt Lillian and what she accomplished.”

17-year-old Briones Bedell, who started a petition against it, said “They’re racist because they exoticize other cultures, present ‘Joe’ as this default normal, and then the other characters — such as Thai Joe, Trader José, Trader Joe San — falling outside of it.”

However, an Aug. 3 article states that the company rescinded its announcement to rebrand. Trader Joe’s spokesperson said, “We disagree that any of these labels are racist and that we thought then — and still do — that this naming of products could be fun and show appreciation for other cultures.”

Uncle Ben’s also announced in June that it will rebrand its rice.

According to a CNN article, Uncle Ben’s name was first used in 1946 in reference to a black farmer known as Uncle Ben who excelled in rice-growing. The man depicted in the logo is “a beloved Chicago chef and waiter named Frank Brown.”

The company’s spokesperson said it wants to evolve its brand identity to appropriately reflect its values.

These are just three of several companies that people feel are promoting racial stereotypes; others include Dreyer’s, Cream of Wheat and Mrs. Butterworth’s.

In fact, the companies have said it was not their intention to perceive these characters in a racist way, but they are understanding as to why these products were perceived that way.

Conagra Brands said in a statement: “The Mrs. Butterworth’s brand, including its syrup packaging, is intended to evoke the images of a loving grandmother. We stand in solidarity with our Black and Brown communities and we can see that our packaging may be interpreted in a way that is wholly inconsistent with our values.”

Trader Joe’s spokesperson said, “the controversial approach to naming may have been rooted in a lighthearted attempt at inclusiveness; however, we recognize that it may now have the opposite effect.”

No matter what anyone does, not everyone will be satisfied all the time.

As much as our racist history is disheartening, it is part of history, and we shouldn’t be erasing it, we should be learning from it.

Corporations should not be guilt tripped into rebranding for unintended racism; they should be able to incorporate various cultures into advertising as a means of inclusion without offending people.

Where do we draw the line at cultural appropriation? Will learning other languages become racist because that is appropriating one’s culture? Will dressing up as cultural icons (such as Jackie Robinson or Black Panther) for Halloween become racist?