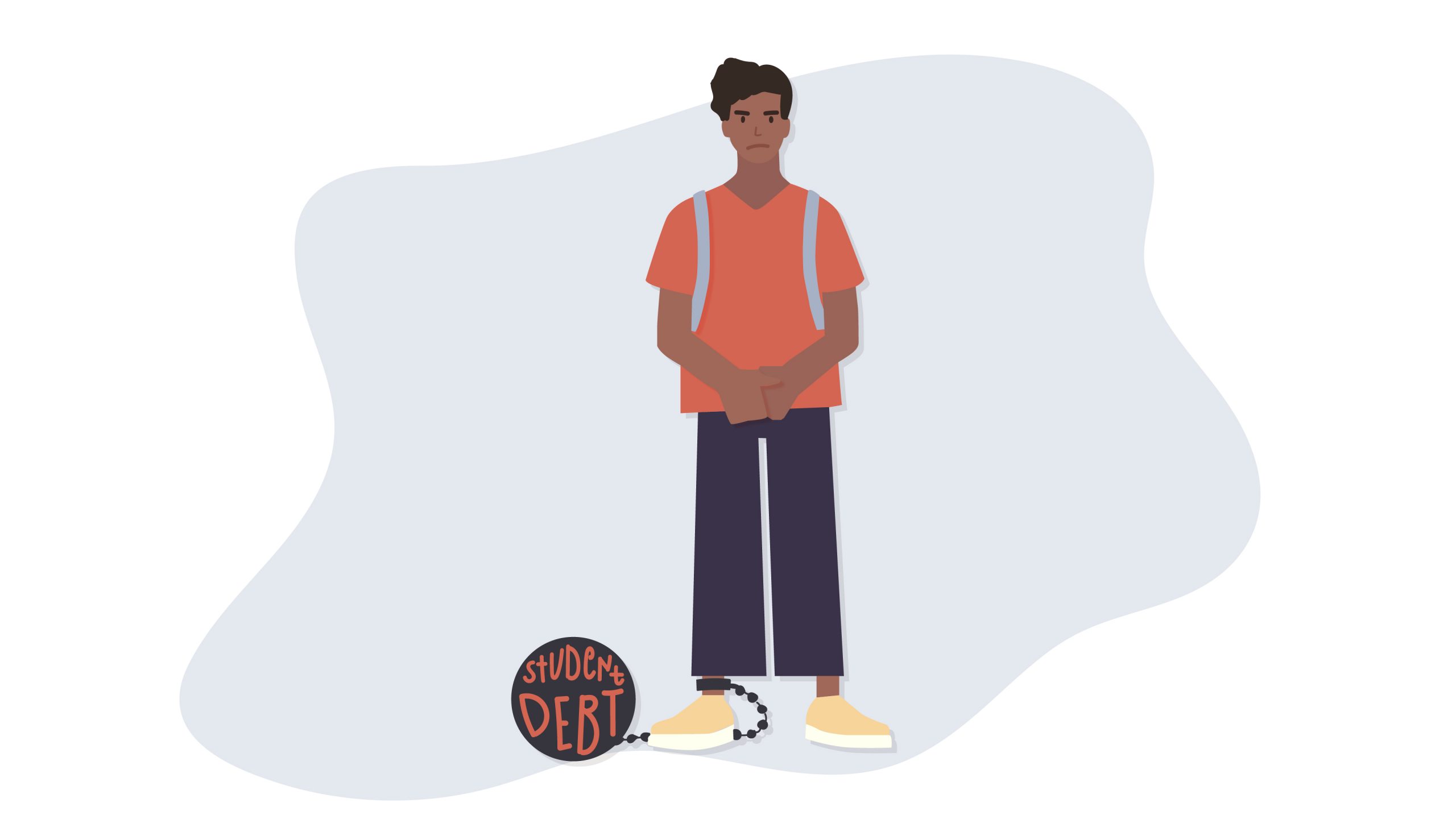 Student debt can impact many aspects of a person’s life. President Biden is pushing for forgiveness of $10,000 per student, but Emily Mildenhall says this is only a temporary solution to a bigger problem. Graphic by Emily Wight.

President Joe Biden is working toward forgiving $10,000 per student in loan debt, with other members of Congress urging him to forgive up to $50,000 per student. While I am fully on board with this proposal, it’s only treating a symptom of the student debt issue, not addressing the cause.

Americans owe a whopping $1.7 trillion in student loan debt with an average of nearly $30,000 per student. Is it reasonable to expect students to take on a financial burden comparable to the down payment of a house? Most jobs that pay a living wage require a bachelor’s degree minimum, and it reflects poorly on one of the richest countries in the world that 44.7 million of its own people have to compensate so much just for getting higher education.

Eighteen-year-olds are expected to manage to pay back thousands of dollars in tuition fresh out of high school. They’re out in the real world for the first time ever, and college is supposed to be a new and exciting chapter in their lives. Predatory lenders see young, gullible prey and hook them in with the promise of “you can pay it back later” or “you can pay in installments.”

Navient, a student loan company extended from Sallie Mae, was one such company that used purposeful negligence in collecting loan payments to scam vulnerable students out of more money with astronomical interest rates, some as high as 92%. One New York Times article states, “While these risky loans were a bad deal for students, they were a boon for Sallie Mae. The private loans were — as Sallie Mae itself put it — a ‘baited hook’ that the lender used to reel in more federally guaranteed loans, according to an internal strategy memo cited in the Illinois lawsuit.”

The Project on Predatory Student Lending cites even more cases of too-big-to-fail lenders robbing students of their money through a variety of scummy practices, such as high interest rates, sloppy management of payments, false representation, and high-pressure sales tactics.

So yes, by all means, President Biden should absolutely push for student loan forgiveness, but it’s not targeting the true problem. His Plan for Education Beyond High School cites that six out of 10 jobs require a college education, but what about looking directly at the source of these issues?

I appreciate the lengths President Biden has gone to in order to fix some of this country’s major pitfalls, but at the same time, I worry that continued Band-aids will only give the illusion of repairing systemic problems like student loan debt. The solution isn’t to keep putting bandages on repeatedly-skinned knees; it’s to buy some longer pants or invest in some knee pads.

I want student loan debt to be forgiven in America, but I also want it to end altogether; legal regulation of lending practices is the only way to stop this at the source.