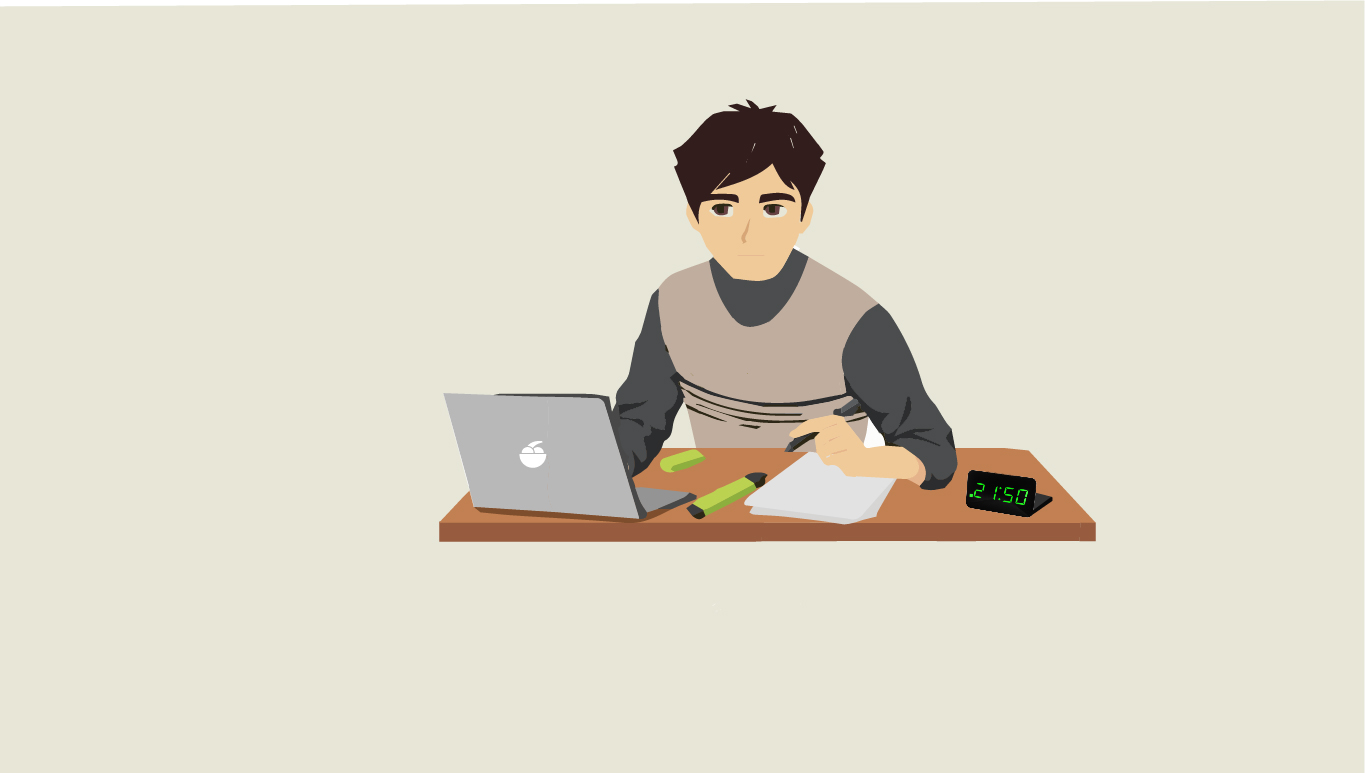 Picture this: the entirety of your future depends on a four-hour test you take your junior year of high school. Your palms are sweaty but you’re shivering at the same time, you’re surrounded by your peers, and your brain is racing with a million thoughts a second because you are about to do something that will impact your future immensely. Yes, I am talking specifically about standardized testing.

There is an unprecedented amount of unnecessary pressure from taking standardized tests. The ACT, SAT and AP tests all fall in the category of standardized tests where an average score is obtained and a large number of tests are taken for comparison.

Test anxiety, the feeling of failure of not measuring up to your peers, being compared to others, and being told your future depends on the score you get are all effects that come about from taking these tests. According to American Institute For Learning and Human Development, standardized testing defines students as winners and losers, those who perform well and those who do not perform as well. Students are aware of this and feel that pressure before, during and after taking the test.

Throughout the first year and a half of high school, I dreaded the day that I would have to take the ACT. I was nervous to sit in a classroom for four hours straight, scared for the results that would determine my future in higher education, and intimidated by all of the peers I was surrounded by. In high school, I was a 3.9 GPA student, and I cared a lot about my education and my ACT score did not reflect that. I got cut short of a lot of scholarship money because my GPA was so high, but my ACT score was not.

I got cut short of a lot of scholarship money because my GPA was so high, but my ACT score was not.

Being forced to perform under pressure can break a student down and make them feel that all the work they have done up to this point does not matter. It seems as though a form of studying turns into purely memorization and stress; however, studying for a standardized test is impractical.

Standardized tests are nearly impossible to study for with questions and content that no one can accurately predict. How is a student supposed to feel confident and prepared for an extremely complicated test to study for?Yes, taking practice tests from previous years can be an effective way to study for a standardized test. However, it will still never be an adequate way to prepare. If teachers have no way to prepare students for this type of a test, then why is it allowed in the first place? You can study for days, hours, weeks but still not ever feel ready for the day of the test because it is an incredibly unpredictable testing system.

It seems like the point of a standardized test is to see who can think quick on their feet with no preparation. Does this sound fair and appropriate to base students’ worth and knowledge on this? Basing a student’s value on a four-hour test seems like an old-fashioned way of doing things. These tests don’t take into consideration a student’s learning abilities, learning habits, or work ethic.

Research shows students in a New Orleans charter school had 15% more cortisol in their system on days a standardized test was being administered. The study also shows that students perform worse on what would be considered a high-stake test rather than an everyday classroom test.

You could argue stress is a good thing and can drive you to do better, but in the case of standardized testing, students are falling short of this. The tests are an invalid measure of what a student actually knows and has gained in their education.

The personnel that are over schooling systems need to rethink the ways of standardized tests. Higher education institutions and high schools specifically need to adjust the set standards for standardized testing. DSU has already taken steps towards this as an ACT score is no longer required for tuition scholarships.