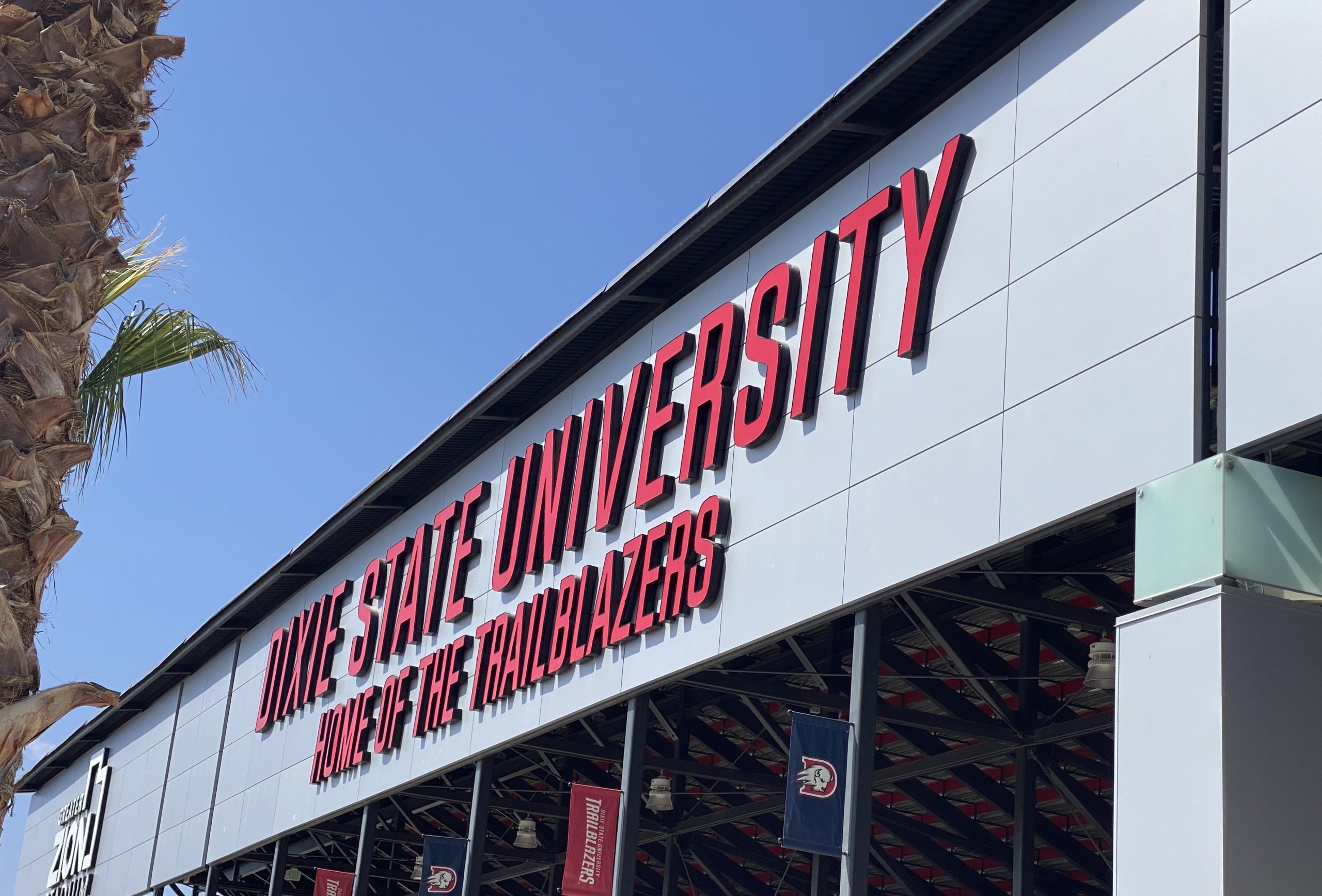 While it is our final year as Dixie State University our history is not over. Here is a look back on all of the things we have accomplished in the 2022 school year.

In July 2020, DSU first announced the university would be gathering information about the DSU name. Then, in December of 2020 the board of trustees and the Utah System of Higher Education unanimously recommended a name change to the Utah Legislature.

On March 3, 2021, the Utah State Senate passed H.B. 278 which requires the Utah System of Higher Education to recommend a new name for the institution. In order to preserve the “Dixie culture,” the bill states the university must implement a heritage committee to keep traditions of DSU alive.

In June 2021, the name recommendation committee selected one name to recommend to the Utah legislature. The name recommendation committee had to decipher a specific name that includes both the name Utah Polytech State University while still remaining as the nickname Utah Tech. Then, in November 2021 the Utah State Legislature voted and approved the new name, Utah Tech University.

2022 marks the first year of Campus View Suites II and the announcement of Campus View Suites III. CVS II is a 144,897 square foot building containing 534 beds and 182 toilets. Each floor contains a common kitchen and laundry room. While this building has only been open for a year it is considered to be one of the more successful buildings on campus.

Seth Gubler, executive director of auxiliaries and director of housing and resident life, said: “We’ve filled up the building [CVS II], and the building opened on time. I’ve gotten positive feedback from students regarding their experience. They appreciate the amenities, they like the majority of the furnishings, and furniture selections. A lot of the tenets have said they have been able to make friends and meet people. With those things considered I believe it was [a] successful [first year of CVS II].”

With the growing success of CVS II, along with it comes CVS III.

Gubler said CVS III has still not officially been approved, as the university is waiting for one more stamp of approval from the USHE.

“You have limitations based on the amount of money you’re working with, the number of beds we need to provide, and construction and material costs,” Gulber said.

However, the university is in the process of working with different contractors to see who can provide the most amenities for the lowest cost.

While DSU has over 80 different clubs on campus, there is always room for more. Students are able to start their own clubs on campus with a few requirements: your club/organization must have a name, purpose, rules, regulations, a minimum of five members, and a desired mentor who is part of DSU faculty, staff or administration.

The list of new clubs formed this year include but are not limited to:

Click here for information about starting and/or joining clubs on-campus.

Rice was recently elected to be Utah Tech University’s first student body president. Rice has plans to provide better dining options on campus for students, raise student fees while taking advantage of them to benefit students, and make policy changes in students’ favor. Click here to learn more about Rice and his intentions about being Utah Tech’s first student body president.

While the university’s name will officially be Utah Tech University this July, we will never forget who we are as Dixie State University.