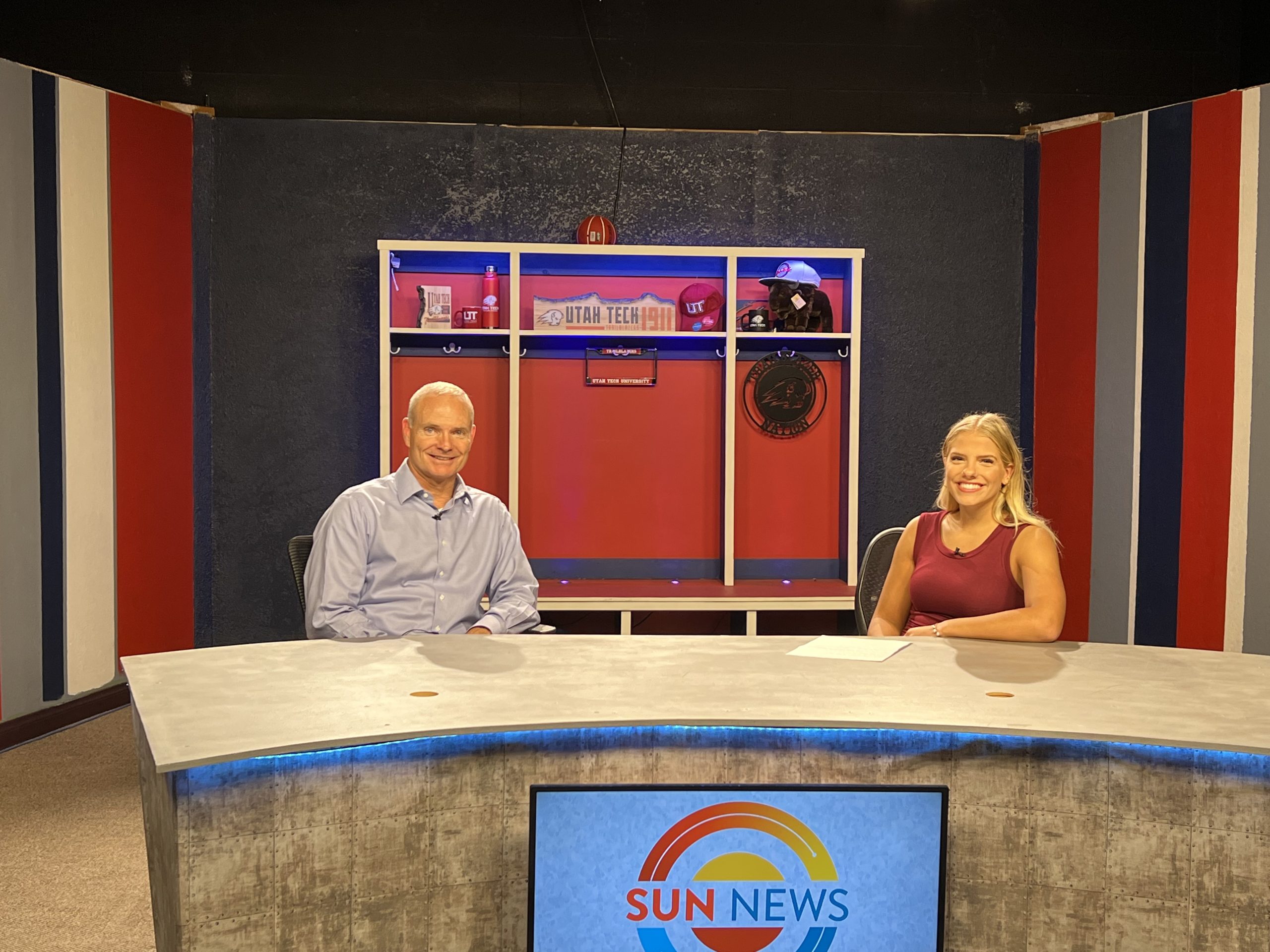 The new athletic director at Utah Tech University announced his visions and goals for upgrading the sports facilities this school year.

In the March 2022 press conference, Athletic director Ken Beazer mentioned renovating the stadium with luxury seats and a box office, an upgrade to the athletics weight room, and a nutrition center for the athletes. The next focus will be the facilities for men’s golf, women’s golf, baseball, softball, and the Burns Arena.

Beazer said his top priority in sports facility upgrades is the football stadium addition. On the home side of the stadium, there has been a new addition for a box office for all game operations. As well as luxury and box seating which is set to be operable for Utah Tech’s first home football game against Chadron State College on Sept. 10.

“We are planning to have the fourth and fifth floors of the stadium done,” Beazer said. “That is where all of the game operations take place and all the luxury seating that we have.”

The restroom facilities and flat work on the first level is in progress currently as well as the other inter-workings such as the locker rooms, medical center and the equipment room.

“Those are lagging a bit behind, but we do expect to have people sitting in those boxes and suites,” Beazer said.

All that awaits a facility for women’s tennis is funding and everything will be ready to go. The plan is to first get bleachers set up, more shade areas and umbrellas for coverage from the weather, along with a clubhouse for the team.

As of right now, the tennis team only has courts and no other features. Therefore getting this upgraded is soon to be in progress for its season start in spring 2023.

Jon Gibb, director of facilities planning and construction, said, “I know that there is a location for a clubhouse over by the tennis courts in the grass area. We are ready to go, but it is just a matter of funding and that clubhouse can be built.”

This month, Utah Tech athletics announced a new five-year partnership with DoTERRA. This partnership will help with creating a new nutrition center for student-athletes at Utah Tech.

Beazer said with this partnership brings many opportunities for Utah Tech’s student-athletes, such as the nutrition center to give them a healthy snack or meal, and an upgrade to the student-athlete gym.

”The DoTerra gift is going to help us renovate the weight room, part of that renovation is designing and building that nutrition center,” Beazer said. ”It’s going to be a state-of-the-art place in the corner of the weight room.”

The nutrition center is meant to replenish the student-athletes from what they lose during the workout and provide the proper balance of nutrition to help athletes succeed and perform to the best of their ability.

”No longer will they show up at six o’clock in the morning not having eaten breakfast, and just rolling out of bed and coming to work and then going to class without eating, ”Beazer said. ”They’ll be able to show up, work out, refuel during the workout session but also on their way to class grab nutrition on the way out.”

Ken Beazer has a set vision for the future of Trailblazer Athletics, and this is just the beginning. There will be more to come with updates to the baseball and softball facilities, men’s and women’s golf facilities, and an upgrade to the Burns Arena.