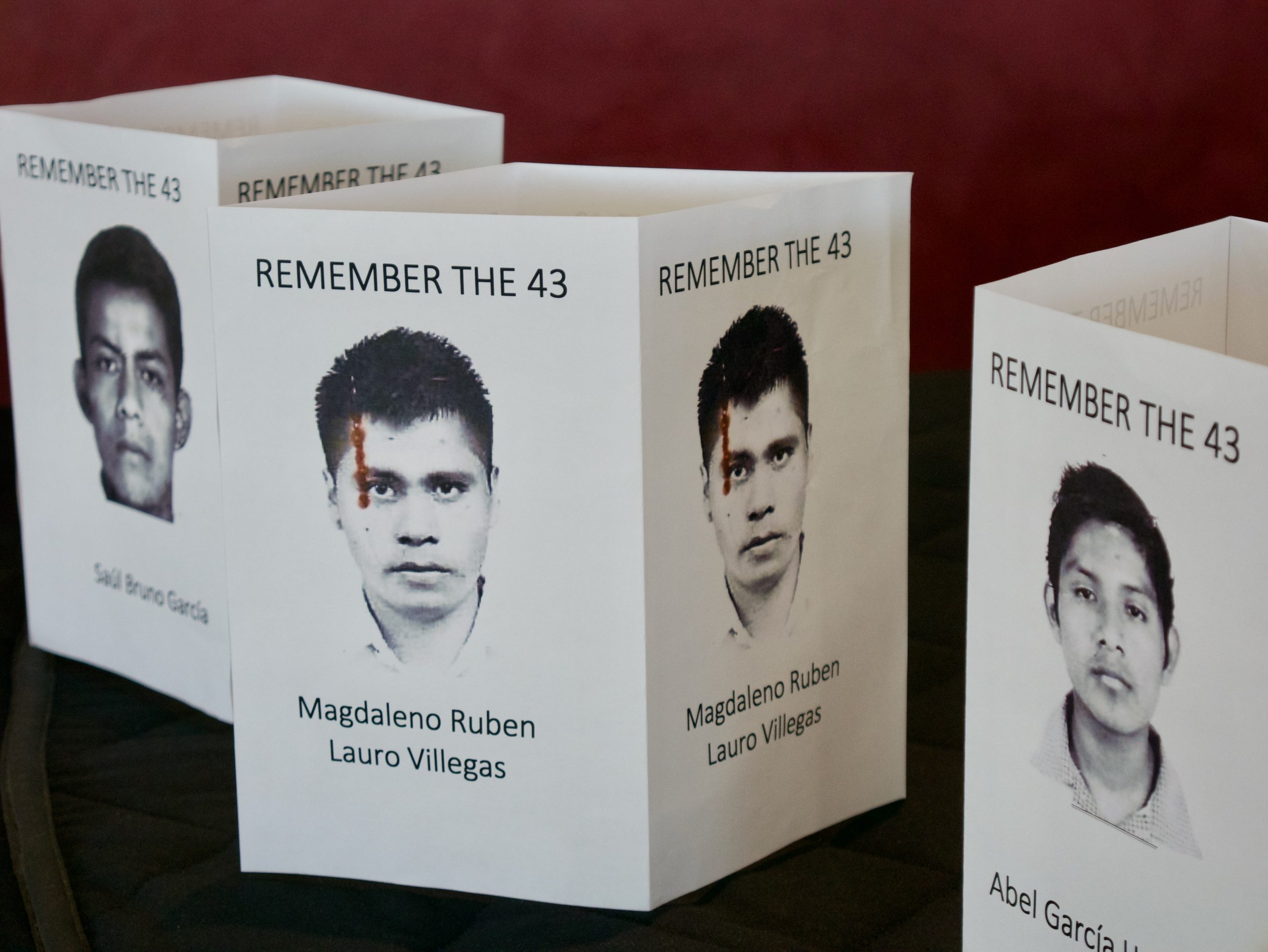 The “Remember the 43 Students” silhouette art installation is located in the Holland Centennial Commons and will be up until September 30. Elissa Aguayo | Sun News Daily

As part of Latino Heritage month this year, the Remember the 43 exhibit features a presentation that gave insight into an ongoing investigation.

On Sept. 26, 2014, over 100 armed men, soldiers and police officers ambushed a bus of students attending the Rural Teachers College. Six were killed, 40 were injured and 43 were left unaccounted for.

Eight years since the disappearance of the students, award-winning investigative journalists Anayansi Diaz-Cortes and Kate Doyle, who have followed the case for the last year and a half through their podcast, offered insight and expertise through a presentation at Utah Tech University.

Stephen Lee, dean of the college of humanities & social sciences, said he would like to see Utah Tech students help share this story.

“I would love to see students partnering with CHASS to more effectively engage their peers in the complexities of this issue,” Lee said.

Diaz-Cortez and Doyle defined the term “forced disappearance,” which is what they believed happened to these students.

Doyle said: “Kidnapping is a crime. It’s a common crime, a terrible crime, but it’s still considered a common crime. Forced disappearance is a crime of kidnapping that takes place in a specific political context… a kidnapping of someone and the secret killing of that person by some member of the state.”

Members of the state include titles such as police officer, soldier, government figure, etc. The investigators believe this was an attempted coverup by the Mexican government, and they have a mountain of evidence to support that claim.

Doyle and Diaz-Cortez said they came to the conclusion, through the help of a lifelong DEA agent Mark Giuffre, that the students were riding a bus meant to transport heroin.

They said the connection was made after similar buses were found with heroin stashed in them being serviced in Chicago.

Doyle said damning evidence, such as the former mayor sending a text saying, “We need to get our material back, get it back first and get rid of those guys,” helps support the theory that some believe a rival gang was coming into town to steal the contraband. Getting caught in the crossfire of a potential gang war, the students were just in the wrong place at the wrong time.

Utah Tech also paid tribute to the missing students through an art installation on the second floor of the Jeffrey R. Holland Centennial Commons building on campus.

This includes portraits of the missing students, donated by Jan Nimmo to the Sears Art Gallery, and 43 silhouette cutouts representing the students.

Lee said he hopes to see the memorial to them evolve and grow.

“In the coming years I hope to build an academic symposium that will occur in September each year,” Lee said. “We also will continue to bring to campus people deeply involved in the tragedy.”

This is the second straight year Utah Tech has brought in a journalist for a presentation on the case, the first being John Gibler.

More information on the Remember the 43 Students organization can be found on their website.