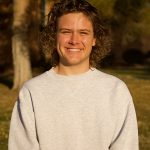 St. George has an incredible community with a unique and beautiful landscape as its setting. Because of this, the city is lucky enough to host incredible events, one of these events being DOCUTAH. DOCUTAH is an annual, international documentary film festival brought to life by Utah Tech University and various other supporters. Some of the […]

OPINION | Stop being mean to your kids, give them a normal name

Exton Elias, Egypt Daoud Dean, Bronx Mowgli, Sno FilmOn Dot Com. Now you may be asking, “what the hell did I just read?” Well my friend, what you just read was just a short sample taste of what is a banquet of ridiculous names of celebrities’ children.  It’s no secret celebrities have a strange tendency […]

Utah Tech University’s men’s and women’s basketball teams have officially tipped-off fall practices. With an entire Division I season under their belts, both teams have high expectations for continued growth and success.  Women’s Basketball With four seniors, the team is full of returning experienced players. One of these players being Breaunna Gillen, a senior exercise […]

Donald Glover is a creative force that hasn’t been seen in years, maybe even ever.  It’s difficult to have the ability to turn your creativity into a source of monetary gain. Those who feel they have the talent and creativity to pursue a career in this avenue dedicate their whole life to their craft. It […]

Remembering the 43 exhibit is back at Utah Tech

As part of Latino Heritage month this year, the Remember the 43 exhibit features a presentation that gave insight into an ongoing investigation.  Presentation On Sept. 26, 2014, over 100 armed men, soldiers and police officers ambushed a bus of students attending the Rural Teachers College. Six were killed, 40 were injured and 43 were […]

Coming soon to the App Store, all things Utah Tech

An all-encompassing Utah Tech University centric app on the way.  When asked about the purpose and benefits this app will provide, Student Body President Devon Rice said, “Me and my team, we want an app that encompasses everything we do on campus.”  Rice said that he hopes the app will be able to answer all […]

Bobby Berk’s contribution to the hit show “Queer Eye” causes the other members to pale in comparison, but he gets by far the least recognition and screen time.   “Queer Eye” is a home and lifestyle makeover series on Netflix. The “Fab Five”, consisting of Tan France, Bobby Burk, Jonathan Van Ness, Karamo Brown, and Antoni […]

Numbers show a strong monsoon season for St. George but not enough of an outlier to cause any concern of extreme damages.  Numbers tracked by the National Information System show a significant climb in precipitation in the St. George area. Multiple storms brought in around two inches of rain.  According to the gages tracking these […]

With its new name, the Center for Inclusion and Belonging is accommodating to all

Due to weather concerns, the 2022 Utah Tech University Foam Dance was cut short, but many students question the true reason for the early stoppage. According to the Utah Tech Student Association, the dance brought in near record-breaking numbers for non-sporting events held by universities in Utah. More than 4,000 tickets were sold, which encompasses […]