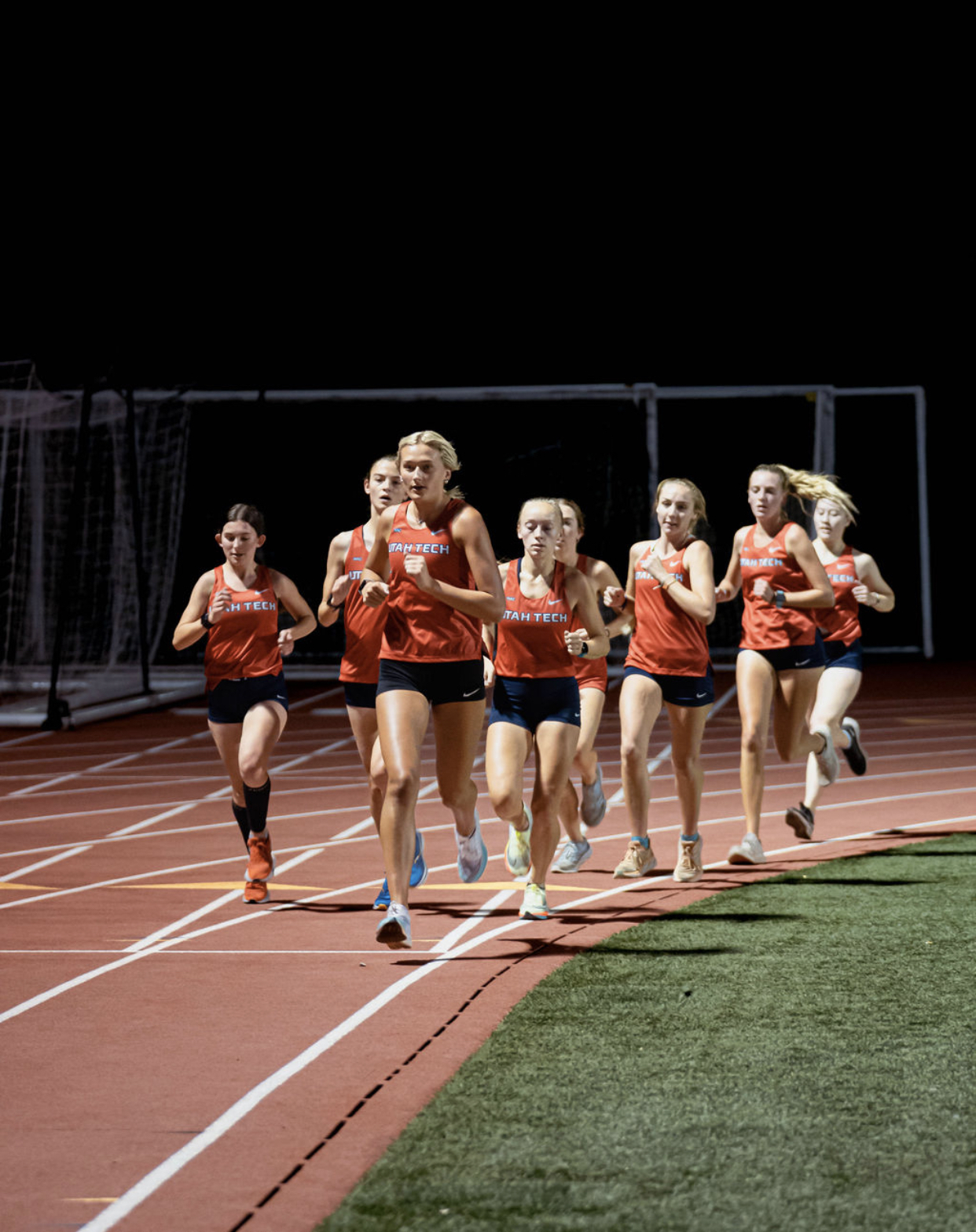 Before the team came to campus, it started working over the summer on their own by running at least ten miles every day.

Preparing over the summer allowed the team to build up a base to work off of once the team came to campus. Head coach Justin Decker said since the team has been here, they have been doing workouts designed to get the team stronger and faster as the season goes on.

Since the WAC has become bigger and tougher than the previous season, with more competition and SUU, a big competitor, joining the WAC, the team has worked to overcome the challenges and put up a strong finish at the invitational.

Brian Schulz, a senior marketing major from Lindon, was the highest finisher at the previous meets and knows what expectations he has to meet to pull his weight to bring in the win at this invitational.

“We really want to win this meet, so I know the hold at my end, I need to put up a really high finish,” Schulz said. “I think top five for me is doable.”

A big factor in running is keeping your mental state strong. Competitions are often tough when the runner is not in the right mindset. This comes along with hard work and dedication.

“Lots of people hear about the training and think ‘oh you’re crazy’ or ‘why would you want to do that’,” Decker said. “So it is not always easy to do but it definitely takes strong motivation and a strong mindset to be able to put in the work in order to compete at this level.”

Schulz said the easiest way to keep composure and calm while running is trusting the training you have already done as well as trusting in your team.

“You’ve to know that you have done the work, and that you are capable of doing some crazy stuff,” Schulz said. “The work is all done before you show up on race day. Race day is just a day to flex.”

Decker said the team is racing against SUU and Utah Valley University, Utah Tech’s conference rivals, which are strong programs in the sport of cross country.

“We are going to go do the best we can and build the experience for the younger runners to be ready to go with the meet that really matters,” Decker said.

Schulz said all the meets leading up to the championship are meets the team wants to win, and also gives the runners an understanding of what to improve on before the next race.

Schulz said: “This is a really good chance to preview where we compare. especially against SUU and UVU, which are really big competitors. Hopefully, we can do better than we have ever done before.”

Both the men’s and women’s cross country teams finished No. 5 out of 13 competing schools in the WAC last year.

The team has made some team goals in hopes to place higher than last year. This includes waking up at 5:30 a.m. to be at practice at 6 a.m. and running at least ten miles every day. Schulz said the team has a strong bond this year and everyone is putting in hard work for each other to reach the ultimate team goal.

The team also has some personal goals set, which include earning an all-conference honors award.

“They give all-conference awards to the top 20 runners at the meet, there are 13 schools that each can run up to nine runners, so there could be over 100 runners in each of the men’s and women’s races,” Decker said.

Last year, the cross country team had three runners receive the all-conference honors award. “That is an individual goal that a lot of the athletes shoot for,” Decker said.

The SUU Color Country Invitational will allow the team to get a good understanding of where they stand and what to improve on before the competition they have been preparing for all season, the WAC championship.

The Trailblazers will travel to the 2022 WAC championships in Nacogdoches, Texas, Oct. 29, where they will face SUU and UVU, yet again.