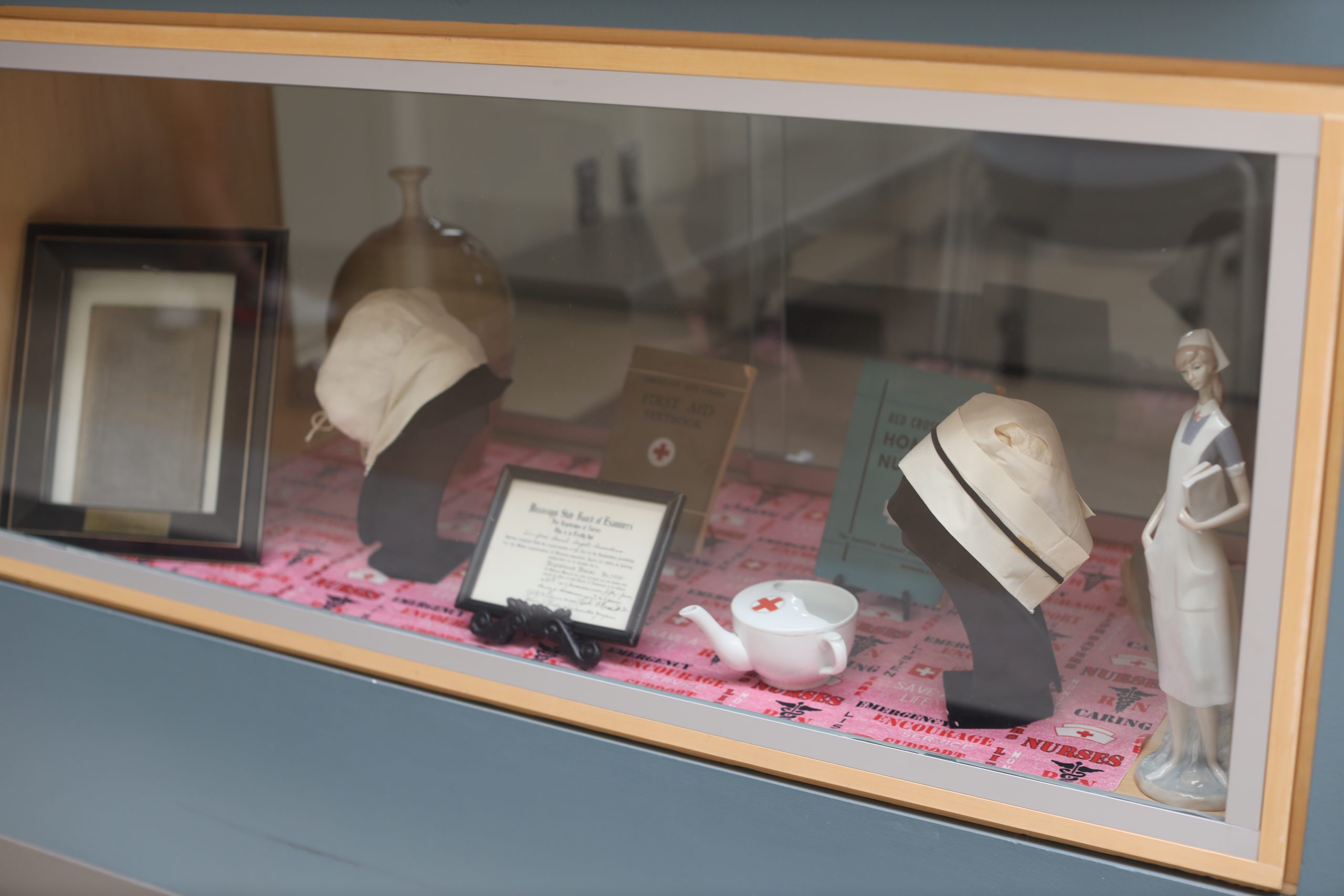 There isn’t anything quite as special as taking a gander down memory lane and finding heirlooms that hold a beautiful story decades later.

Utah Tech University’s nursing department received a donation of antique, early to mid 1900s nursing caps from Becky Moore, a retired Utah Tech dental hygiene professor. These caps have not only had an impact on those in the nursing department, but Moore was able to reminisce in memories as the caps belonged to Winifred Sarah Argall’s, Moore’s grandmother. Argall was born on July 3, 1891 and died July 29, 1977.

“I knew that I had some things of my grandmothers, and she had been a nurse and had trained at the children’s hospital in Denver, Colorado in the late 1900s teens,” Moore said. “I found some of the nursing caps that she had worn when she was a nursing student, and I had pictures from one of her family albums.”

Moore then reached out to Jen Harrington, assistant professor of the practice in nursing, because they had worked together at Utah Tech. She asked if the nursing department would appreciate having antique nursing items they could display.

“For her to reach out to me, I was touched on a personal level,” Harrington said, “I was very excited to think of a way this could be displayed in a meaningful way.”

On the third floor of the Taylor Health Science building, you can find a display case with the vintage items along with other artifacts to represent the nursing department.

“I think it is very exciting that this isn’t just something that is going to be stuffed away in a trunk somewhere,” Harrington said.

When was the last time you went to the doctor and saw a nurse wearing a white cap, dress and apron? You likely have never seen this in your lifetime, and that is why this is a special donation for the nursing department.

“Seeing those things from the past remind you of how far we have come and make you really think what is it going to be like 20 years from now,” said John Keeling, a senior nursing major from Portland, Oregon.

An heirloom that connects current and past Utah Tech nursing students, faculty and staff with their medical roots only shows how far the field in has come since the 1900s. Harrington, Keeling and Moore each mentioned the special homage the caps represent to the “humble beginnings of nursing.”

Moore said: “She [Argall] would take all four of us kids when we were growing up with her to what was then [called] in Memphis Handicapped Inc. We got to help other people out, so I had done a lot of that with her growing up. She had been really involved with the American Red Cross and always wore her nursing pin and American Red Cross pin when she worked with the handicapped kids.”

Harrington said: “This just shows how evolution has impacted nursing. No longer do we not only where nursing hats or nursing caps, which were customary, but it is more inclusive. It was very exclusionary. It was a female dominated profession, and it has evolved”

Keeling said: “I think you’re seeing more men that’s for sure, so that’s pretty cool coming from a guys perspective going into nursing. I am seeing more guys in the program than I thought I would.”