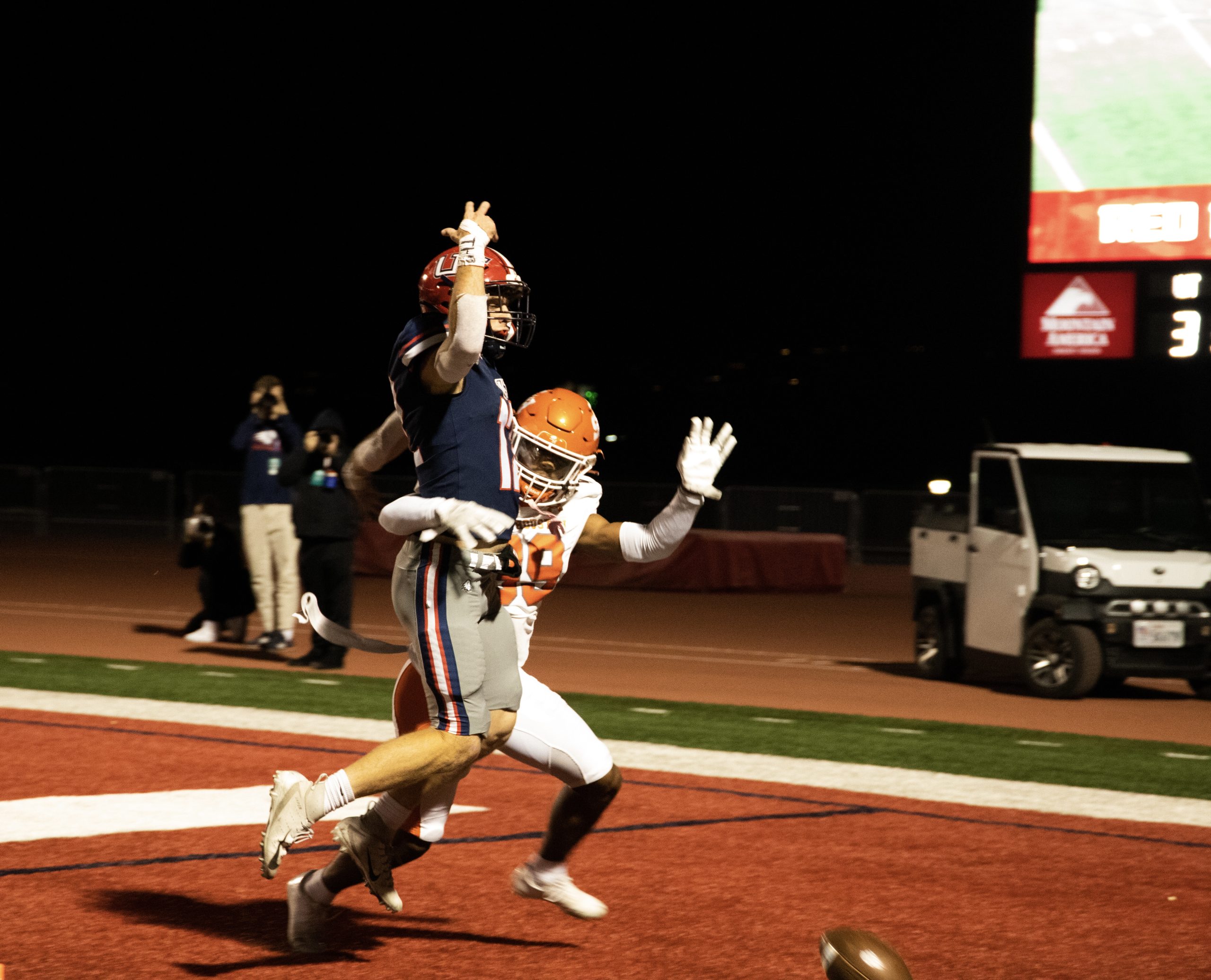 The Utah Tech University football team will travel to Homer Bryce Stadium in Nacogdoches, Texas, for its next conference game and will start its third different quarterback this season.

With the struggle of having three different quarterbacks started in the past three weeks, head coach Paul Peterson and the coaching staff have been working on finding the best way to put up a good fight against Stephen F. Austin State University.

Peterson said the quarterback position is special, especially in the offense it is running. The team is facing conflicts with potentially having to play four different quarterbacks in one season.

“That is where we are at right now with Kobe going down last week obviously and then Boone having that good first drive and a good week of practice, we emphasized a lot of things for him,” Peterson said. “We spent a lot of time getting him ready for that game.”

Peterson said he feels bad for Boone, “he was pretty upset when he went down with that injury.”

The Trailblazers plan to start Victor Gabalis, a redshirt freshman business management major from Everett, Washington, in its next game against SFA, due to the previous injuries of Boone Abbott and Kobe Tracy.

Gabalis started the season opener against Sacramento State University, and will have another opportunity to anticipate the team’s second win of the season.

“Vic’s our guy, and Vic’s had plenty of opportunities this season to lead our team, and that’s who we’re going with right now,” Peterson said.

In the last match-up between the Utah Tech University Trailblazers and Stephen F. Austin Lumberjacks, the Trailblazers lost 37-20 at the Greater Zion Stadium.

“We’ve had a few games where it has been close at the end, and we haven’t been able to finish, so we are definitely emphasizing that,” Peterson said.”We’re determined to work past some of the struggles we’ve had late in those games to win.”

Peterson said the team has been working and stressing in their practice to consistently compete well at a higher level.

“Stephen F. is the next game up. We are game planning for their offense and defense more, so it’s just for us to execute consistently at a high level,” Peterson said.

Peterson said he has never done this transition before with going from Division II to Division I Football Championship Subdivision, and it is a challenge with things the team has to overcome, be patient with and build.

Peterson said: “We are doing a really good job of building a foundation with our guys. We are playing a lot of young guys, and they have really good energy and bleed what we are trying to accomplish, and they see the progress. We are waiting for that win to help propel the program and help propel these guys, give them a little bit of success.”

Peterson said the team is working hard, and the success is going to come, hopefully, sooner than later.

As the team overcomes the struggles of the quarterback position, the team will focus on conquering the challenge of being able to finish the close games against SFA Oct. 29.