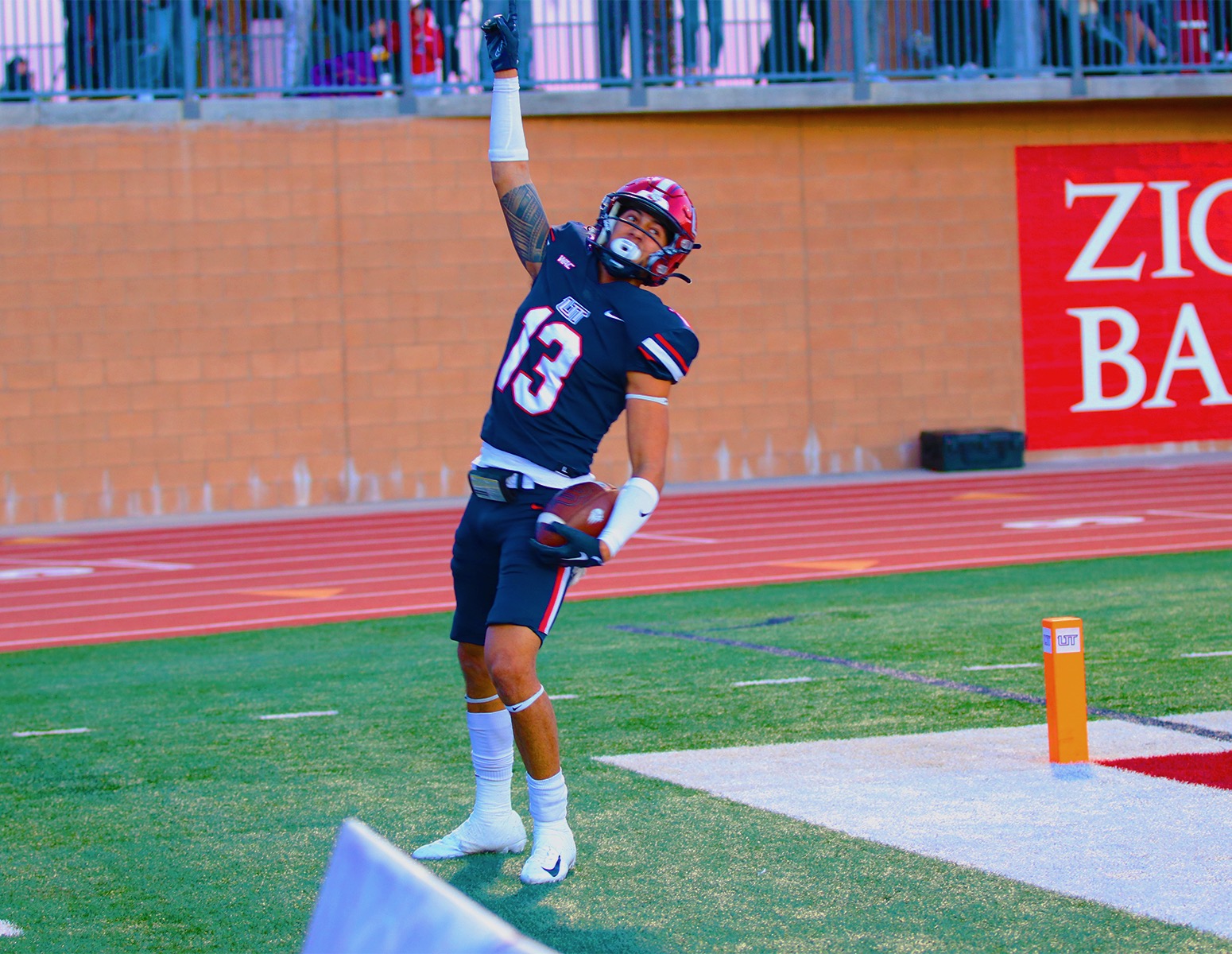 The Utah Tech University football team regained possession of the victory ax after an impressive performance against Southern Utah University winning the rivalry 48-36.

Utah Tech put up the first points on the board with its opening possession of eight plays. The Trailblazers advanced 72 yards down the field where they were held up at the 2-yard line. The team took the lead with a field goal kicked by Utah Tech placekicker, Connor Brooksby, a sophomore management major from St. George.

SUU was able to kick back with a field goal to tie up the game. The score wasn’t tied for long as running back Quali Conley, a sophomore exercise science major from Fresno, California, set the team up for a touchdown opportunity. Conley had a 44-yard play that set the team up on the T-birds 15-yard line.

The Trailblazers defense forced the T-birds to only score another field goal, and when Utah Tech got possession, Gabalis threw a 79-yard touchdown to lead the game 17-3. This touchdown pass play marked the season’s longest scoring play for the Trailblazers.ea

Following this play, the T-birds answered back with a series of two touchdowns and one safety where they were able to take the lead with a score of 19-17.

With six minutes left in the second quarter, Brooksby kicked a 55-yard field goal and set a new school record, (20-for-30, .667). Brooksby is now the program’s all-time field goal leader as a sophomore.

Just seconds before the half ended, Gabalis threw a 6-yard touchdown to wide-receiver Rickie Johnson, a junior recreation and sports management major from Murrieta, California. After this touchdown, the Trailblazers took back the lead of 27-22 right before the halftime break.

The T-birds battled back and scored a 4-yard run and touchdown to make the game a closer score 34-29.

It wasn’t too long after the T-birds scored that Gabalis found Johnson yet again to take the lead back with a score of 41-29.

Utah Tech and SUU battled back and forth the entire game keeping a close score of 41-36 at the beginning of the fourth quarter. SUU pushed hard to steal the game lead, but the effort wasn’t enough. The Trailblazers became unstoppable and scored again making the game impossible for the T-birds to make a comeback.

Gabalis found Conley with a 27-yard pass touchdown to extend their lead to twelve points. The T-birds were filled with distraught, as they knew after the Trailblazers scored again there weren’t many more opportunities for them to win the game.

The clock ticked down from ten seconds to none and the final buzzer sent the student section out to storm the field and celebrate with the football players as they grabbed the victory ax in glory.