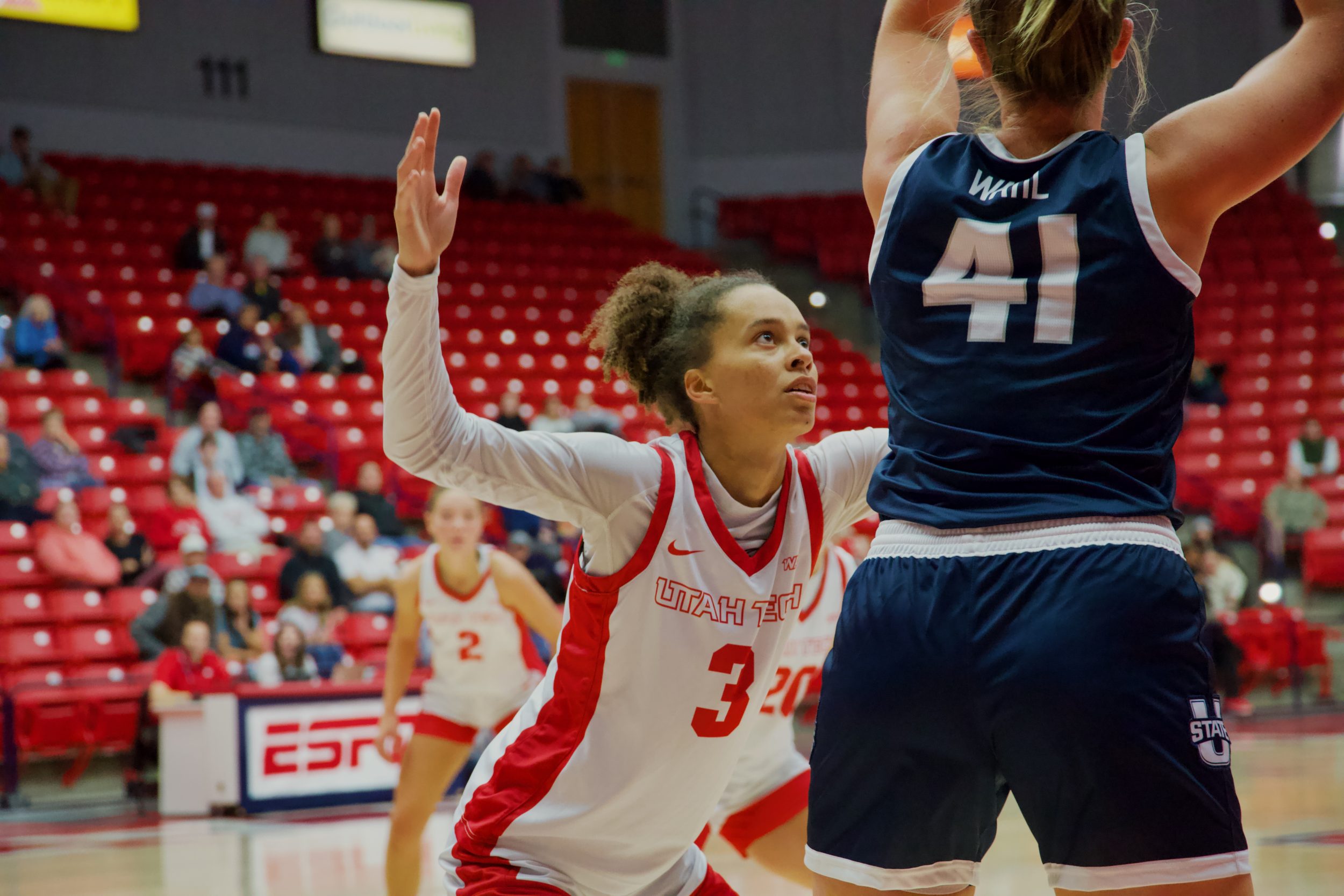 The Utah Tech University women’s basketball team is preparing for the first game in its five-game road swing by getting better at the elements that are already successful.

The team will begin the road game battle against the United States Air Force Academy Dec. 10 at the Clune Arena.

Previously, Utah Tech trailed by 15 points resulting in a loss against the USAF last year. Utah Tech head coach JD Gustin said USAF had one of their best seasons last year and with their experience, they were able to add on to it this season.

“They are good again this year, the experience they had from last year’s successes carried over to this year, so it is going to be a challenging game for us playing at Air Force,” Gustin said.

Gustin said playing this game is a huge opportunity to get a road win in the Mountain West, it will be a difficult game but believes the team is ready for the challenge. Gustin referred to it as one of the most challenging places to play.

“It’s a significant challenge getting yourself prepared to play on the road, but we’ve done it a couple times now, so we have experience with it, and we’re going to build on that experience,” Gustin said. “Win or lose, we just want to come out and be focused and engaged, prepped and prepared and just give our best.”

Ready and prepped for this weekend, Amber Kartchner, a freshman management major from Logan, said she strives to be the hardest-working person on the court. Kartchner transferred to Utah Tech from Brigham Young University. She has proved her skills on the court and has performed many minutes on the court this season.

Kartchner said the team’s mental game is strong, and the offensive game is secure. The team is currently standing at No. 1 in the country for its 3-pointers made per game, and the tenth-scoring offense in the nation so far.

“We are mentally tough, no matter who the bigger, stronger team is, it doesn’t matter,” Kartchner said. “We are going to try and out-work them.”

With the plan to outwork their opponents this weekend, Macie Warren, a sophomore general studies major from Lehi, said she wants to be more dominant and aggressive. After experiencing her first year of college play, Warren knows what to expect.

“I’ve got year-end under my belt now, I know how WAC play is, how it is to play in college, so I just want to be more aggressive with the ball on defense and assert my dominance more,” Warren said.

Knowing how USAF played last year, Warren said there are a few different things they have been preparing for this week and, essentially, this season to put themselves in the lead and stay on top.

The team knows that it will be a challenge, but to stay mentally tough and not let the USAF get what they want, which is turnovers.

“They want to get turnovers, and if we handle that pressure and we don’t turn it, we are going to have a chance to win,” Gustin said. “If we turn it like they want us to, it’s going to be pretty hard.”

After seeing how USAF played against them last year, Warren is prepared to work hard on defense and prevent as much as possible.

“Knowing them last year, they apply a lot of pressure on defense, so we just got to be strong on the ball,” Warren said.

With more game prep soon to come and overcoming injuries, the team will continue practicing this week before hitting the road and battling it out in Colorado Springs in hopes of a road game win.