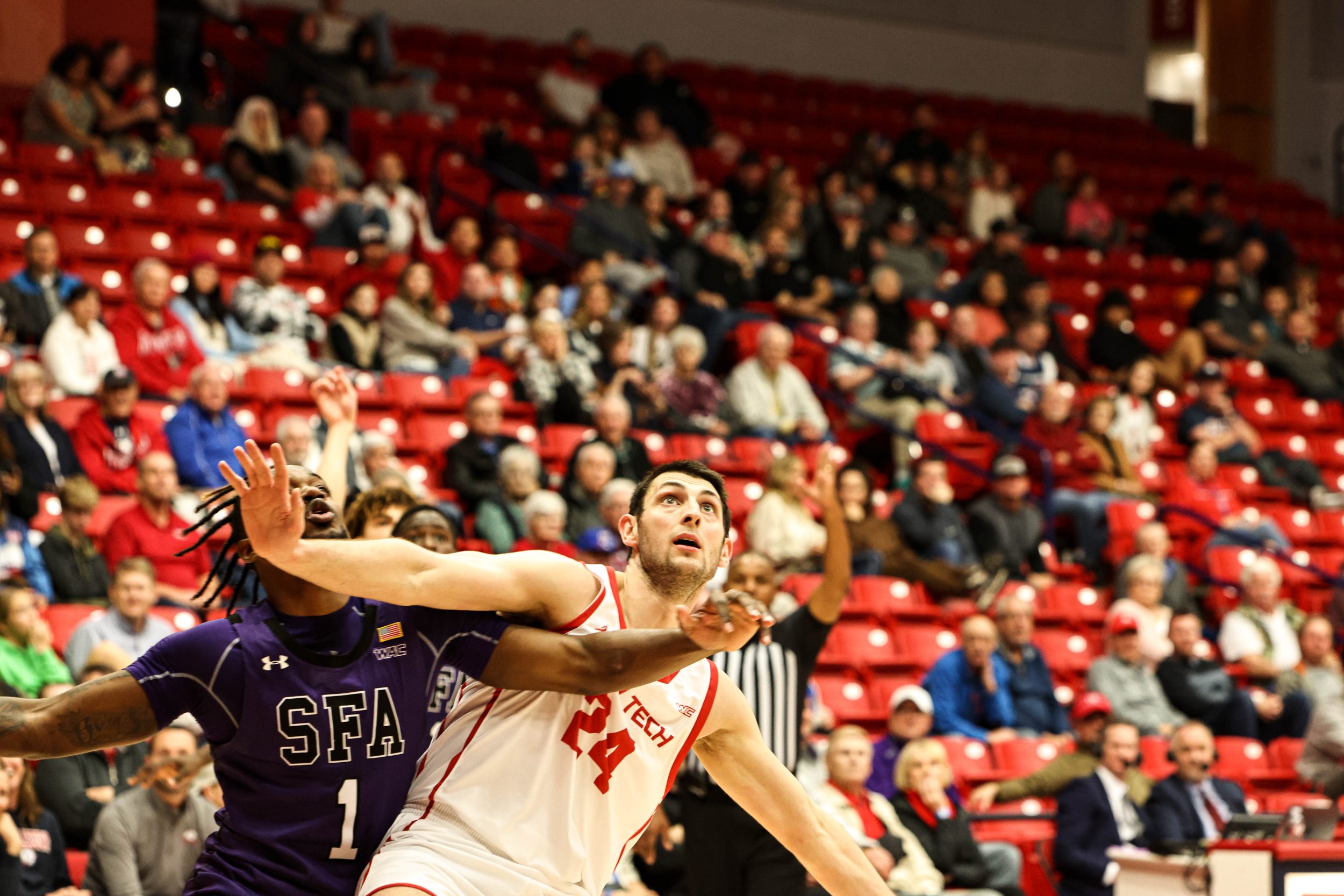 Looking to snap SFA’s 14-0 winning streak in conference play, the Trailblazers had their hands full from the start.

The Lumberjacks ended the first half taking a commanding 13-point lead, but the Trailblazers kept putting up a fight. The home team finished the first half shooting 58% from the field including 50% from beyond the 3-point range.

With Guard Cameron Gooden, a senior sports and recreation major from Frisco, Texas, still out and unable to play, Noa Gonsalves, a sophomore environmental major from Lehi, shined playing 37 minutes ending the game with 11 points and two steals. Isaiah Pope, a junior communication studies major from Yorba Linda, California, poured in nine points shooting 50% from the field in the starting role.

Well into the second half, Utah Tech went on a 10-2 run cutting the lead down to six points. Hagen Wright, a sophomore management major from Payson, was a huge part in this effort, playing worthwhile minutes for the team.

Wright played very well coming off the bench, scoring 14 points in 19 minutes. He was also electric from the three shooting 3-4 from beyond the arc.

Dancell Leter, a senior management major from Paramaribo, Suriname, was at the heart of the Blazers’ efforts during this late run in the second half, snagging two offensive rebounds. He also scored 12 points in his 22 minutes off the bench.

The Blazers ended up falling to SFA in regulation but had plenty of impressive stats to boot nonetheless. They capitalized scoring off of SFA’s mistakes with 14 points coming off turnovers. The Trailblazers pushed the pace and had 12 points coming strictly from the fastbreak, and with huge games from Wright and Leter, the bench showed their support with 31 points.