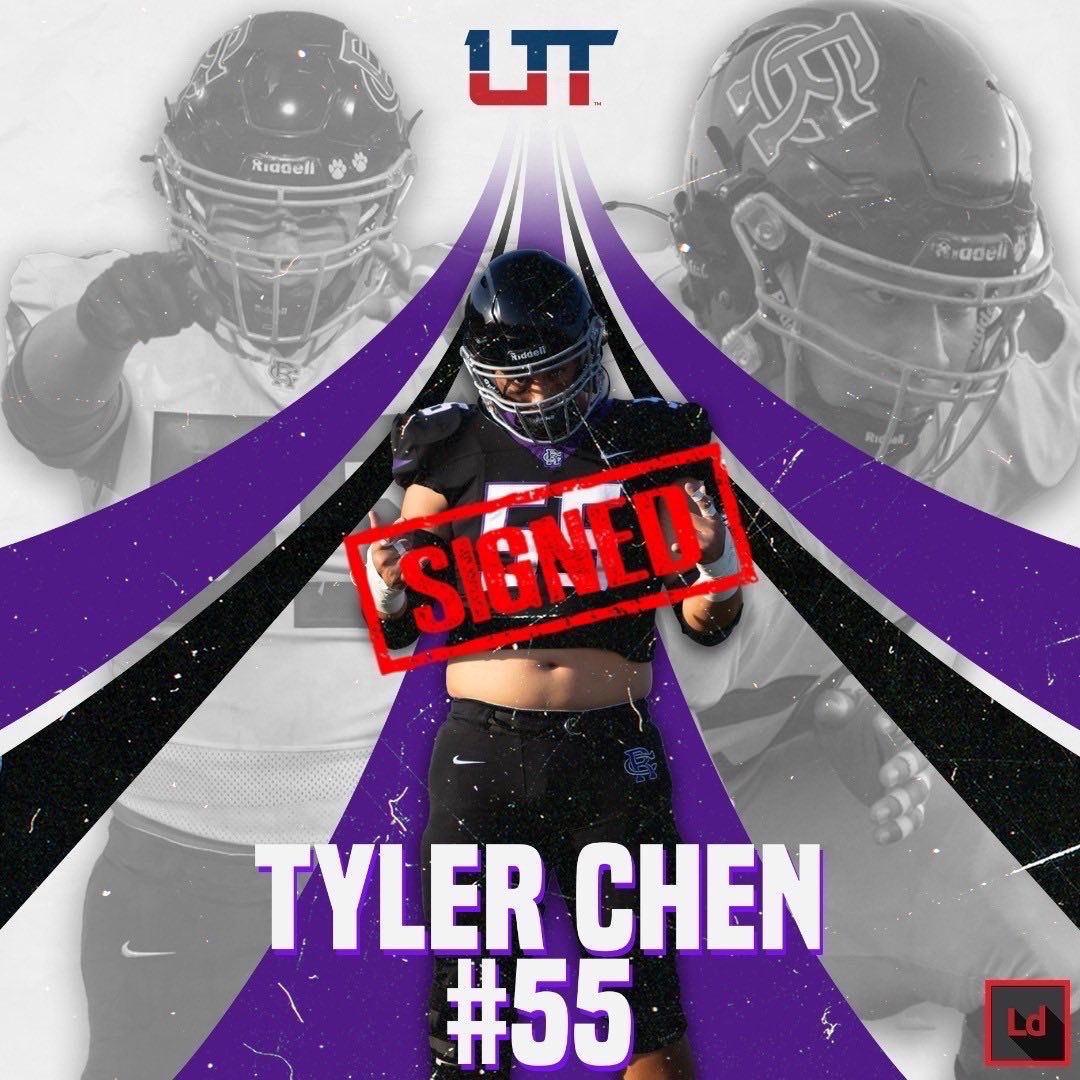 Tyler Chen, an incoming freshman from Rancho, California, signed with Utah Tech University and will be joining the football team this fall. Photo Courtesy of Tyler Chen.

The 2023 class features one quarterback, one running back, two wide receivers and three offensive linemen for offense. For defense, the class features three defensive backs, one linebacker and one defensive end.

“I don’t think people realize how long of a process [recruiting] is,” Peterson said. “We start in April of the student athlete’s junior year. If they have a practice, we are able to evaluate the practice, but we are not able to have contact with [the student athletes] yet.”

Peterson said there is more work that goes into the process of recruiting than meets the eye. Recruiting players takes college football coaches about one year.

“If he’s the guy who works hard in the classroom, we will be able to tell by his GPA, and if he doesn’t, we’ll move on to the next guy regardless of what kind of athlete he is.” Peterson said.

Tyler Chen is a new 2023 roster addition for offensive lineman from Rancho, California. Chen said he chose Utah Tech because “it felt like a second home.”

Chen said he is most excited to play as part of a Division I football team.

Peterson emphasized the importance of maintaining good grades, and that it’s a priority for the whole coaching staff.

Peterson also stated that it is important to recognize what kind of character and leadership ability a potential player has.

When speaking about the future of Utah Tech’s football team, specifically with the 2023 roster additions, Peterson said the coaching staff wants to maximize the new additions’ potential. The staff has a plan for them in the weight room, academically and for them playing on the field.

“I think each one of these guys have all those things we are looking for,” Peterson said. “They are great leaders, and they are great students. We’re going to continue to find a great caliber of student-athletes that are going to represent our community, our football team and our university well.”