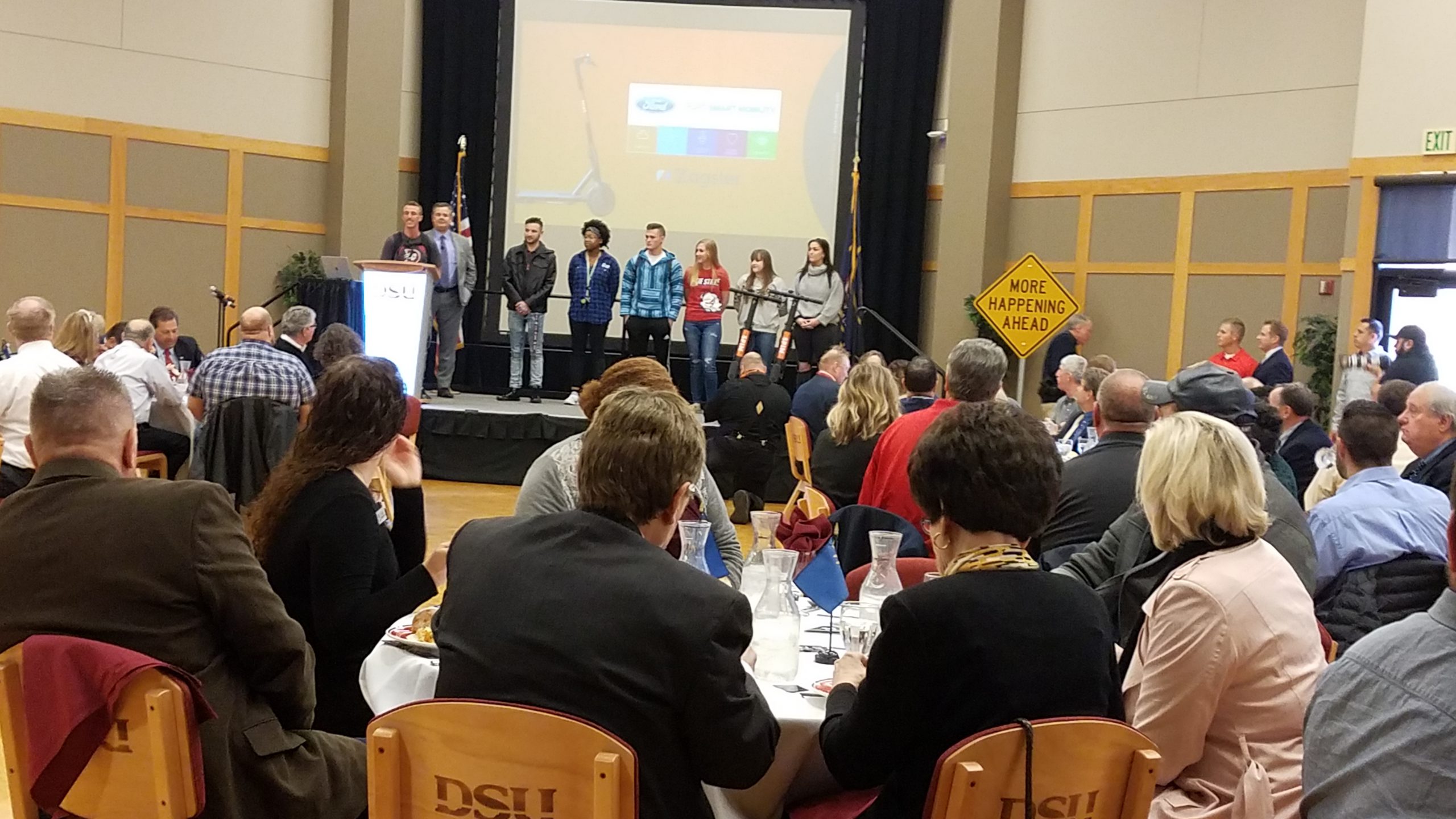 The St. George City Address concluded with the promise of new trails and pipelines, more affordable housing and expansions on business campuses on Wednesday in the Kenneth S. Gardner Center.

SPIN, St. George’s bike share program in conjunction with the company Zagster, will be adding scooters to the city and campus transportation share programs. There will be 250 bikes available around the city in around 3 weeks. Mayor John Pike entered the address accompanied by Student Body President Cajun Syrett, a junior communication major from Bryce Canyon, and his committee aboard new scooters.

Another focus of the address was all the new housing and apartments that are being built around St. George.

St. George is building new homes to house low-income families. This creates an opportunity for students with families to move into houses while attending DSU instead of apartments. Pike said there are homes built relatively smaller around St. George with a maximum of 7 feet apart; the smaller square feet allow for the feeling of a house without the high pay, Pike said.

In 2018, the city of St. George renovated and created many parks and fields, such as the Sunset Park and the Vernon Worthen Park, in preparation for hosting many events. Pike said all of the fields in St. George are expected to be filled with people and events on Presidents Day weekend.

Dixie State University has been collaborating throughout 2018 to have buildings such as the Human Performance Center ready for students in fall 2019.

The hospital has also been expanding in its original location so students will no longer have to drive all over St. George to learn, but rather have all available resources in a general area.

President Biff Williams said, “A lot of students tell us they come to St. George not only because of  DSU but because of the community.”

With many new business buildings, such as Paparazzi, expanding their locations, students will have more locations to shop and hang out around town.

The city is also making a pedestrian underpass under I-15 to eliminate the long commute for students and anyone who has to make the trip around.

Pam Palermo, the President and CEO of St. George Area Chamber, said: “[The city] collaborate[s] so well with [DSU] and Dixie Tech — all of the educational institutions. It’s great for all students.”

The city is looking toward more collaborations with DSU in the future to bring in more students, tourism and create more opportunities for the students we have.