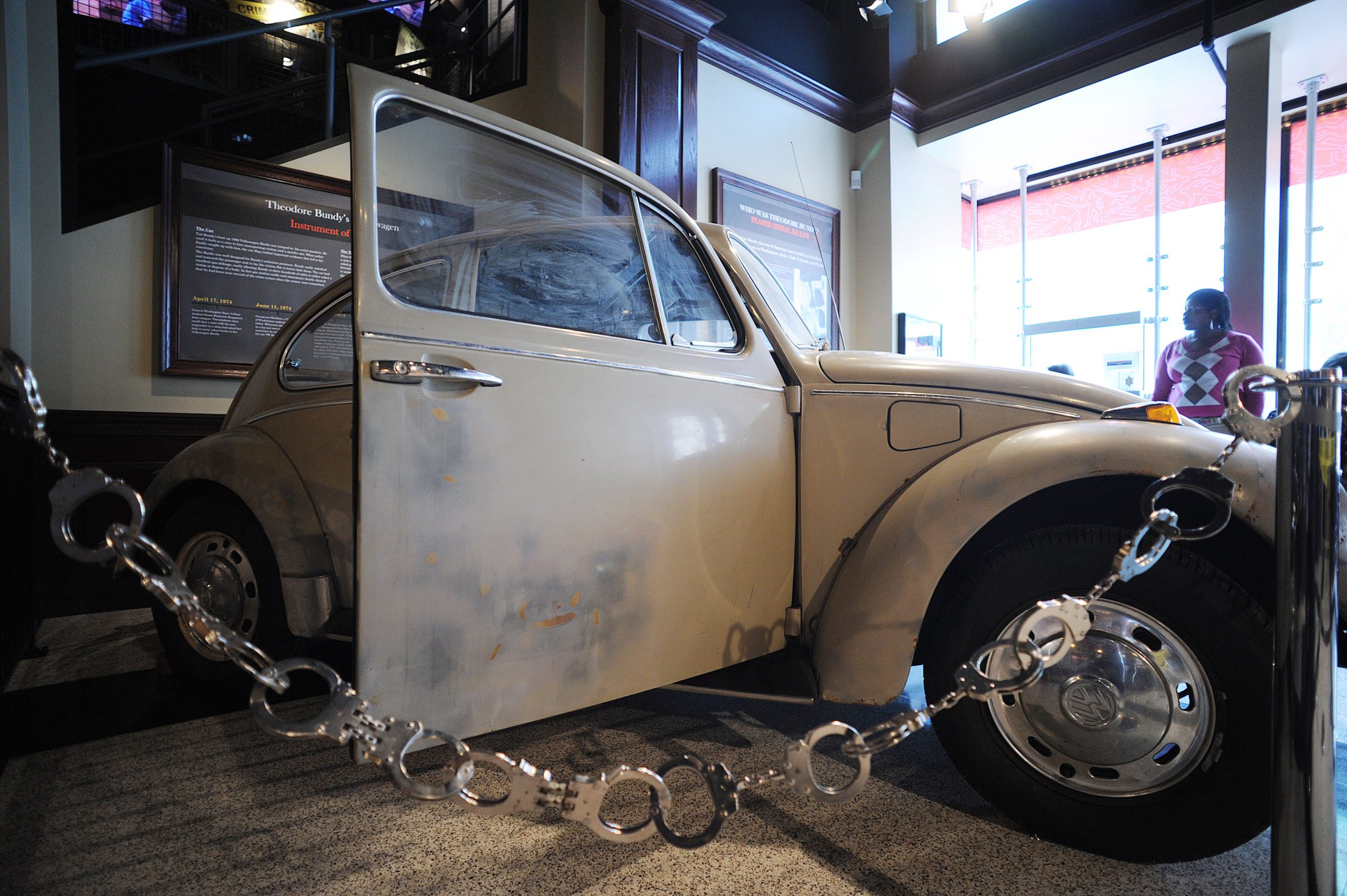 It may not be the Lincoln Memorial or the Smithsonian, but the 1968 Volkswagen Beetle driven by Ted Bundy, one of the most prolific serial murderers in history, is now a tourist attraction at the National Museum of Crime and Punishment in the nationÍs capitol, February 22, 2010. Bundy drove the car as he preyed on mostly young women in Washington state, Oregon, Utah and Colorado in the early 1970s. (TNS)

Between the years of 1974 and 1978, one single man named Ted Bundy killed and raped over 30 young women; some have never been identified.

Netflix recently released a documentary series, “Conversations With a Killer: The Ted Bundy Tapes,” about the infamous serial killer Ted Bundy, with exclusive interviews with him, his wife, his mother, journalists and a young girl who managed to escape Bundy.

The documentary describes the events leading up to Bundy’s murders all the way from his childhood and ends after he has been executed.

The documentary series has gained popularity since the preview of the Ted Bundy movie starring Zac Efron was released. In fact, with Zac Efron starring in the movie, Ted Bundy will most likely be romanticized as a handsome criminal and not so much as murdering rapist.

Bundy was considered a handsome criminal by the general public during his time in court and even after he was scentenced to death row. It wasn’t until later when he confessed to his crimes that the public began to see past his charming facade.

He was so much more for America than a charismatic serial killer, though; he was a lesson.

Some of the young victims were college students who were simply unprepared for such an attack and were in the wrong place at the right time — for Bundy, anyway.

American society in the ’70s was very into taking people at face value. Technology hadn’t yet totally taken over the world and spurred an extreme distrust in other humans. Bundy was able to get away with his crimes because of that fact. For example, he simply picked up young girls off of college campuses who were walking alone at night. On today’s college campuses, security cameras might have been able to review and show that Bundy was the man the police were looking for in a span of days instead of years.

Though the second feminist wave was occurring during that time, women were still not generally very outspoken and were taken care of by a man. Thus, women were taught to be weak and most probably didn’t have an idea of how to defend themselves, giving Bundy a chance to intimidate and overpower his victims.

This can be avoided today by making more women aware that they can take care of themselves and by making self-defense classes and options available. This can be applied to anyone; not just women, but especially for women.

Some tips for staying safe on college campuses:

If you have suspicions or are feeling unsafe on a college campus, contacting campus police is a good first step. They are even allowed to escort students should the need arise.