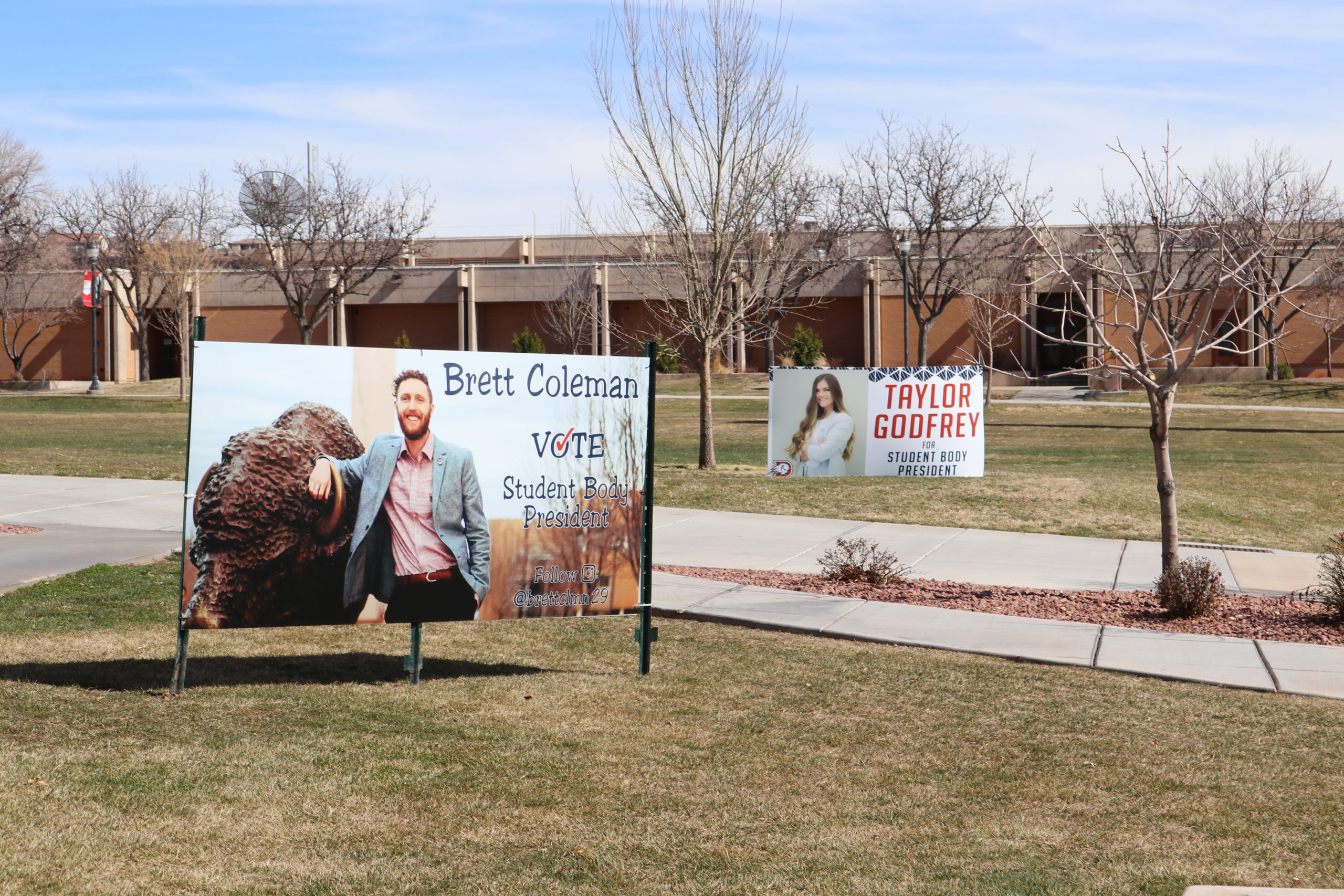 By Jonn Holland and Noelle Spencer

According to policy 4.1.1. of section 541 student government, guidelines for eligibility to run for student office may be requested. However, the guidelines are not readily available.

Candidates running for student government are campaigning for student votes at Dixie State University and to do it correctly, the DSU Student Association must follow the student election policy. This policy is separate from the student election policy and is part of DSU’s policy library. The policy library is found on DSU’s website. The Student Election Information Packet, as well as DSUSA’s constitution, are the guidelines policy 4.1.1 refers to and those are available upon request by either the student body president, vice president of student services or the director of student services.

To the knowledge of the Dixie Sun News, section 541 student government was last updated April 26, 1996. If the policy has been updated since then, there should be physical evidence pointing to when it was last updated or what the updated version entails, but none of this information is provided anywhere.

These policies need to be up to date and readily available for anyone who may be interested in this information.

“The student association contract [policy], as far as the constitution, it doesn’t show it correctly,” said Brett Coleman, a junior communication major from Midway and DSUSA’s vice president of public relations. “That’s something we’ve asked to have changed and it just hasn’t happened yet from our understanding. That’s what I understand. I don’t know if it’s just not been pushed again. I think it’s just one of those things that it’s an IT thing, making sure that it’s uploaded.”

Student Body President Cajun Syrett provided a copy of the Student Election Information Packet, which contains the guidelines candidates must follow while campaigning. He also provided access to DSUSA’s constitution.

Syrett was helpful in obtaining the documents; however, faculty and administration who were approached as sources for an article concerning how the Student Election Information Packet is created, how often it is updated and statistics from previous elections were less willing to cooperate.

After unsuccessful attempts to interview Luke Kerouac, director of student involvement and leadership, his response to an email said, “Unfortunately I am booked this afternoon and tomorrow. I have a consultant coming and will be with him and in meetings all day and will be unavailable for an interview.”

Another attempt to receive information concerning student election statistics from past years was unsuccessful with an email from Kerouac which said he was too busy and would not be able to reply to messages within a timely manner.

Scott Mathie, assistant director for student involvement and leadership, was the only DSUSA adviser that responded to questions concerning why it was important for students to vote, but would not reply to emails concerning where to find previous school years’ statistics of student government elections.

An email was sent to Del Beatty, assistant vice president and dean of students, which included questions about the student election policy. In his response, he said, “I’m the wrong person for these questions.  I do not advise student elections.  You’ll need to speak with one of the DSUSA advisers (Luke Kerouac or Scott Mathie).”

Beatty said he agrees with university policy that guidelines for student elections are available upon request, but further communication with DSUSA advisers was left unanswered.

The Dixie Sun News staff wanted to supply DSU students with information about policies and guidelines candidates running for student government should follow during their campaign. Due to efforts to gather substantial information from real sources were met with unhelpful responses, the Dixie Sun News cannot report on those guidelines and how they guide candidates effectively.