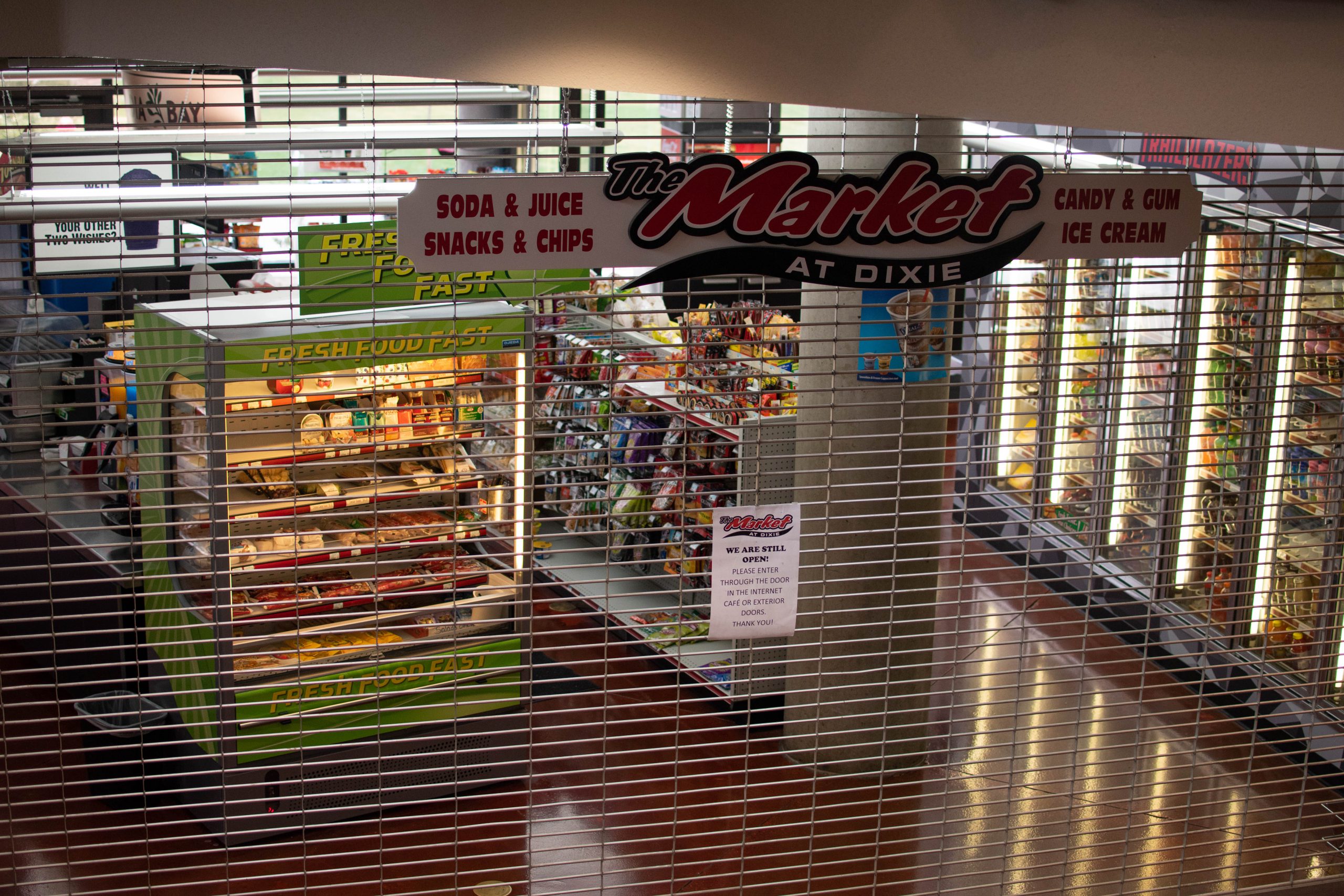 Facilities in the Kenneth N. Gardner Student Center have started taking preventative measures in hopes to curve the rising amount of theft on campus.

The Market now has a gate blocking off one of the exits, and the Campus Store no longer allows student bags inside the purchasing area. Both areas also have cameras and signs littering the problem areas.

“Theft has increased quite a bit all over campus,” said Marci Miller, the operations and technology coordinator for the campus store. “We felt that one of the biggest things that [students] do is put things into their backpacks, so we feel that putting something like [the bag ban] out will help to lessen that a little bit.”

Cashier Reese Rasmusse, a junior computer science major from Toquerville, said he thinks the Market experiences theft multiple times each day. He said the most common items to be stolen are drinks and Subway sandwiches.

Catherine West, a freshman psychology and criminal law major from St. George, works at the campus store and said small items that students can fit in pockets and more expensive items, such as jackets, are the most commonly stolen.

The campus police are typically notified after criminal activity occurs within both of these facilities.

West said she helped catch a student who regularly stole jackets from the Campus Store just about a month ago.

“It was this same kid probably [stealing] quite a few times, but we haven’t had problems with [theft] since,” West said.

Rasmusse said while he thinks these measures may curve thefts to some measure there are still holes with the security. He said small items are easy to slip into pockets inconspicuously. West said he agrees.

“I think there is less [people stealing],” Rasmusse said. “But I do think it is still happening.”