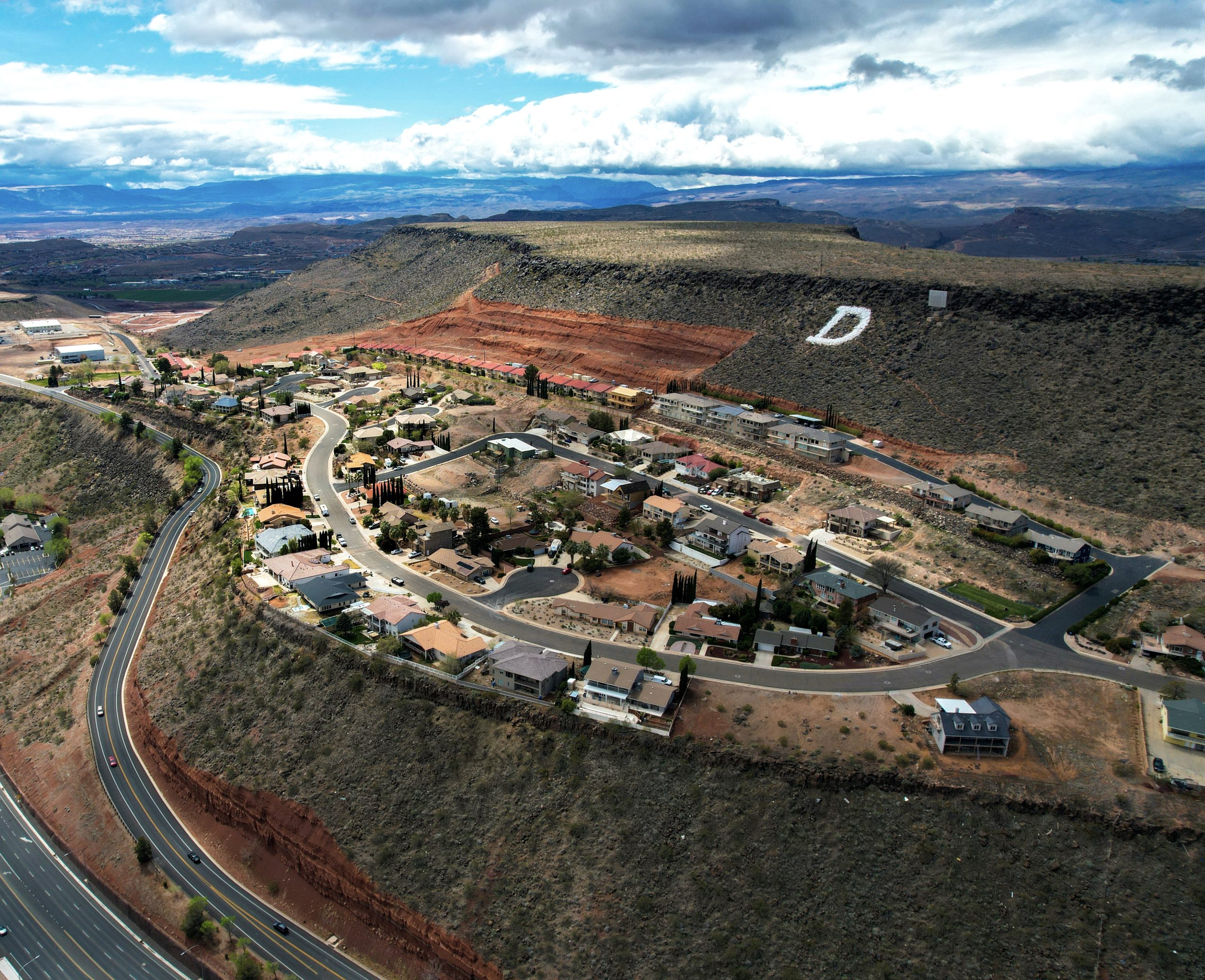 D-Week is a week full of events that bring together alumni, students, faculty and staff. This week is well known for its traditions such as Brook’s Birthday Carnival, D-Queen pageant, Great Race, and much more. Misha Mosiichuk | Sun News Daily

The D-Week title may be going away due to the university name change, but that doesn’t mean you can’t celebrate this year and years to come.

The week of April 4-9 marks the 109th D-Week at Dixie State University. You can expect to see all of the long-standing traditions this year at D-Week; whitewashing the “D” on the hill, D-Queen pageant, Brooks’ birthday carnival, Great Race, and evening of Dixie. Even though DSU will be Utah Tech University next year, these traditions will still be around.

John Bowler, director of alumni relations, said: “I think some would say it [next year’s D-Week] is not the same, it is not going to be the same. We are going to do the same things and we are going to try and engage the students and alumni with the same kind of care, love and respect as we would in the past.”

D-Week is an annual tradition for alumni, current students, the community, faculty, staff, and anyone who wants to participate.

“My hope is that the alumni who feel like we’ve left them will still come and participate. We hope that they can make their way with us and not apart from us,” Bowler said. “We’ve moved a name but we haven’t moved our tradition or our concerns or interest for their well-being and their families well-being.”

Utah Tech University will still hold traditions and the Dixie spirit from DSU.

Benjamin Welch, a senior marketing major from Las Vegas, said: “We are going to have the same events, it is not going to be D-Week anymore, [but] we’re going to rebrand it for the Utah Tech name and branding. It is a tradition we are planning on keeping.”

The D-Queen pageant is April 5 at 7:30 p.m. in the Cox Performing Arts Center Auditorium. Bowler said D-Queen is one of the longest standing traditions. The event is open for everyone to attend; $5 with a student ID and $10 without. The audience will be in the auditorium with a panel of judges who will determine the next D-Queen.

Abigail Scherzinger, a senior nursing major from West Jordan and the current D-Queen, said: “It was so cool to participate as the D-Queen last year. D-Queen is just one of those ways that students have the opportunity to show how they live and embody #thedixielife. I especially loved meeting all the little kids who wanted to take pictures with me, it was probably one of the most precious things I’ve ever been apart of.”

Scherzinger said she encourages anyone who is hesitant to try for D-Queen and attend the D-Week events as it is a good experience and a great way to make connections.

The carnival is April 8 from 6 p.m. to 8 p.m. at the Encampment Mall. This event has games, activities and prizes. Bowler recommends this event for families because of how child friendly it is; however, everyone is welcome to attend.

The Great Race is April 8 from 5 p.m. to 6 p.m. at the Greater Zion Stadium. This event is open to all students and alumni.

Bowler said: “If you were a little bit athletic minded I would say you should get a group for the Great Race. It can include anyone, you can create your own team, it really could be anybody. My family and I have a team and we recruit students.”

Whitewash the “D” on the hill and breakfast

The whitewashing of the “D” on the hill and breakfast, which is going to be Chick-fil-a, is April 9 at 8 a.m. Students, alumni and community members are all welcome to attend, no RSVP is required.

Inferno is the last dance of the year at DSU. The dance is April 9 from 6 p.m. to 9 p.m. in the baseball field parking lot, and tickets go on sale April 4. This is one of four of the events to be a student only event. Other student only events include a hypnotist, belly flop contest and dive-in movie.

Welch said: “Inferno is going to be a high energy dance party, it is going to be so much fun and we will have a DJ for the first couple of hours and then we will have Peach Tree Rascals performing after that. It is the last big dance of the year so it is one more chance to get out there.”

If you would like to volunteer at Inferno, Welch said it is a great way to get involved and you also get a free ticket to the dance.

D-Week is a long-standing tradition at DSU and the tradition will not be going anywhere next year with the new name of the university. You can download the DSU traditions app to stay up-to-date with events.