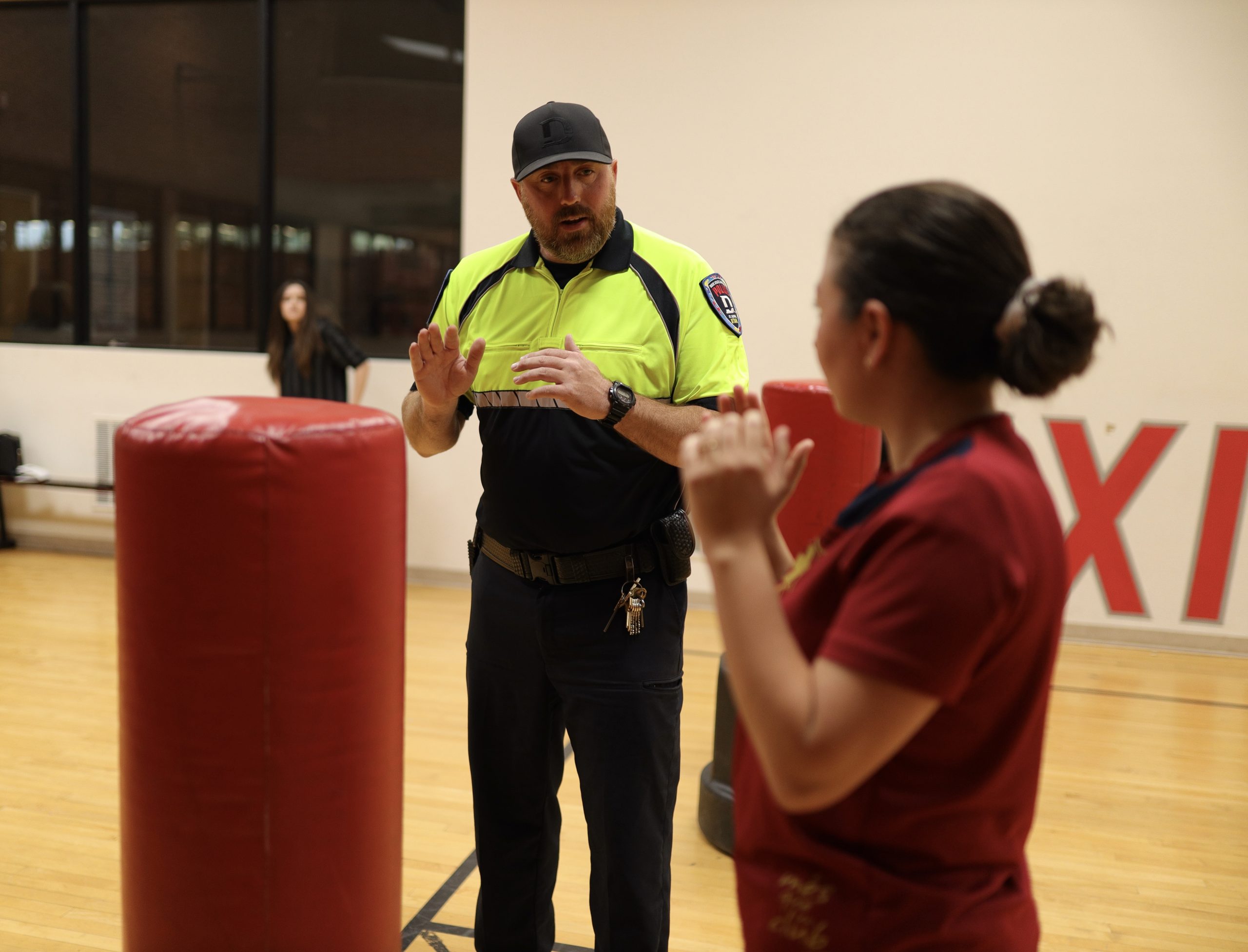 Dan Hayes, a police officer at Dixie State University, is one of three teachers of the self-defense class where he helps students to learn basic fighting strategies, efficient methods to reduce the risk of injuries, and commitment to healthy boundaries. Misha Mosiichuk | Sun News Daily

We never think something bad will happen until it does. It’s normally something we see in movies, not in real life, right?

The harsh reality is those things do happen in real life. Women can be assaulted because they happen to be at the wrong place at the wrong time. Our parents warned us of the dangers of walking around alone late at night or early in the morning before sending us off to college. Most of us probably shrugged it off not thinking anything could happen.

Dixie State University is offering a new class to female students and faculty called Self-Defense Awareness and Female Empowerment. In response to past requests for female safety classes, DSU created the S.A.F.E. class. It is an eight hour course broken down into four two hour classes.

One in five women are sexually assaulted on college campuses and 90% of them are never reported.

Self defense is an important skill to have as a college student. Knowing how to defend yourself in a bad situation could be life saving.

“The S.A.F.E. class will help educate and train women specifically on how to defend themselves physically from assaults,” said Teresa Starnes, police records administrator and victim advocate.

Starnes is instructing the class, and said the overall goal is to create a survival mindset through recognition and a call-to-action plan.

Students never know when they might get attacked or if they ever will, but having the skills to defend yourself or others in harm is valuable.

Blair Barfuss, chief of police and director of public safety, said students will learn physical defense skills, warning signs and how to avoid potential danger. They will understand the value of fighting off an attacker or stepping in to confront someone who may be trying to take advantage of someone who may not be able to physically defend themselves.

In a situation where you are being attacked, there are three possible reactions–fight, flight or freeze. Taking a self-defense class can help students avoid the freeze reaction and keep themselves and others safe.

“It was a really good experience for me and makes me feel a bit safer and more confident when I’m out by myself,” Young said. “I just feel like it’s something that everyone, especially women, should do at some point in their life.”

The S.A.F.E. class is going to be held every spring and fall semester with no extra charge. It will typically be held in the Student Activity Center from 5:30 p.m. to 7:30 p.m. The dates are chosen around staff availability, and an announcement will be sent out to students and faculty. Classes are limited to 12 participants on a first-come, first-serve basis to female students and faculty.