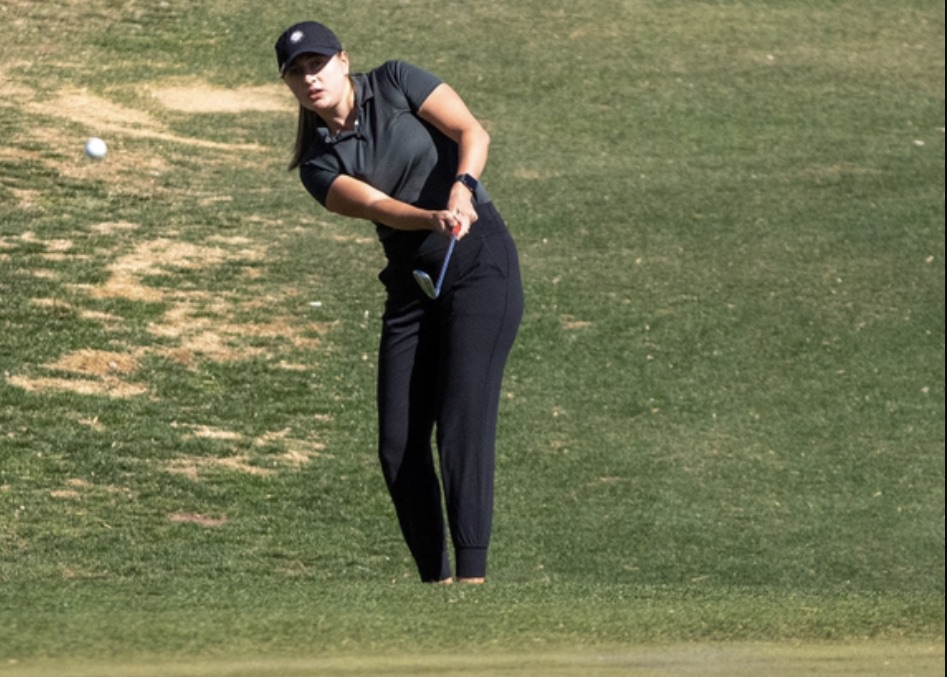 The Dixie State University women’s golf team will be looking to blaze the trail of its future while competing in the WAC championship April 18-20, in Kerrville, Texas.

The team is still in its NCAA Division I transition, so while the athletes can personally medal, the team is not eligible to compete as a team for the WAC championship. However, head coach Lindsey Stucki is still excited for the athletes to compete. She sees this tournament as an opportunity for the team to continue to grow their game as well as show off how much their game has already grown.

“We will definitely be computing our own score to see where we stack up with these other schools,” Stucki said. “The girls have been practicing hard, and this tournament will be a great experience to build upon, as all but one of them competing will be returning to Dixie State next year.”

Abby Livingston, a sophomore health administration major from Novi, Michigan, preaches finding confidence in herself and her team as the key to success.

Livingston is the team’s leading scorer and is one of three other players on the team with four years of collegiate experience. Dating back to her years at Eastern Michigan University, her game and numbers have consistently improved. Coach Stucki’s faith in her abilities, her commitment and her love for the game has led to her having the best year of her career. She credits this consistent growth to the confidence she has in herself.

“To prepare for tournaments, the WAC Championship in this case, I like to go in with full confidence within myself and my team,” Livingston said. “Feeling like I am in a leadership position, I always love to help my teammates out as much as I can. I remind them of how talented they are and that they are all great players.”

Abbey Porter, a sophomore nursing major from Alpine, expressed a similar sentiment and credited the tight-knit nature of the group as the driving source for their growth and success on the course. The real friendships they have built as a group has inspired improvement across the team.

Porter also said the team has put extensive preparation off the course.

“We have taken a lot of time this year to prepare,” Porter said. “From studying stats to working on specific yardages, we have put in the work outside of the golf course to prepare well for our tournaments.”

While the transition to Division I has been a process, Stucki spoke positively of the growth of the team. Stucki said the transition has been somewhat of a slow one, but she has still seen the team consistently improve.