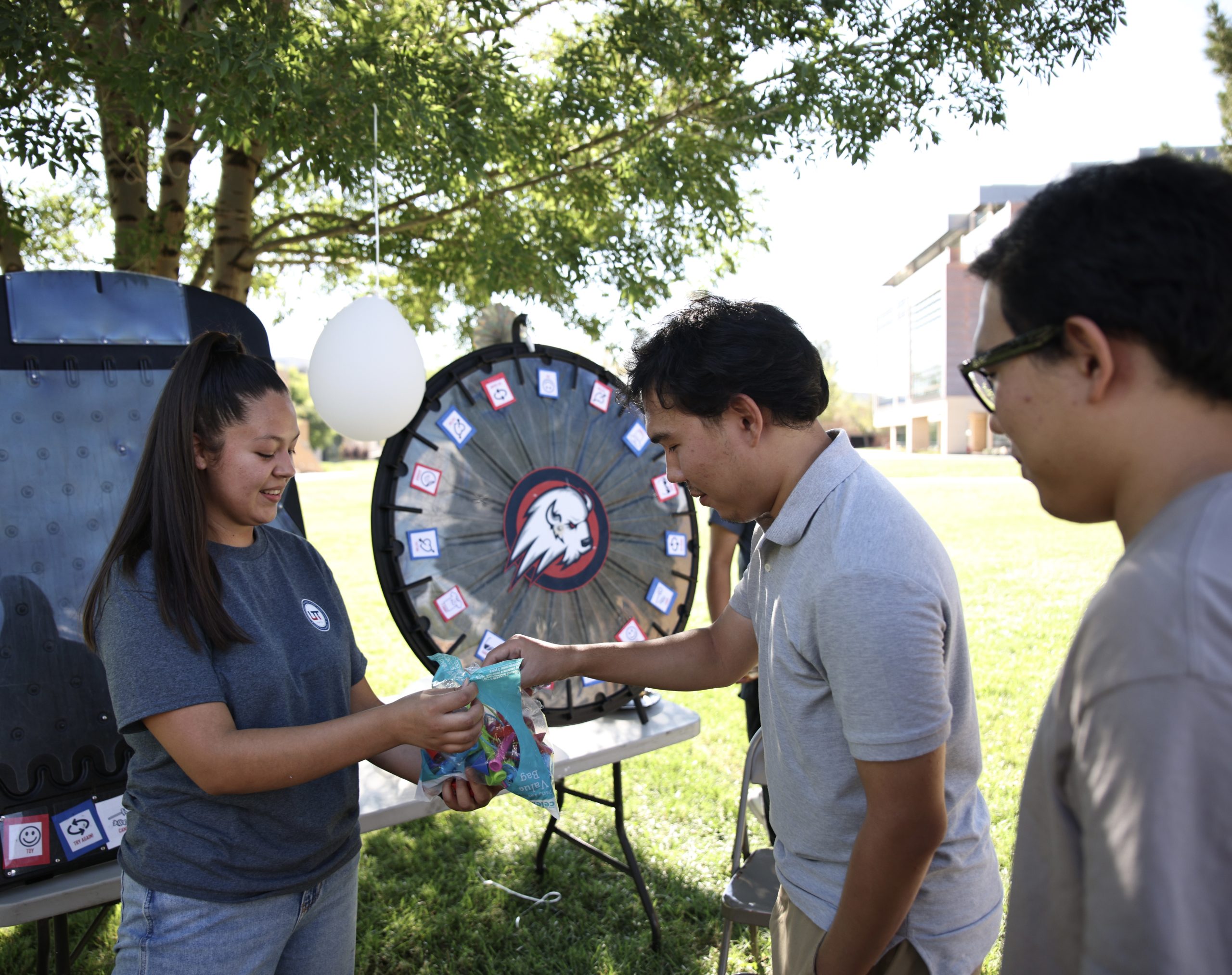 Students participating in the Welcome Back Block Party hosted by Mike Nelson and Center for Inclusion and Belonging. Misha Mosiichuk | Sun News Daily

With not only a new name but also a reinstated mission, the Center for Inclusion and Belonging has become a safe place for everyone.

Located on the first floor of the Browning building, the Center for Inclusion and Belonging (CIB), formally known as the Multicultural and Inclusion Center, looks to be an inclusive space for all identities at Utah Tech University.

Mike Nelson, the interim director of CIB, said the organization’s name change is to help create a more inclusive environment for all.

“We felt that it was time to change the name to represent not just racial and ethnic identities, but to encompass the other identities our students possess,” Nelson said. “… It gives [students] an opportunity to find their authentic self.”

Nelson said many larger universities often have different support departments for each identity, but Utah Tech being a smaller and growing university, the CIB must encompass all these different groups.

“We wanted to show that it wasn’t just race,” Nelson said.

Due to the center changing spaces, and it being so early in the new school year, Nelson said it is, “yet to be seen,” if the new name will bring more student involvement.

“Hopefully, it will draw more people and students in,” Nelson said.

This new mission to incorporate all student identities includes an aim to support LGBTQ students on campus. Despite Pride month being in July, the CIB has events planned to support Utah Tech students that identify as LGBTQ.

Nelson said: “We do have a ton of events spread out throughout the year to help with identification. That can be Transgender day of remembrance, coming out day, we have our drag show… Our LGBTQ student organization will be out there also in the community to give that representation not just as a campus, but in the community to let people know there are resources and a center here on campus.”

The CIB held its first event of the year on Sept. 1. The Welcome Back Block Party offered free food, games and prizes for Utah Tech students.

Attendees like Adam DiMaio, a sophomore engineering major from Henderson, Nevada, said the event did a good job of bringing people together through games.

DiMaio said, “The dunk tank part of the event was a fun way of getting together with friends and trying to dunk people into water.”

CIB events through September and October will be focused on Hispanic Heritage Month.

Participants will be given the opportunity to show off their grace and beauty at the CIB and Utah Tech Student Association collaborated Utah Tech drag show on Oct. 19.

More information on resources and events can be found on their website and through their Instagram @misa.ut.