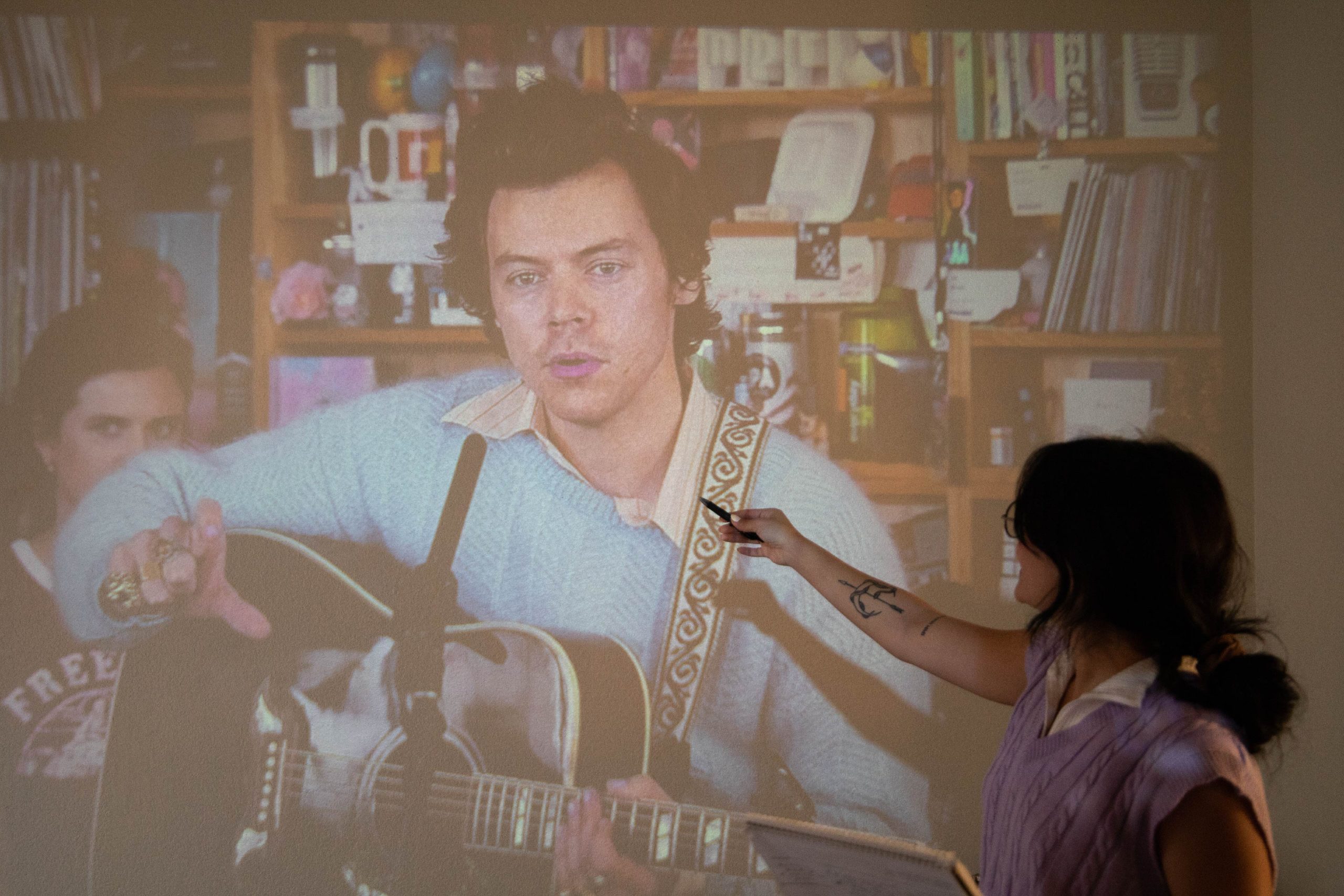 A literature class is “not the same as it was” now that Harry Styles is the focused author of the course.

Universities across the country have started to include pop culture celebrities into their course studies. Such classes focus on Beyonce, Rhianna, Lady Gaga, Taylor Swift and Harry Styles. Incorporating modern-day celebrities into course curriculums would benefit our university. It would add a focus on the literature of the current world and should be considered.

These classes are not just a scheduled time to fangirl. Students will not just come in, dance around to their favorite songs by the artist, and then go home. These classes are just as serious in academia as classes that focus on the influential individuals of decades ago. It is a class to analyze song lyrics, discuss race and gender, and observe the way fans influence celebrities and vice versa.

Implementing such classes on campus would not be a “new” or “unknown” practice. There have been university courses that focus on feminism with Beyonce and Rhianna since 2015. Instead these courses are a way to continue to adapt and change with the times. It is a way to revolutionize literature, culture and music classes at our university.

I commonly find myself not being able to connect and easily getting bored of reading the same, out-dated poems and pieces of literature. Much of what I read, while it has great significance in the literary world, does not spark a want in me to dive deeper. These readings are simply so I can pass the class and move on.

Similarly, many students have said that English courses are not their favorite because the required readings are boring and don’t make sense. Being able to bring in the influential celebrities of today would allow me, and hopefully other students, to be more involved inside and outside of the classroom.

The University of Texas at Austin is opening up a course to look at Taylor Swift’s song lyrics in the same way that students commonly have to analyze Shakespeare and other older poets. Students will have to find “literary devices, figures and tropes of traditional poetry in her work.” This class will show that Taylor Swift’s songs are more than just her singing about love and heartbreak. Her lyrics include “richer literary traditions… both topically but also formally in terms of how she uses references, metaphors, and clever manipulations of words”.

Texas State University also will open a course focusing on Harry Styles. Louie Dean Valencia, associate professor of digital history at Texas State, has the goals of this course to have discussions and research into the influence that Harry Styles has on society. The learning goals for this course will include looking into “questions about gender, sexuality, race, gun control [and] sustainability,” that are more asked about now than ever before. Creating a class that focuses on our culture through the lens of how it is influenced by iconic celebrities of our time is beneficial for students.

Universities are also being careful in the celebrities they chose for these courses. Each of the celebrities that now have a class focused on their works is very accomplished. Taylor Swift has won 11 Grammys, was the first woman to win album of the year three times, and has another plethora of awards from her career. Harry Styles has three Grammys, lots of nominations, and wins under his belt from his days in One Direction and as a solo artist. These two singers, in particular, stand for good causes and try to influence people to be kind and to be their true selves.

Utah Tech could benefit from considering and implementing classes that focus on music artists that students adore and can learn a lot from their music and influence on society.