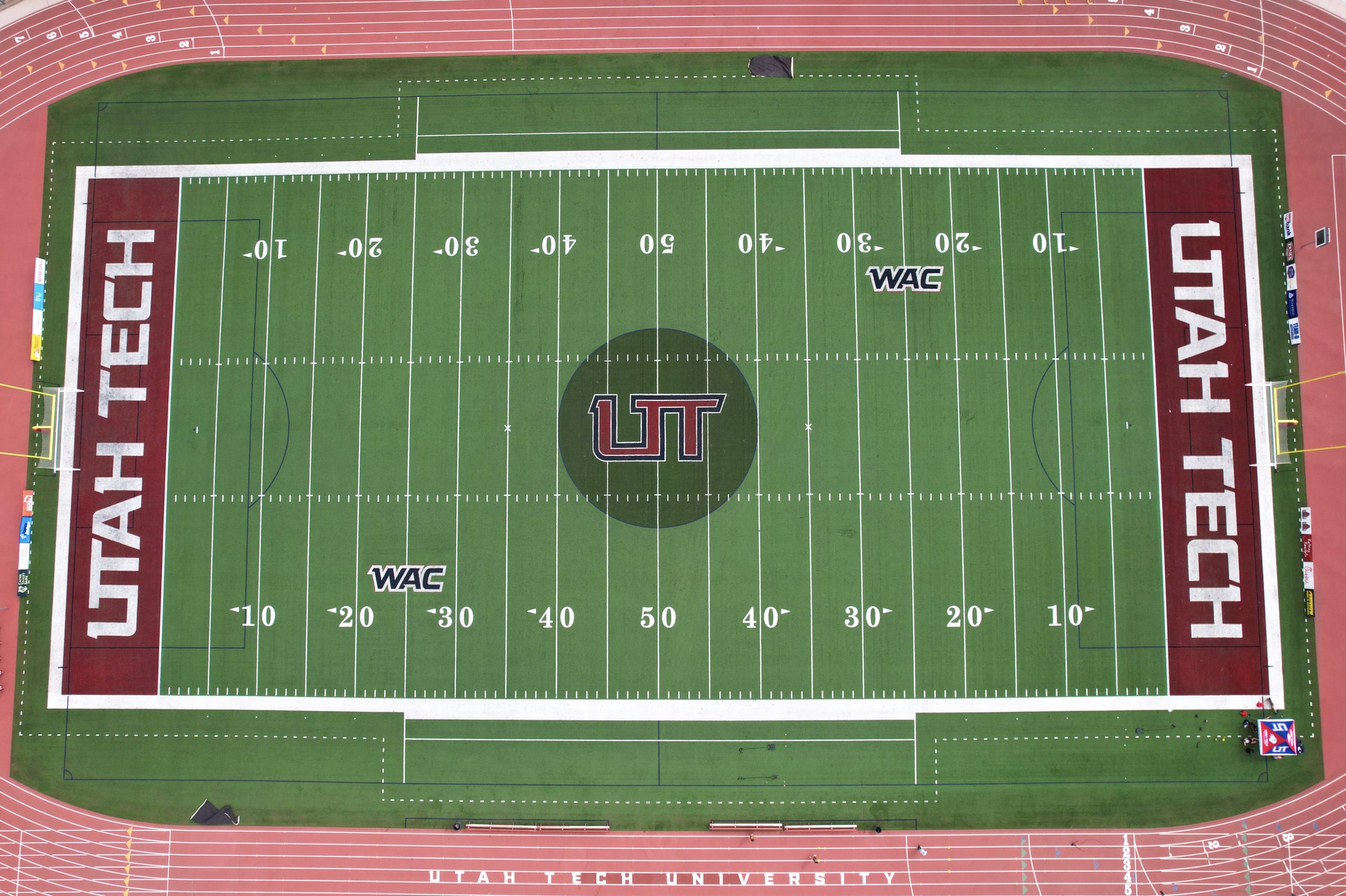 Quali Conley, a sophomore exercise science major from Fresno, California, contributed to the Trailblazers’ victory with three touchdowns and rushed for a career-high of 139 yards. Along with spectacular offense, the Trailblazers’ defense caused five second-half turnovers resulting in a 56-10 defeat.

The Trailblazers started the game with a 10-yard touchdown run by Conley putting Utah Tech on the board 7-0 with the extra point with about 11 minutes left in the first quarter.

Chadron State later responded with a 1-yard goal line run, followed by an extra point by Brooksby to tie up the game at 7-7 for the remainder of the first half.

Utah Tech continued the momentum throughout the second half of the game and ignited the crowd with an interception by Kaejin Smith-Bejgrowicz, a senior business management major from Las Vegas.

33 seconds into the Eagle’s next possession, safety Tyrell Grayson, a sophomore finance major from Fresno, California, had an interception and 51-yard return to complete a pick-six that took the lead to a 42-7 game.

Chadron State’s Gunnar Jones had a successful field goal attempt from the 25-yard line with less than nine minutes remaining in the game to complete their scoring push of the game.

Conley finished out the scoring for Utah Tech with his third touchdown of the night ending the game with a score of 56-10 for the Trailblazers.

Conley had a career-setting night by recording his first 100-yard rushing day and three touchdowns. The three touchdowns moved him up to sixth place on Utah Tech’s career touchdown run list.

Tracy also had a record-breaking night. He threw for a career-best 388 yards and completed 25 out of 44 passes. This was the second consecutive game Tracy threw 300-plus yards.

Hobert also had a career night as a successful target 11 times and racked up 161 yards on those catches.

Utah Tech’s total offensive onslaught included 561 total yards on offense with 398 of those in the air and 163 rushing yards on the ground.

In addition to the home win, the newly renovated Greater Zion stadium was in full tact, along with the Trailblazers’ newly painted field.