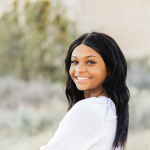 The transition to Division I athletics has resulted in bigger games and better upsets. Here are some of the best games from the 2021-2022 school year. DSU vs. SUU The Dixie State University men’s basketball team started its season with a hard-fought loss against Gonzaga University Nov. 9 but came back with a win against […]

OPINION | DSU has the worst Wi-Fi

‘They are heading in the right direction:’ DSU football team wraps up spring camp

The Dixie State University football team concluded its 2022 spring camp in preparation for the coming fall season.  Over the near five-week camp, the team participated in 13 practices and finished with the annual spring game. During this time, the Trailblazers put in work to improve for the first complete season in the WAC and […]

After conducting a nationwide search, Dixie State University has selected a new executive director of intercollegiate athletics after Jason Boothe stepped down Jan. 7. University president Richard “Biff” Williams announced Ken Beazer is the permanent executive director of intercollegiate athletics March 30. Beazer has served as interim athletic director since January when he was selected […]

The Dixie State University women’s track and field team will compete at its second outdoor invitational of the season on March 31 at Utah Valley University. DSU will travel to Provo after nearly a three-week break since last competing at the Ben Brown Invitational. During this invitational, the Trailblazers set two program bests, along with […]

‘I still have a lot to prove:’ Kaden Hollow demonstrates determination, leadership and talent

Kaden Hollow, a sophomore recreation and sports management major from Boise, Idaho, has had a successful collegiate career thus far with new achievements to add to his list of accomplishments. Hollow is a catcher on the Dixie State University baseball team. With a batting average of .351 and a near-perfect fielding percentage, Hollow shows he is […]

OPINION | Both running and walking are effective forms of cardio

Running and walking both have benefits that contribute to a healthy lifestyle, but which one is the best for you? My dad has run the St. George Marathon for as long as I can remember. I have been at every finish line, and I knew I eventually wanted to run with him. When I was […]

The Dixie State University women’s basketball team acknowledged its only senior during the season finale on March 5. Shanaijah Davison, a senior communication studies major from Woodland, California, started her collegiate basketball career at Long Beach State and finished it at Dixie State University.  Long Beach State  Davison’s stats as a freshman reflect on her […]

‘We trust in the process’: DSU women’s track and field team breaks 6 records

Dixie State University’s women’s track and field team closed its 2022 indoor season with the breaking of six school records. The team competed at the 2022 WAC indoor track and field championships in Albuquerque, New Mexico, Feb. 18-19. The championship consisted of multiple events across the span of two days, 13 of which the Trailblazers […]

Athletes of the month: student athletes continue to set the bar high

Dixie State University’s athletes Paulina Sansores and Hunter Schofield continued to go the extra mile while carrying their teams. Paulina Sansores Paulina Sansores, a freshman business management major from Queretaro, Mexico, started swimming when she was 4-years-old and has been racing since she was 7-years-old.  Sansores has performed exceptionally during the 2021-2022 swimming season. During […]